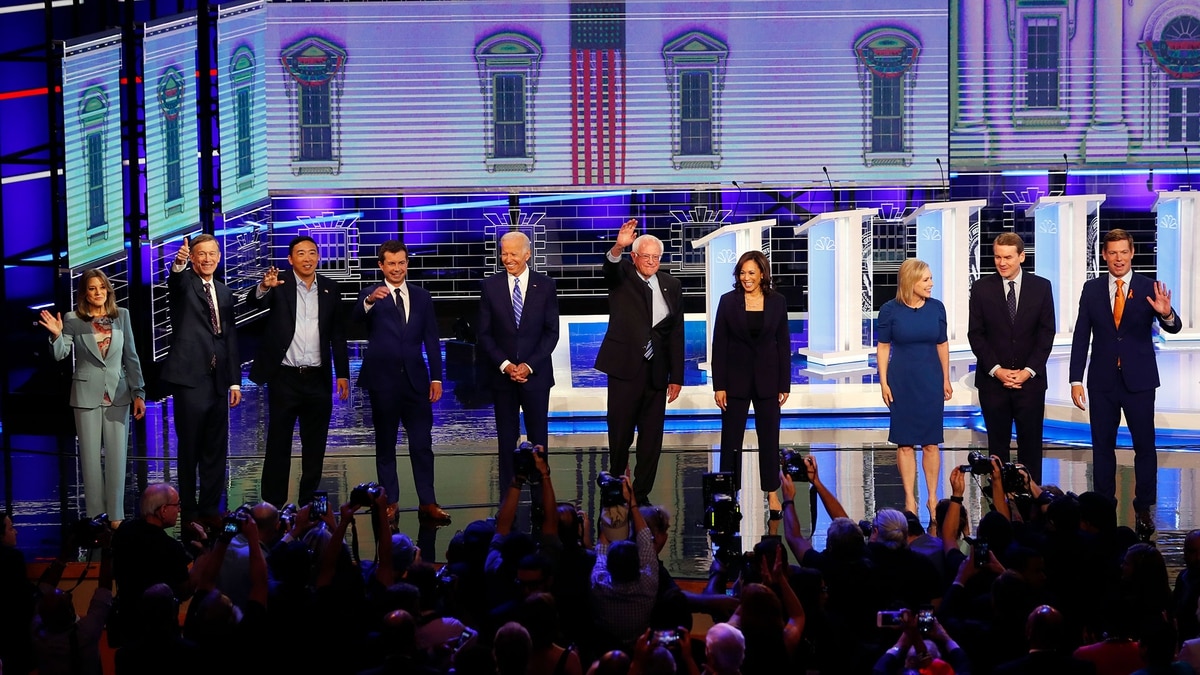 One of the parts that was least talked about in the debate on Tuesday between the candidates of the Democratic Party was the exchange that took place in relation to automation and how to deal with it. However, it is worth focusing on that exchange because it was interesting; and interestingly, I mean depressing. Erin Burnett of CNN, one of the moderators, asked a bad question and, in general terms, the participants in the debate – perhaps with the surprising exception of Bernie Sanders – responded in a rather bad way.

So let me make an appeal to the Democrats: please don't fall into the bottomless pit of robotization.

However, if you think that even that sounds bad, ask yourself the following: when, in modern history, has a phrase like that not been true?

After all, in the forties, in the United States there were about seven million farmers and about twelve million workers in the manufacturing industry. The machinery could relieve a good part of the work that the Americans were doing (and in fact they did it), and the people at that time wondered where new jobs could come from. If you think that concerns about automation are something new, remember that Kurt Vonnegut's novel "The Pianola", which imagines a dystopian future in which machines perform all jobs, was published in … 1952.

Desp ite this, the generation that followed was a golden era for American workers, who saw dramatic increases in their income and many of them immediately entered the growing middle class.

They may argue that this time is different because the pace of technological change is much faster. However, that is not what the data says. On the contrary, the productivity of workers – which is the way in which we measure to what extent workers are being replaced by machines – has lately grown much more slowly than in the past; It increased less than half from 2007 to 2018 compared to what grew over the past eleven years.

That leads us to wonder what Andrew Yang is talking about. Yang has based his entire campaign on the premise that automation is destroying mass jobs and that the answer is to give everyone a salary, which would be well below what a decent job would pay. As far as I know, he is offering an inadequate solution to an imaginary problem, which, to some extent, is somewhat impressive.

Also let me recognize Joe Biden, who echoed what Yang says about "a fourth industrial revolution." I will come back to it in a minute.

Elizabeth Warren called into question Burnett's premise, when she said that the main reason we are losing jobs is the trade policy that has motivated jobs to go abroad. This argument was shattered by the data verifiers of The Associated Press, who declared that automation was the "main culprit" of job losses in the manufacturing industry between 2000 and 2010. In reality, Warren's argument was more correct. that the information of the supposed data reviewers; Reasonable calculations say that trade was responsible for a large portion of the loss of jobs in the manufacturing industry in the decade before the Great Recession.

However, without a doubt, Warren was wrong to suggest that changing trade policy would help attract jobs back. He had a stronger foundation when he continued with his broader agenda of addressing inequality and the power of the richest.

As I said, the best answer was that of Sanders. No, I do not support his job guarantee proposal, which probably cannot be implemented, but he was right when he said there is too much work to be done in the United States and also when he pointed out the need for large-scale public investment, which Even the mainstream economists have been defending as a response to continued economic weakness.

Why? Because the lasting weakness – yes, we currently have low unemployment, but it is only thanks to extremely low interest rates and we are very poorly prepared for the next recession – it has nothing to do with automation, but with inadequate private spending.

So why so much fixation with automation? Perhaps it is inevitable that many technological types like Yang believe that what they and their friends are doing is historical and the revelation of the time, even if history does not prove them right. However, more broadly, as we have argued in the past, for a considerable part of the political and media leadership class, talking about robots – that is, technological determinism – is, in effect, a distraction tactic.

That is, blaming the robots for our problems is an easy way to sound modern and avant-garde (hence, Biden talks about the fourth industrial revolution), as well as a pretext for not supporting policies that would address the true causes of weak growth and exorbitant inequality.

So, to insist on the dangers of automation, although it may sound very inflexible, in practice it is a kind of escapist fantasy for centrists who do not want to face the really difficult questions. In addition, progressives such as Warren and Sanders who reject technological determinism and face the political roots of our problems, at least on this issue, are the real stubborn realists in the room.

Other Democrats will follow suit. They should focus on real problems and not be distracted by the pseudoproblem of automation.