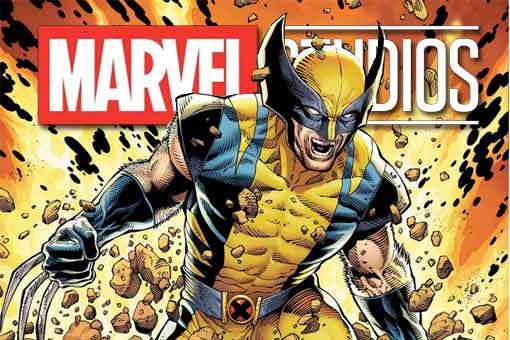 Marvel movies face a fascinating dilemma: How to introduce the X-Men and have everything cohesive?

As we know, Disney bought FOX and with that recovered characters such as the X-Men and the Fantastic Four. For fans it is great news because Marvel movies will earn a lot if they manage to integrate them properly. That is, without multiverse or break of continuity.

Here we leave the fan theory, we await your comments in the opinion section.

The mutants existed for a long time, in fact The Celestials experimented with humanity and that is why the races of The Eternal and The Deviants were created, something that we will see in one of the next Marvel movies. After that, Gen X has been dormant in humanity.

Charles Xavier (Professor X), was born in the 1980s. He studied genetics and many other fields such as history and ancient religions. He made his discovery of Gen X during his college days, a rather inactive and useless gene but with unlimited potential. His article in this regard at 16 years (90s) was finally used to boost the Extremis project (Iron Man 3).

Along the way he met Erik Lehnsherr and became close friends with him. Erik was born in the 1980s too. In Bosnia and was a survivor of the genocide of Srebrenica (Bosnian War), the past must be changed, because he cannot be young during the Nazi Holocaust. They can also invent another origin and that is from Sokovia, so it would fit with that he is the father of the Maximoff twins.

Due to his discovery of Gen X, Charles had the idea that he was previously active in the distant past, leading to stories, legends, myths, religions that we know today. In fact The Eternal will be confused with Gods, as happened with the Asgardians with the Nordic civilization.

Then the Avengers arrive.

In Marvel movies we saw how the world suffers an alien attack or a psycho robot and these superhumans come to light and becomes common for humanity. Charles Xavier became more absorbed in his idea, which since the incident in New York has become even more plausible. So his research became even more intense. He discovered that the highest concentrations of latent Gen X correlate with people with almost superhuman abilities (intellect, memory, endurance, perception, agility, strength, even psychic abilities, etc.). That's why he started with the “Xavier School for Gifted Youth” with his close friend Erik Lehnsherr around 2010. A special school for special children (with high amounts of Gen X) to help them with their gifts, focusing on their respective fields of specialization.

Around 2025, because of two “clicks” in a row, that of Hulk and Iron Man, many latent X genes in humans will be activated, especially in those with higher concentrations, which means that every student in the school Xavier will become a "mutant." Something similar to what HYDRA did with Scarlet Witch and her brother Quicksilver, but this time worldwide. Something that we have already seen in the series Agents of SHIELD with the Inhumans.

Without knowing Charles and Erik, it never occurred to them to prove themselves, but they were also high-concentration Gen X humans, and were surprised by their new abilities, telepathy and magnetism. This is the beginning of the X-Men. The tension will increase between the two founders that will lead to the conflict and their eventual division and rivalry.

All this should be explained in several movies or a Disney + series.

Marvel movies have a problem with Wolverine, since his story in the comics has always been marked because he has many years and to live so long he would have to have Gen X active. So that would have to happen before 2025. The only argument is that he is very special and only Gen X was activated or could have some contact with an Infinity Gem, just like it happened to Carol Danvers in Captain Marvel.

What do you think of this theory of X-Men and Marvel movies? Leave us your comments in the opinion section.