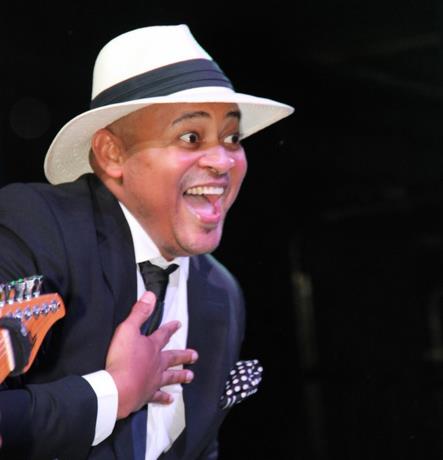 Wason Brazobán and the urban do not quite understand each other. Many of the musical movement understand that the romantic singer has them between eyebrow and eyebrow and in the last hours they fight a new media battle.

Wason once again unleashed the wrath of some when he questioned the idea that there is no need to go to school because many urban people were not and today are successful. And to top it off, he gave two popular urban examples as an example.

“Every time I hear someone say: ‘that school is not important for success, because there are many urban people who are successful and did not go to school’ I wonder and when they have an emergency and have to operate it, who is going to operate? Buling or The Alpha?

On the comment on Instagram in his hastag #Wasonpensando he added: “And doctors, engineers, lawyers, etc., how do they train if they don’t go to school?

The publication of the interpreter of “La Mala” generated almost 3 thousand comments, but also provoked reactions from those mentioned and figures from the urban sector.

The Alpha was the first to shoot: “How we progress in this country if adults, instead of educating and guiding youth, prefer to place a post in IG using their academic experience to criticize young people instead of sharing their wisdom and lead us on the right path… ”

Then El Alfa added: “So we can have a better future for real, sharing the positive, not the negative.”

The interpreter of “La calle bota fuego” advised young people to “put on your own that the adults are on Facebookd and Instagram, these people are not giving advice.”

The Alpha said that some of his relatives ask him to upload a photo in his IG and he “stopped it dry” because “that is to work, not to relax.”

Bulling also gave his answer to Wason: “Sometimes I do not understand why they always label me within the social degradation, if I am only a young man who comes from poverty and from working humbly, since God gave me the virtue to exercise this as a work that brings daily bread to 10 families that he represented in each of my work team ”.

Hours later Wason touched the subject again in another post in which he maintains that “studying will continue to be the safest way out of poverty, but especially ignorance.”

While it is true, he said, there are artists, athletes or figures who have had success without having an academic career, “not everyone will run that luck.”

And he warns: “If nobody studies in the future when they have to have an illness, who will do it? Wason Brazobán? Or who will fly the plane that takes you on a trip to other countries? Sergio Vargas the black guy from Villa ? “

His questions followed: “And the engineers, pilots, doctors, lawyers, professors of the future? If you don’t study who can defend us? The Chapulín?

Already between Wason and the urban there is a history of media lawsuits for three years. In June 2018, the singer-songwriter gave an advice to the artists, which did not really like the urban exponent Lápiz “Conciente” that did not remain silent and reacted.

Pencil responded to Wason’s message: “You have a thousand years making good music, you are one of the best and where is your Grammy or your recognition of“ leader ”no matter how capable you are, society does not copy you like an urban, you know why ?, because they do not obey Darwin and his famous statement that you must know well; which statement I am talking about, you are suffering from this, Dunning – Kruger, Wason, with all due respect. “

To that Wason replied that “I only gave one advice from my point of view, not because I feel superior to anyone or be blind about reality …”.

Then he finished: “I also respect you as a pioneer that you have been and I also respect your ability to make good music as some of the ones you have done, but what I cannot respect are some pieces that infect the minds of thousands and thousands of children who follow you in exchange for a momentary sound, yes, momentary because what has no substance is early. “

Last October, Wason reopened the controversy by stating that the urban genre no longer has fans because now the fans are also urban performers. The warning was made through an instagram message on the social networks of the influencer Dotol Nastra:

“The urban genre is becoming saturated because it no longer has fans, because fans are also urban singers,” say the singer’s words.

Then he added: “That’s why you see the party of an urban and they singing and the audience with their backs to them, because they don’t feel fans anymore, but competition.”

Wason’s comment on Dotol Nastra’s Instagram came after the commentator posted a video of the Pikilao, where they splurged drinks on the floor and breaking money ballots.

After these clashes with Wason, the movement sees him as the great enemy of the urban genre in the Dominican Republic.