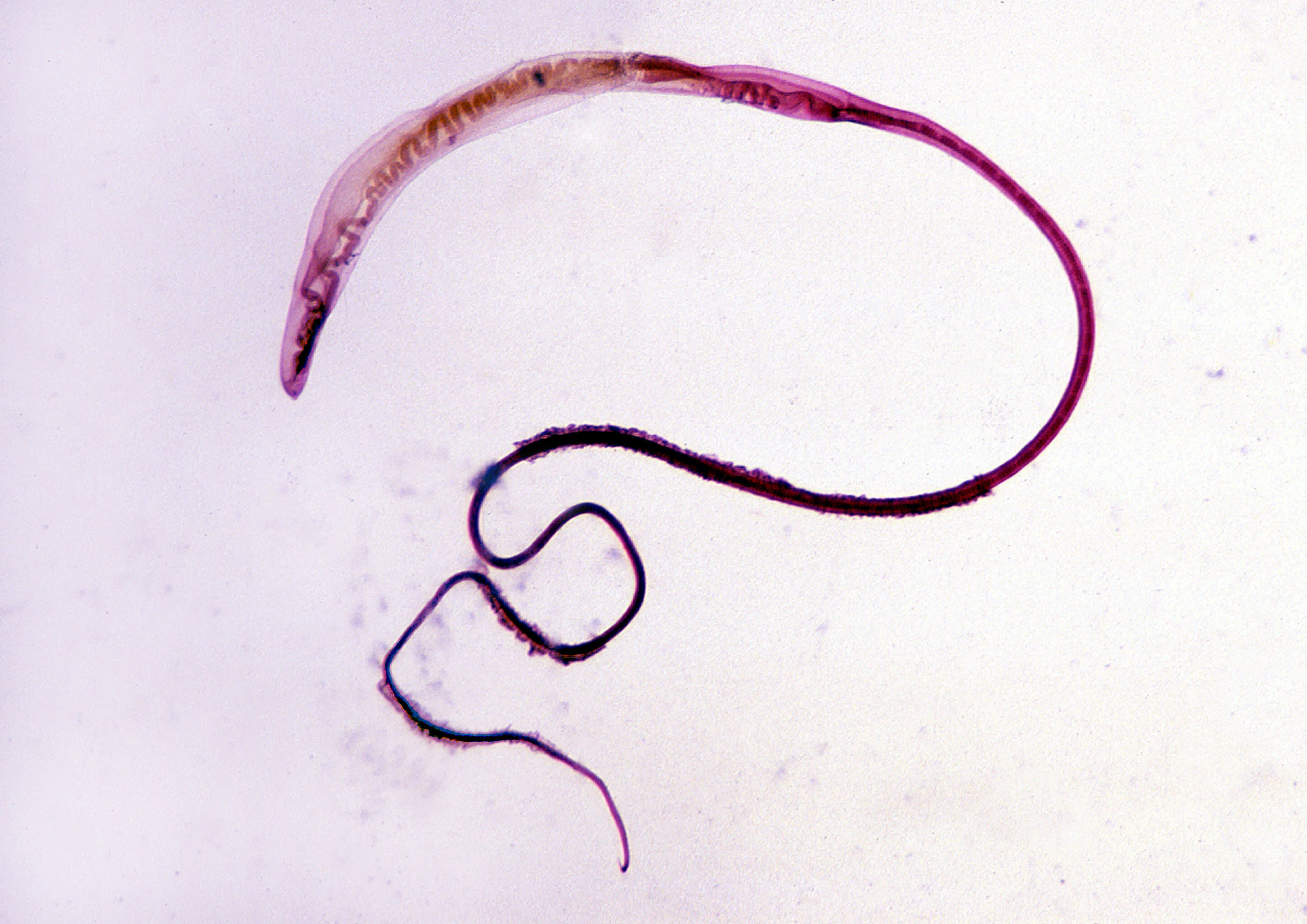 The fear of parasites has led thousands of people to post photos of their own feces in a private group of the Facebook social network and to look for a series of remedies proposed by other members of the group that medical experts consider not supported by scientific research and potentially dangerous, the NBC network reported.

Publications in these groups are another example of the wrong health information that can be found on social networks, and increase the pressure on Facebook to take action against misinformation.

Publications follow a clear pattern: a member writes about a perceived health condition or symptoms along with any regimen to which they are subjected. Then, in the first comment, the member usually sends a picture of their most recent evacuation.

All these people are convinced that their bodies are full of parasites, reports NBC.

"What is this? It feels like a slug. It is at least 2 inches long and is the only thing that came out. Photo in the comments," reads a recent publication of the Humaworm Group of parasites and natural health, which It has 33,000 members on Facebook.

Humaworm is just one of many Facebook groups in which people come together to share and diagnose what they claim are parasitic infections. The groups also share a variety of treatments that are not backed by science.

A private group with 1,300 members, called ‘Parasites cause all diseases’, promotes drinking turpentine to cure ailments.

Parasites are organisms that live in a host that serves as a food source, are a legitimate health problem and can cause diseases such as malaria, toxoplasmosis and Chagas disease.

But the claims made by Humaworm and other groups in networks about parasites, that 90% of Americans are hosts of parasites that are seriously ill, are drastically exaggerated, according to data from the Centers for Disease Control and Prevention.

And although these groups have been under pressure from the authorities, including a recent raid of federal agents in the business behind Humaworm, they have so far succeeded in circumventing Facebook moderation, in part by adapting to new rules, including the use of phrases coded as "fairy tales" in an attempt to portray their activities as works of fiction.

Group members, however, clearly take the issue seriously. Many of the publications come from parents looking for ways to treat what they believe are parasites in their children.

"What is a sure way to start a 5-year-old child a treatment / cleaning of parasites?" A mother published this week.

A raid on Mississippi

In the past year, health advocates and legislators have been increasingly critical of social media platforms, including Facebook and YouTube, for hosting and recommending content that disseminates erroneous health information.

Although Facebook has taken steps to reduce the pages against vaccination and provide warnings on pages and groups that promote disinformation of the vaccine, they did not ban the accounts that promote such content. This summer, Facebook said it would reduce the reach of posts with "exaggerated or sensational health claims," ​​but declined to act against groups that promote potentially dangerous remedies.

Facebook did not answer NBC's questions related to the Humaworm community, but groups that promote similar questionable safety products have been removed for violating Facebook's rules on "non-medical drugs," which prohibit content that promotes the sale of medications or describes the personal use of medicines outside of recovery.

The owner of this business, Reba Bailey, 48, manufactured and sold homemade herbal pills that, according to her, could cleanse the body of parasites and treat almost all diseases, from headaches to cancer. Agents confiscated equipment, herbs and computers, according to Bailey's social media posts.

The raid led Bailey to make the Humaworm group private.

"ANNOUNCEMENT: HUMAWORM IS CLOSED TODAY," Bailey published in his then group open to the public. “I can't talk about why. I WILL HIDE THIS GROUP. "

After the October raid, Bailey changed the name of her Humaworm Parasite Removal & Natural Health Group Facebook group to Parasites & Natural Health, and she and her group members began referring to specific recipes of herbs like "fairy tales" to avoid what they fear. It's an upcoming Facebook ban, according to the posts seen by NBC News.

"Is there a fairytale porridge recipe for Lyme in a 5-year-old child or a nursing mother?" Asked a member after Bailey wrote the recipes for several other herbal remedies. Lyme is a bacterial infection caused by the bite of an infected tick.

Many of the publications in Bailey's group are not from people seeking advice for themselves, but from parents seeking ways to treat what they believe are parasites in their children.

Bailey did not respond to requests for comments sent by email and message on Facebook, and a message left on his company's phone number was not answered.

A campaign on the GoFundMe website for Bailey's living expenses has raised $ 3,500. He has also written a recipe book for his products that he is selling for $ 39.99.

The FDA declined to comment on the raid "as a matter of policy," according to a spokesman.

Internet provides a lot of information and connectivity for the sick and their doctors. But for people who are too anxious, isolated or desperate for the symptoms that doctors have not been able to name or treat, online diagnoses and participation in social media groups such as those dedicated to cleaning parasites on Facebook can increase their fears, a phenomenon known as Cyberchondria.

The wrong belief that the body is being invaded by worms also has a name: delusional parasitosis.

Posts in the parasite's Facebook groups document the effects of many of the suggested remedies. Humaworm and other 'miraculous' cures of non-FDA approved parasites have caused general pain, skin rashes, headaches, fevers, heart irregularities and flu symptoms, according to publications seeking confirmation that these are symptoms of " death "of the parasite.

"These types of cures are things we used to see before medical knowledge or research," said Jennifer Grygiel, an assistant professor and social media researcher at the Newhouse School of Public Communications at Syracuse University. "The environment of the media is degrading so much that we are wandering back, towards the medieval era."

"People read less about medicine from journalists or medical professionals," Grygiel said. "It's not even Dr. Google anymore. People are increasingly dependent on social networks and Facebook is reaping the benefits."

Side effects aside, using a photo on Facebook to diagnose a parasitic infection is unreliable, said Dr. Benjamin Levy, head of the gastroenterology division at Mount Sinai Hospital in Chicago.

"The appearance of stool is useful when it comes to determining the state of hydration," Levy said. But people worried about parasites "should go see a doctor and ask the doctor to order the stool test, where a laboratory can observe the sample under a microscope."

Levy offered a warning about enemas, supplements and other home remedies promoted by group members.

"Depending on the device or substance used, it can cause irritation or abrasions and can break off the skin or mucosa and exacerbate hemorrhoids," Levy said. “In 2019, we have excellent medications that have been studied and considered safe. My advice would be to seek medical attention before seeking solutions on the Internet. "