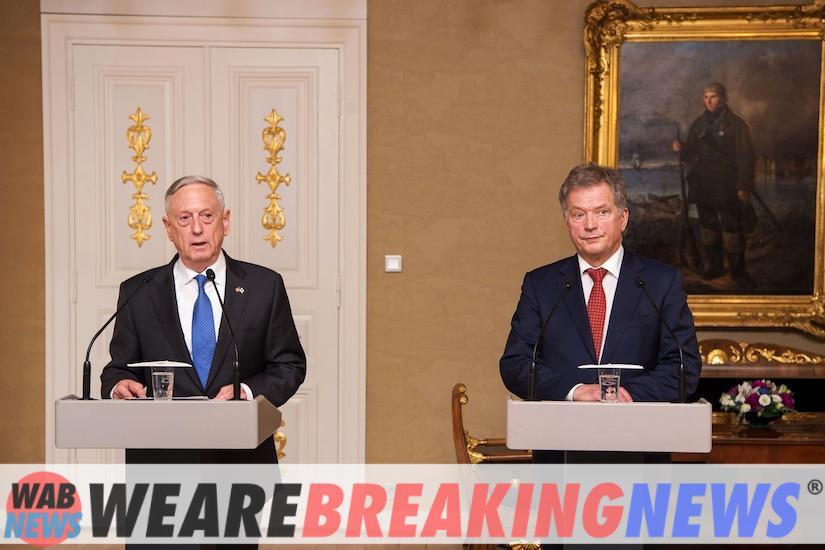 HELSINKI (AP) — Finland’s president and prime minister said Thursday they are in favor of applying for the country’s NATO membership, paving the way for an expansion of the military alliance amid Russia’s war in Ukraine.

The historic step for Finland, announced by President Sauli Niinisto and Prime Minister Sanna Marin in a joint statement, means that Finland is almost guaranteed to apply for NATO membership, although some steps remain before the formal process can start.

Neighboring Sweden is expected to decide on joining the alliance in the coming days.

Russia reacted with a warning. The Foreign Ministry said in a statement that if Finland joins NATO, “it will cause severe damage to Russian-Finnish relations and to stability and security in Northern Europe.”

“Russia will be forced to take retaliatory steps of a military-technical and other nature to counter emerging threats to its national security,” the ministry said.

“History will determine why Finland needed to turn its territory into a bastion of military confrontation with Russia while losing independence in its decision-making,” he added.

The statement follows an earlier comment by Kremlin spokesman Dimitri Peskov that Finland’s decision will not help stability and security in Europe. Finland sh ares a 1,340-kilometre (830 mi) land border with Russia.

Peskov said that his country’s response will depend on the concrete measures that NATO adopts to bring its infrastructure closer to the Russian borders and pointed out that the president, Vladimir Putin, had already ordered the elaboration of measures to reinforce the defenses in the west in response to the Alliance expansion.

In Estonia, a NATO member also a neighbor of Russia, Prime Minister Kaja Kallas tweeted that “our neighbors to the north are making history”. She promised to support “a speedy process of admission” of Finland to NATO.

Moscow had warned of “military and political repercussions” if Sweden and Finland decide to join NATO. In the event that they request it, there will be a transition period that will last from the time the request is submitted until the parliaments of the 30 member states ratify it.

“Now that the moment of decision-making is near, we present our same points of view, also to inform parliamentary groups and parties,” the leaders said in a joint statement. “Joining NATO will strengthen Finland’s security.”

“As a member of NATO, Finland will strengthen the entire defense alliance,” they stated. “Finland must apply for NATO membership without delay. We hope that the national process necessary to make this decision will be carried out quickly in the coming days.”

In 2017, Sweden and Finland joined the British-led Joint Expeditionary Force, which is designed to be more flexible and quicker in its response than the larger NATO. It uses NATO standards and doctrine, so it can operate in collaboration with the Alliance, the United Nations or any other multinational coalition.

Since the start of the Russian invasion of Ukraine on February 24, the two Scandinavian countries have been considering abandoning decades of neutrality to join NATO.

Alliance Secretary General Jens Stoltenberg has said the organization will welcome them with open arms — both have strong, modern armies — and hopes the entry process will be quick and smooth.