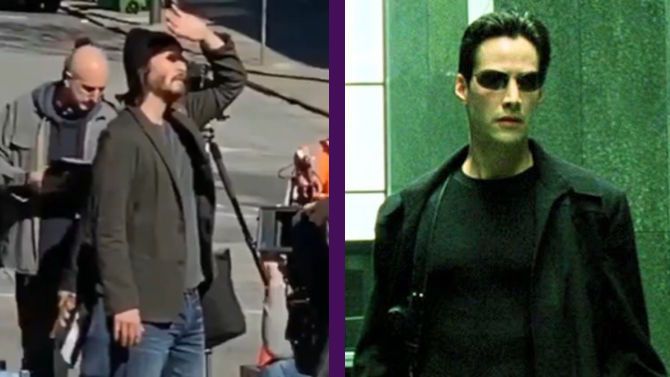 The Matrix fans can finally take a look at the new look (one of them, hopefully) that Keanu Reeves will wear in the fourth installment of the saga – where he will play the iconic role of Neo again.In Stories captured in San Francisco and shared by instagramers like Doug Dalton or Rodrigo Leandro, we can see the 55-year-old Canadian with long hair and beard, wearing a winter hat and casual jeans – no doubt, nothing to do with the neat and stylized cyberpunk outfit we are accustomed to The franchise: This change of costumes has made many think that Neo will end up connected again in Matrix and will live as one more dreamer, ignorant of reality – while his true body lies connected to the machines and is used as a source of energy. The truth is that we cannot rule out that option, especially in view of the little that is known today about the script.This is the first time we see Reeves characterized as Neo since 2003 ending the original trilogy. with Matrix Revolutions. Thanks to ABC7 News (via Metro) we have learned that filming has taken place in the Chinatown neighborhood (San Francisco), with director Lana Wachowski in front.Remember that, after the end of the second season of Sense8, Lana assumed the Reins of Matrix 4 without his sister Lilly (co-creator of the saga). Last year, Lana said about this new installment of the saga: “Many of the ideas about reality that Lilly and I explored 20 years ago are even more relevant today than then.” “I am very happy to have these characters again in my life, and grateful to have another opportunity to work with my brilliant friends. ”In addition to Reeves, Jada Pinkett Smith, Carrie-Anne Moss and Lambert Wilson will also resume their respective roles as Niobe, Trinity and Merovingio. And although at the moment the story is a mystery, we know that Jessica Henwick, Neil Patrick Harris and Yahya Abdul-Mateen II will have roles in it. Written by Aleksandar Hemon, David Mitchell and Lana Wachowski, and directed by the latter, Matrix 4 has its premiere scheduled for May 21, 2021 (the same day as John Wick 4). More stories that may interest you: