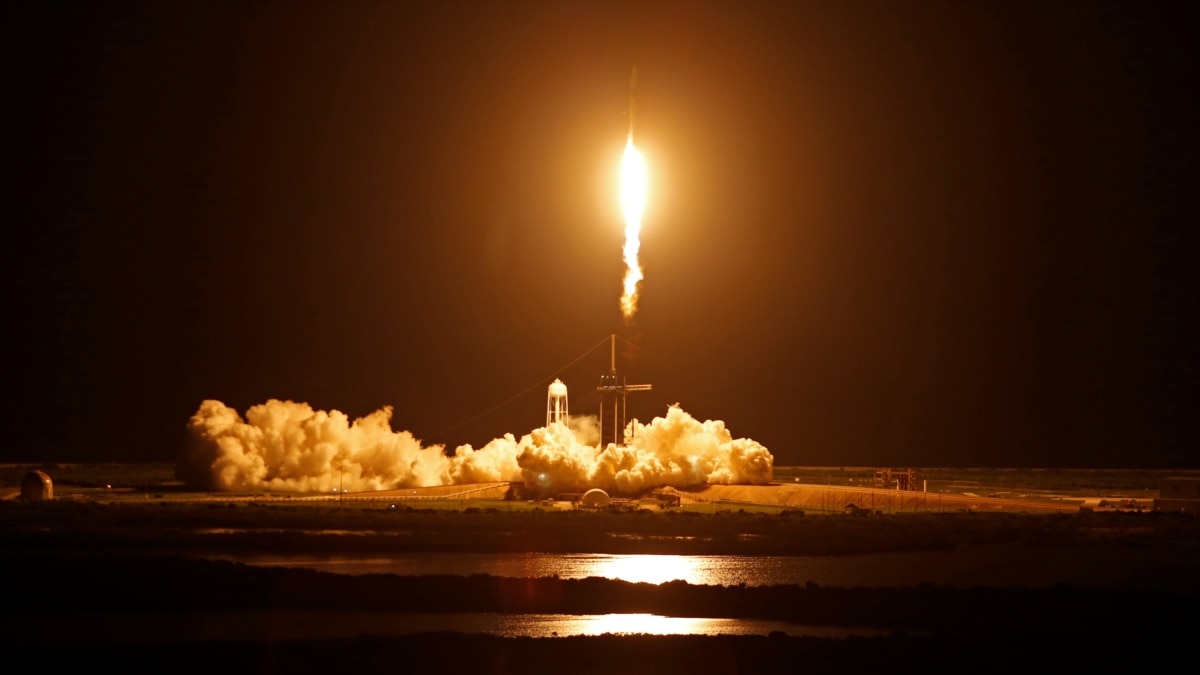 US magnate Elon Musk’s aerospace company SpaceX put the first private space flight into orbit on Wednesday, with four civilians who are not professional astronauts. Two men and two women make up the first “tourist” crew into space in a Crew Dragon capsule, which has already been tested and taken astronauts to the International Space Station, and will orbit the Earth for three days at an altitude of 160 kilometers. The Inspiration4 mission follows the billionaire space tourism trend started in July by Jeff Bezos, the founder of Amazon, and Richard Branson, with ships from their own aerospace companies, Blue Origin and Virgin Galactic, respectively. The passengers this time around are another billionaire, Jared Isaacman, founder and CEO of e-commerce firm Shift4 Payments Inc., who is traveling with two contest winners, Sian Proctor and Chris Sembroski, and medical assistant Hayley Arceneaux. Sembroski, 42, is a computer engineer from Everett, Washington, and Proctor, 51, a college educator in Tempe, Arizona. The crew of the “tourist” flight Inspiration4. Dee left to right: Chris Sembroski, Sian Proctor, Jared Isaacman and Hayley Arceneaux. INSPIRATION 4 photo distributed by Reuters. Arceneaux, 29, is a childhood cancer survivor who works at the institution where she was treated, St. Jude Children’s Research Hospital in Memphis, Tennessee. Isaacman, 38, has promised to donate $ 100 million out of his pocket to the hospital and is trying to raise another $ 100 million in donations. Time magazine put the price of the four seats at $ 200 million. The capsule, which was retrofitted with a wide dome-shaped window at the top instead of the usual mechanisms for docking with the space station, will orbit well above the station and the Hubble Space Telescope. At that altitude, it will circle the world once every 90 minutes at a speed of about 27,360 kilometers per hour, or about 22 times the speed of sound. The mission will end over the weekend when the capsule lands in the sea off the coast of Florida.
[Con información de AP y Reuters]
Connect with the ! Subscribe to our YouTube channel and activate notifications, or follow us on social networks: Facebook, Twitter