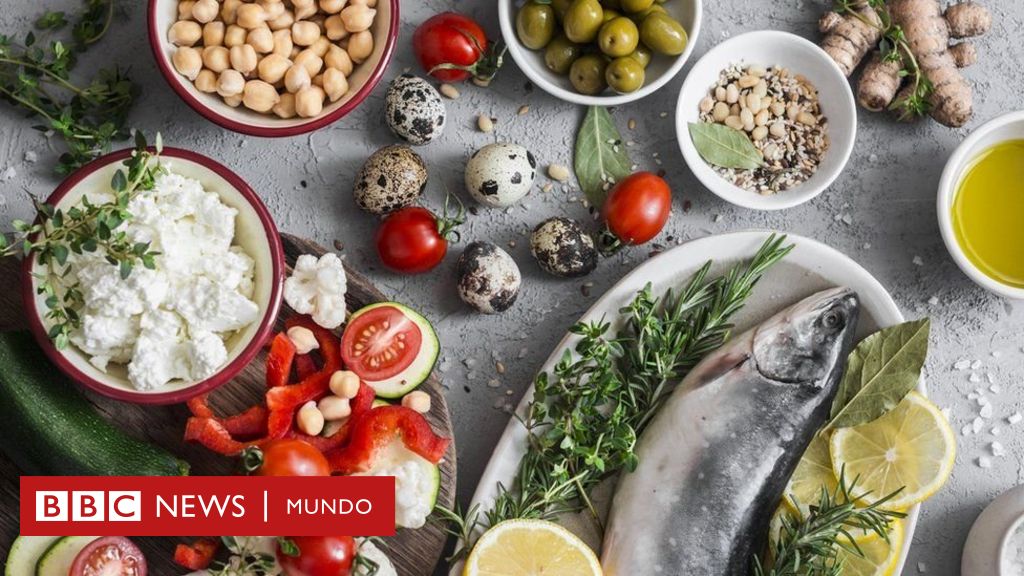 A good diet is key for our health in general, and for our brain in particular.

"Food is one of the few risk factors for neurological diseases that are in our hands to modify and control," Dr. Gurutz Linazasoro, a spokesman for the Spanish Society of Neurology, told BBC Mundo.

Experts point out that there are no magic foods, but the important thing is to have a balanced dietary pattern.

"The most studied dietary pattern is the Mediterranean diet," explains Linazasoro.

What is the Mediterranean diet really?

It also contains moderate amounts of fish, white meat and some dairy products. And also used for cooking and dressing especially olive oil.

"The keys are to eat healthy, balanced and in moderation," insists the expert.

Given these recommendations, from the point of view of the functioning of the brain there are several very important nutrients and foods. Let's see some of them.

The nervous system and specifically the brain are tissues that are very rich in water but also have a very important lipid (fatty) component, the dietitian-nutritionist and doctor in Functional and Molecular Biology Ramón de Cangas told BBC Mundo.

In fact, explains the member of the Spanish Academy of Nutrition and Dietetics, more than 60% of its dry weight is made up of lipids, so certain fatty acids are especially relevant.

A diet rich in this nutrient "has been shown to have a number of benefits, including less cognitive impairment and lower risk of diseases such as Alzheimer's."

They are foods rich in vitamin C, which according to several studies is associated with better cognitive performance.

"Perhaps it is due to its antioxidant function and because it participates in the production of neurotransmitters — the biomolecules that are responsible for transmitting information from one neuron to another—", explains the nutritionist.

The same thing happens with bananas, rich in pyridoxine, a form of vitamin B6 that participates in the metabolism of neurotransmitters.

They are foods rich in polyphenols, which "have shown interesting results in preventing cognitive impairment due to their antioxidant effect that protects neurons," says Ramón de Cangas.

Avocados have a type of healthy fatty acids for our brain.

Avocados, along with olive oil and other monounsaturated fat sources (a type of healthy fat) "are interesting in preventing cognitive impairment precisely because of their richness in this type of fatty acids and also in certain phytochemicals (nutrients of origin vegetable), "says the dietitian-nutritionist.

How good is it for health to eat eggs?
The prickly pear cactus and four future "superfoods" that may be good for you (and maybe also for the planet)
Walnuts

Walnuts are excellent sources of protein and healthy fats.

They are rich in a type of omega-3 fatty acid called alfalinolenic acid (ALA), which helps lower blood pressure and protects arteries. This is good for both the heart and the brain, according to the Harvard Medical School.

Nuts are sources of protein and healthy fats.

The three enemies of the brain

Linazasoro insists that the key to all this is variety, but also moderation.

"It's no use eating two kilos of nuts every day or every day two avocados."

"There are no miraculous foods or miraculous diets, but there are those that are enemies to the brain, such as salt, sugar and trans fats (those found in processed foods)."

Saturated fats: does cholesterol really increase and the risk of heart disease?

Remember that you can receive notifications from BBC Mundo. Download the latest version of our app and activate them to not miss our best content.