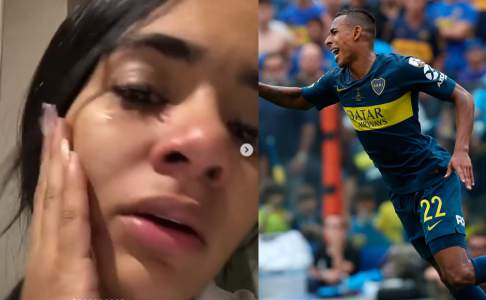 Daniela Cortés, ex-girlfriend of the player Sebastián Villa, denounced this Sunday that she lost a pregnancy due to the physical abuse and assaults of the current Boca Juniors footballer.

“Last year, for May I was pregnant with him. One day we had a very strong discussion, where he hit me and mistreated me. After a few days I had an impressive bleeding, but I went to the doctor the next day because I woke up with colic. Sure enough, they took an x-ray and told me that there was no more fetus. I lost the pregnancy due to the blows she had given me, ”Cortés said in statements to Crónica TV.

“He is a bipolar person. For a moment he is happy and shows joy, but in another, anger, he is rude, insults. Sebastián is a box of surprises because he constantly changes his attitude. I forgave him many times. I always believed it was going to change. But one day it is good and another day it is bad, ”added the Colombian, who a week ago made a public complaint on Monday night on social networks and then ratified it before the Argentine courts.

Regarding this latest act of violence that triggered the court filing last week, the player’s ex-girlfriend said: “He started talking to my mom. When he ended the call, he started beating me. He pulled me by the hair, he threw me on the floor. Fists, kicks, he was out of control. It was horrible”.

Villa, 23, arrived at Boca Juniors in mid-2018 from Deportes Tolima, a club in which he debuted as a professional in 2014 and with which he won two titles: the 2014 Colombia Cup and the 2018 Opening Tournament.

Villa debuted with the Colombia team in September 2018. EFE