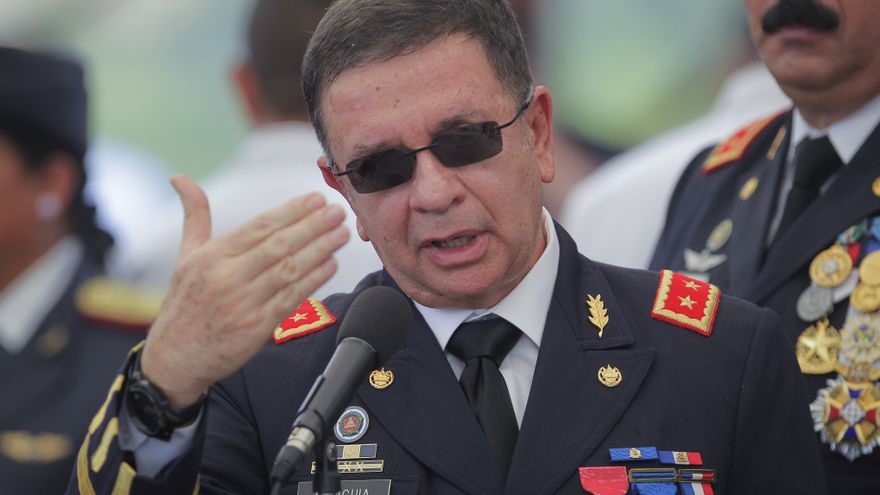 SAN SALVADOR (AP) – With orders from the Public Ministry, Salvadoran police on Thursday captured former Minister of Justice and Public Security, Mauricio Ramírez Landaverde, and seven other former officials of the government of President Salvador Sánchez Cerén, accused of acts of corruption.

The director of the National Civil Police, Commissioner Mauricio Arriaza Chicas, confirmed to the press that in addition to Ramírez Landaverde, the former Vice Minister of Security, Raúl Antonio López, and the police officer, Marco Tulio Lima, who served as director of Penal Center.

“For years the safety of Salvadorans was a business for them, it is time to end the impunity of these white-collar criminals,” said the Minister of Justice and Public Security, Gustavo Villatoro.

Ramírez Landaverde, who was appointed Minister of Justice and Public Security in January 2016. He had previously served as general director of the National Civil Police (PNC) from 2014 to 2016 and as deputy director of the police from 2012 to 2014, in the governments of the leftist party Frente Farabundo Martí para la Liberación Nacional (FMLN).

In June 2019, President Nayib Bukele told Ramírez Landaverde of having participated in alleged acts of corruption in the management of funds from the stores that operate in the country’s prisons, which were administered by the Asociación Aso Cambio, which presides over the former official.

Delgado said that the investigation carried out in coordination with the PNC, “gives us enough evidence that confirms their participation in the design of a diversion mechanism and discretionary use of the resources captured in the penitentiary stores.”

The Attorney General later told the media that the investigations concluded that at least since the NGO AsoCambio was created, when “a mechanism for diverting money from the penance stores” was generated, which would be around 14 million dollars.

For his part, Villatoro assured that with the investigation they reveal one more way in which former FMLN officials took advantage of the money from Penal Centers to enrich themselves. “The FMLN, as a political party, began to use the NGOs before, during and after the war to finance its activities as a guerrilla at that time. What this investigation says is that they once again used figures that they already knew as the oenegés ”, he added.

Villatoro rejected that it is a political persecution and warned that “we are not going to stop as a government to bring all these former officials to justice.”

Recently, the security authorities captured several former officials of Mauricio Funes and a judge decreed preventive prevention, including former President Sánchez Cerén, who had already left the country for Nicaragua.

On July 30, the government of Daniel Ortega granted Nicaraguan nationality to former President Sánchez Cerén, who is subject to an international arrest warrant to be processed by the Cerén family to be prosecuted for the crimes of money laundering and illicit enrichment.