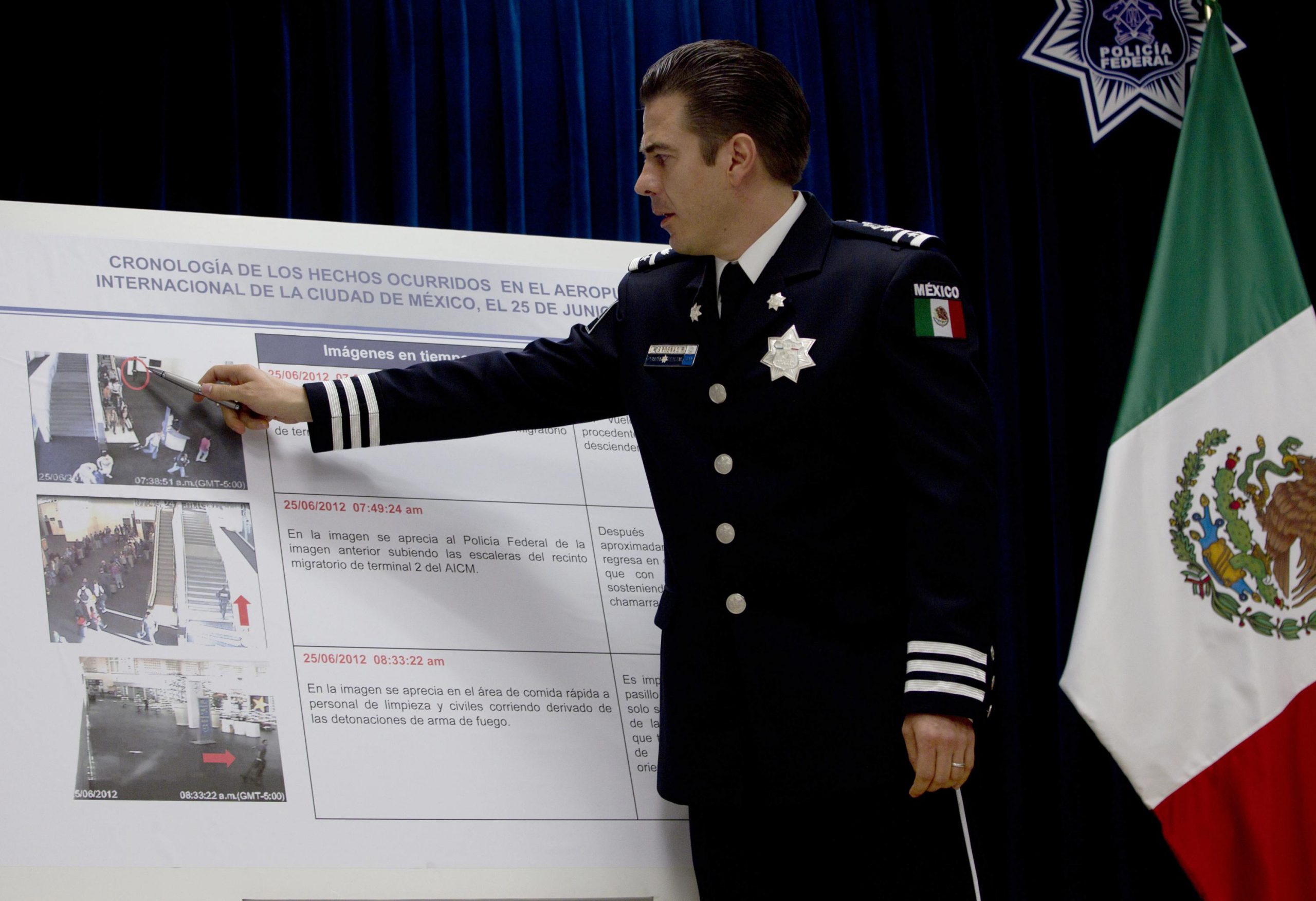 MEXICO CITY (AP) – On Monday, Mexican authorities arrested a former chief of the defunct federal police and the right-hand man of the former Secretary of Security, detained in the United States, whom they accuse of torturing members of a gang of kidnappers.

Luis Cárdenas Palomino, former head of the Regional Security Division, was detained in the town of Naucalpan, in the state of Mexico, the Attorney General’s Office reported in a statement on Monday.

The detainee was at the disposal of a federal judge.

The former police chief and 12 other members of that body had been requested since September last year for allegedly beating and torturing four members of a gang of kidnappers known as “Los Zodiaco” in 2012.

The arrest of Cárdenas Palomino was confirmed by President Andrés Manuel López Obrador, who indicated during his morning conference that “there is no longer impunity.”

Although the charges that led to the arrest date back to 2012, according to the statement from the Prosecutor’s Office, one of the most notorious scandals in which Cárdenas Palomino and his boss Genaro García Luna were involved was the arrest at the end of 2005 of the French Florence Cassez for kidnapping .

Around her capture, a montage was organized to show her before the television cameras, a performance that the Mexican Supreme Court described in 2013 as “planned and orchestrated staging” that “vitiated” all the evidence, which led to Cassez being put on released after seven years in prison for violations of due process.

However, Israel Vallarta, who was arrested at the same time, is still incarcerated, although the federal government is analyzing the possibility of amnesty.

For José Reveles, journalist and author of several books on organized crime, Cárdenas Palomino was “the executor of all that montage and one of the main operators of García Luna” at a time when many innocent people were arrested, the disappearance of police and clashes that were never clarified.

In his opinion, his arrest may be very important for the process that is being carried out in the United States against the former secretary because “he is a privileged witness” of everything that García Luna did, for which he considered that it is most likely that his extradition.

Cárdenas Palomino was considered the right arm of García Luna, arrested in December 2019 in the United States, where he faces a judicial process for allegedly having received huge amounts of money from the Joaquín “El Chapo” Guzmán cartel in exchange for allowing him to traffic cocaine to its widths.

In June 2020, Cárdenas Palomino along with another García Luna collaborator, Ramón Pequeno, were accused in the United States of receiving millionaire bribes from the Sinaloa Cartel.

A federal grand jury filed the charges against both. According to US prosecutors “they allowed the Sinaloa Cartel to operate with impunity in Mexico” for years.

García Luna was Secretary of Public Security from the end of 2006 to 2012 under the government of former President Felipe Calderón.