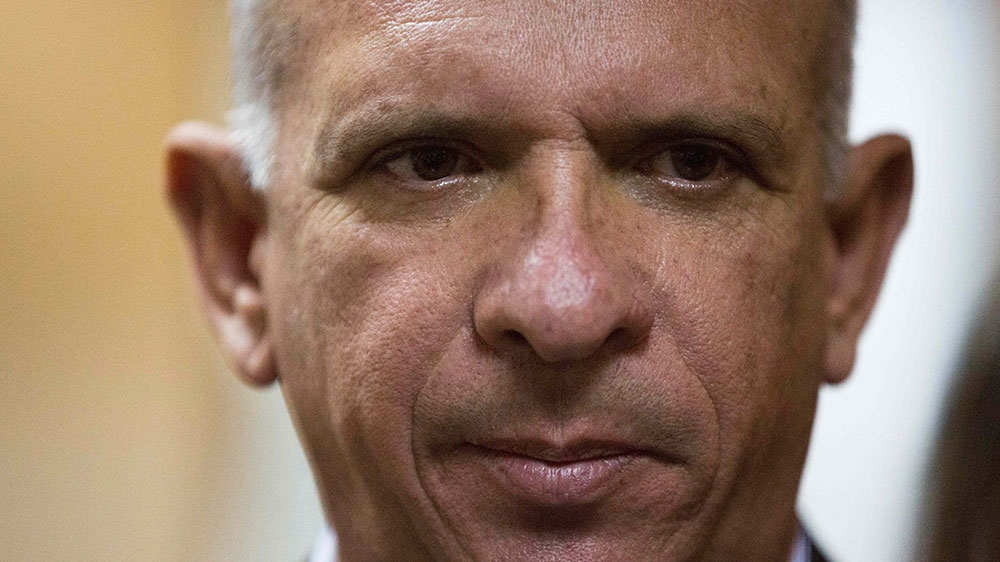 Carvajal, a former director of military counterintelligence and who for more than a decade was the eyes and ears of President Hugo Chávez in the armed forces, was arrested at night in the small apartment in which he was hiding.

In a statement published on social networks, the Spanish police said that Carvajal lived “totally cloistered, without going outside or looking out the window, and always protected by trusted people.” The text was accompanied by a short video showing heavily armed police officers handcuffing Carvajal.

Spain’s leftist government last year approved Carvajal’s extradition to US territory, where he faces federal charges for allegedly working with the Revolutionary Armed Forces of Colombia to “flood” the United States with cocaine.

The extradition order was issued after a legal battle in which the Spanish National Court reversed a previous ruling, issued by a magistrate of the highest court, in which the US arrest warrant was rejected on the grounds that it was politically motivated. . Meanwhile, Carvajal was released and was never heard from again, save for a brief message posted on social media last year in which he said he went into hiding to protest what he considered to be political interference in his case. He has pleaded not guilty.

He appeared again on social networks this month, publishing what could be a preview of what would be his defense: a statement in which he accuses former Colombian President Álvaro Uribe, who for years was the main support of the United States in the war against the drugs, of “fabricating” evidence against him and the Chávez government even while cooperating with US prosecutors to arrest Colombian drug traffickers hidden in Venezuela.

Carvajal wrote that this is a lie that will eventually fall apart, noting that he is confident that the truth will prevail.

It is unknown when it could be sent to the United States. But an asylum application he filed with Spanish authorities in 2020 could slow down his extradition.

“I am prepared for two situations: for the good and for the bad,” Angelica Flores, Carvajal’s wife, told The Associated Press by telephone. “There he and all the others who have to give statements. This process will continue and we will see how it ends ”.

Nicknamed “El Pollo,” Carvajal has been a DEA nightmare for more than a decade.

Formally charged for the first time in 2011, he narrowly escaped being extradited when he was arrested in Aruba in 2014 while he was Venezuelan consul general on that Dutch Caribbean island. The government of President Nicolás Maduro successfully pressured Aruba, which is located just a few kilometers from Venezuela, to release Carvajal, and when he was released he had a hero’s reception in Caracas.

But he was never a confidant of Maduro, and in the complicated internal politics of the ruling party (the United Socialist Party of Venezuela), he was relegated to a minor role in the National Assembly.

In 2019, after opposition leader Juan Guaidó led demonstrations and quickly gained recognition from Washington as the legitimate president of Venezuela, Carvajal openly rejected the government, urging the military to break with Maduro.

While on the run – from the DEA and Maduro – Carvajal traveled to the Spanish capital from the Dominican Republic, concealing his true identity. But he was received at the Madrid airport by two Spanish intelligence agents, the AP previously reported.

From Europe, Carvajal hoped to take advantage of his contacts and knowledge of how the Venezuelan state operates to orchestrate a rebellion against Maduro backed by the armed forces.

But to the frustration of many in the Venezuelan opposition who have secretly tried to win the favor of the country’s high-ranking military, Carvajal was arrested at the request of the United States days before a failed rebellion in the barracks on April 30, 2019.

The Maduro government has not yet commented.

The process against Carvajal in New York revolves around a DC-9 plane from Caracas that landed in southern Mexico in 2009 with 5.6 tons of cocaine packed in 128 suitcases. Carvajal said judicial investigations in Venezuela and Mexico never linked him to the incident and that the alleged owner of the plane backs up his alibi.

But he faces incriminating evidence from phone records, ledgers and the testimony of at least 10 witnesses, according to an affidavit from a DEA special agent. Those witnesses include members and associates of the “cartel of the Suns,” former high-ranking Venezuelan officials, according to the affidavit.

The US indictment also repeats an accusation that Carvajal provided the Colombian guerrillas with weapons and protection within Venezuela.

The former general has scoffed at the accusations. He says that his contacts with the FARC – which the United States designated a terrorist organization – were authorized by Chávez and limited to achieving the release of a kidnapped Venezuelan businessman and preparing the ground for peace talks with the Colombian government.