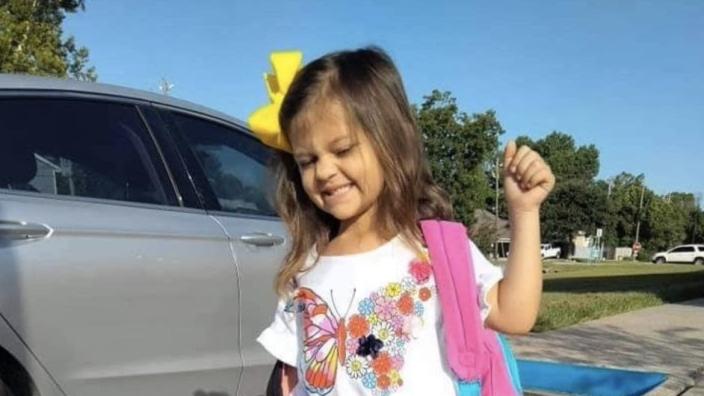 Just 24 hours from testing positive for Covid-19, a four-year-old girl dies in her sleep

A four-year-old girl died in her sleep a day after she and her unvaccinated mother tested positive for Covid.

Her cause of death is still being investigated but the fact that her, her mother had just contracted covid in the last 24 hours it makes it easier to say it was due to the corona virus delta variant.  Also her mother and father were not vaccinated and were considered “Anti-Vaxxers” something that was admitted by her mom in a statement she made to The Daily News of Galveston County.

The child was definitely positive for COVID,” medical examiner’s office spokesman John “D.J.” Florence said. “I can’t tell you, and we won’t know until after the autopsy and any tests they run after that, what the official cause of death will be. But we know at least a contributing factor will be COVID, if not the actual cause of death. We just don’t know right now.”

Ms. Harwood said she wished she and her family had availed themselves of a vaccine of some level of protection against the virus.

Kali was perfectly fine, and then she left,” said the mother. It took her so fast.

Her devastated mother said she had been an anti-vaxxer, but after the tragedy, she wished she had never been she told the Galveston County “The Daily News”

In a heartbreaking tribute, she said,

She was so funny and sassy. She was not your average girl.  She would rather play with worms and frogs than wear her bows. She was so pretty and full of life.

“We are all so shattered and lost and we’re just trying to figure out how we’re going to get [through] this life without her light.”

Confirming the death of the child Kali Cook in Texas, Galveston County health officials said it was the first death related to a child in the area.

A spokesperson said in a statement Thursday: “Regrettably today, the Galveston County Health District confirms the first COVID-19 related death of a child in Galveston County.

She died in her sleep after developing a fever.  Four-year-old Kali Cook was found dead Tuesday morning, about five hours after she had a fever as a result of the virus.

Kali’s death comes with a large increase in the delta variant in Texas, which has affected young children at higher rates than expected.

As of September 10, according to the Texas Department of State and Health Services, at least 2,384 children have contracted COVID-19.

Our family has covid and is out of work due to it , so we are overly stressed and hurting

If you want to donate please visit their GOFUNDME page.

Please consider talking to your doctor about the Covid vaccine.  Don’t go by what social media or the mainstream media tells you.  Please consult with a health professional to see if it can benefit you.