On November 23, 2010, three weeks before the International Football Federation (FIFA) announced the award of the 2022 World Cup, a lunch was organized at the Élysée Palace. Sitting around the table were French President Nicolas Sarkozy, the then Crown Prince of Qatar Tamim Al Thani (current Emir), his Prime Minister Hamad Bin Jassem and the President of the Union of European Football Associations (UEFA), Michel Platini. . Ten years later, the content of the discussions that took place at that meeting is at the center of an investigation by the French National Financial Prosecutor’s Office (PNF) on suspicion of “active and passive corruption”, “laundering” and “cover-up”.

Justice suspects that the meeting served to seal a pact: Michel Platini’s support for Qatar’s candidacy in exchange for the emirate’s generosity with various French strategic interests that would include a large defense contract, the purchase of PSG and the entry of Qatari investment funds in the shareholding of large French companies, in addition to certain personal advantages for the participants.

In the weeks prior to the start of the World Cup, parts of the summary have been leaked and published in various French media. Various pieces of that alleged operation of lobby of State orchestrated from the Elysee, with the influence of Michel Platini in the FIFA Executive Committee as the main bargaining chip. For the moment, former President Sarkozy, accused in other legal cases, has not yet been questioned by the magistrates in this case, unlike his collaborators present at lunch.

Because, in addition to Sarkozy and Platini, the general secretary of the Élysée, Claude Guéant and Sarkozy’s adviser on sports matters, Sophie Dion, appear on the list of diners in various official documents. Both have publicly denied having participated in that lunch, but the newspapers the world Y Liberation They evoke various testimonies collected in the summary that place them in the Elysee dining room.

Triple ballon d’or and legend of the French national team, Platini has received the attentions of every French president since Giscard to Macron. Nicolas Sarkozy, a huge soccer fan, had a particularly complicit relationship with the former Juventus player-turned-UEFA boss and influential member of the FIFA executive committee. as revealed the world Y media partSophie Dion stressed in a note addressed to Sarkozy that “Platini has a significant influence on the vote of FIFA members”, although she warns that “he could be reluctant to Qatar’s candidacy.”

Platini defends today that his decision to vote for the emirate was made before the meeting at the Élysée. However, numerous testimonies from the investigation contradict this version and point out that he was going to vote for the candidacy of the United States (a country that is keeping another judicial investigation into the attribution of the World Cup open) to the point of expressing a certain “contempt” for that of Qatar which, due to its summer temperatures and lack of infrastructure, had received the lowest rating in FIFA technical reports. “I remember at a breakfast in Johannesburg [en 2010] Mr. Platini told us that if the World Cups were attributed to Russia [en 2018] and then to Qatar, it would be the end of FIFA in terms of image,” his chief of staff, Kevin Lamour, told investigators, according to a reveal. Liberation.

In an interview for French television in 2014, Platini himself recognized pressure from the head of state: “I seemed to understand that France would be happy if I voted for Qatar; after all, it was not the president of Australia who was sitting at the table […] But no one asked me, rather they gave me to understand “. In the same interview, Platini repeated that the decision to vote in favor of the emirate had already been taken, something that Sepp Blatter’s statements contradict. “History has shown that the pressure of the French president on a FIFA member changed the vote for the 2022 World Cup,” he said on the French public television program Complement d’Enquête.

According to reveals the same program, Blatter confirmed this statement to the prosecution in 2017, during the preliminary investigation: “Platini told me: ‘What would you do if your president asked you something like that?’ I replied that in Switzerland we do not have a president. According to Blatter’s version, Platini would have influenced several European representatives on the FIFA executive committee: at least four European votes that, in the end, tipped the balance in favor of Qatar (the emirate won the World Cup – to the general surprise – by 14 votes to eight for the United States).

Upon coming to power in 2007, Nicolas Sarkozy strove to further ties between France and Qatar. The Justice believes that these French military and diplomatic interests motivated support for the Qatari candidacy. One of the diplomatic cell notes recovered from the National Archives, and quoted by the worldrecommends that during lunch on November 23, 2010, “other bilateral issues” should be discussed with Qatar, a country that “has the financial means to carry out its ambitions”, since it has the “third gas reserves in the world”.

This document also mentions Dassault’s “main arms sales prospects”, in particular Dassault’s “fighter planes”. It is also underlined that “the Qatari selection committee” was studying “the possibility of acquiring between twenty-four and thirty-six Rafale fighters (for an amount of between 3,000 and 4,000 million euros)” to replace the Mirages that it already owned. The transaction would take place although it did not materialize until 2015, already under the presidency of François Hollande, with the sale of 24 Rafale for 6,300 million euros.

In addition, several notes from the presidential cabinet refer to various potential contracts for French companies linked to the construction of infrastructure for the World Cup in Qatar. A note from the inter-ministerial delegation of economic intelligence, dated December 10, 2010, evokes the “45,000 million dollars that will soon be tendered as public-private collaborations” and proposes “to put in place support devices for French companies for these contracts strategic”.

As for Qatar, the candidacy to host the World Cup was part of a diplomacy and image strategy through sports, especially soccer. The lunch at the Élysée took place just six months before the acquisition of Paris Saint-Germain (PSG) by the fund Qatar Sports Investments (QSI) was formalized and 18 months before the increase in the stake of Qatar Holding LLC in the capital of the Lagardère group and the launch in France of the BeIN Sports channel.

Sarkozy, a follower of the club from the capital, is also a personal friend of Sébastien Bazin, representative in Europe of the American fund Colony Capital, then owner of PSG. Bazin, who today holds the position of CEO of the Accor hotel group (of which Qatar owns 10.2%), was looking for a buyer for the club, which at the time had significant debts and a reputation damaged by the serious incidents carried out by his ultras. By then, the United Arab Emirates had already taken control of Manchester City and the entry of Qatar was emerging as an ideal solution to get rid of the club.

In another of the investigations published in recent weeks, media part has revealed text messages sent by Sébastien Bazin, who was questioned this spring by the investigating judges. In one of them, Bazin assured his associates: “NS just called me, he is going to have lunch today with SA Tamin at the Élysée… I gave him the key messages”. The day after: “NS has called SA again […] confirms that the agreement will occur after December 2 [fecha del anuncio de la sede del Mundial 2022]”.

In the months and years that follow, Qatar will multiply its gestures towards Nicolas Sarkozy’s entourage. As revealed by the same investigation of media part, citing a report by the Office for the Fight against Corruption (Oclciff), the emirate hired the ZNZ Group, a company owned by the communicator François de La Brosse, who had worked on Sarkozy’s presidential campaign in 2007 and who later became an adviser to the Elysium. Investigators suspect that the operation is linked to the financing of electoral campaign expenses (which is at the center of other legal cases). In fact, that part of the summary was transferred in February 2020 to another investigation, which deals with the possible Libyan financing of Sarkozy’s campaign in 2007.

In March 2012, Nicolas Sarkozy’s adviser, Sophie Dion, was involved in the creation of a master’s degree in ethics and safety in sport, a collaboration between the Université Paris-I Panthéon Sorbonne (where she was a tenured professor of sports law) and a Qatari private law foundation, the International Center for Sports Safety. For his part, Michel Platini’s son, Laurent, was hired as an advisor to Pilatus Sport MGMT, a holding company owned by the Qatari fund QSI, which manages the Burrda Sport equipment brand, of which he became CEO a year later. .

In 2012 Qatar also came to the rescue of another person very close to Nicolas Sarkozy, businessman Arnaud Lagardère. Qatar Holding acquired a 12.8% stake in the Lagardère group, which was already experiencing difficulties at the time (another part would later be acquired by Vincent Bolloré’s group). Today Sarkozy is part of the Lagardère board of directors and the Accor group, where he is president of the international strategy committee.

A few months after his defeat in the 2012 presidential elections, Sarkozy reappeared in Qatar in a forum on sport, Doha Goals, financed by the Qatar National Bank and organized by Richard Attias, husband of his ex-wife Cécilia. “I applauded the decision. [de conceder el mundial a Qatar]I supported that decision,” the former president said then. 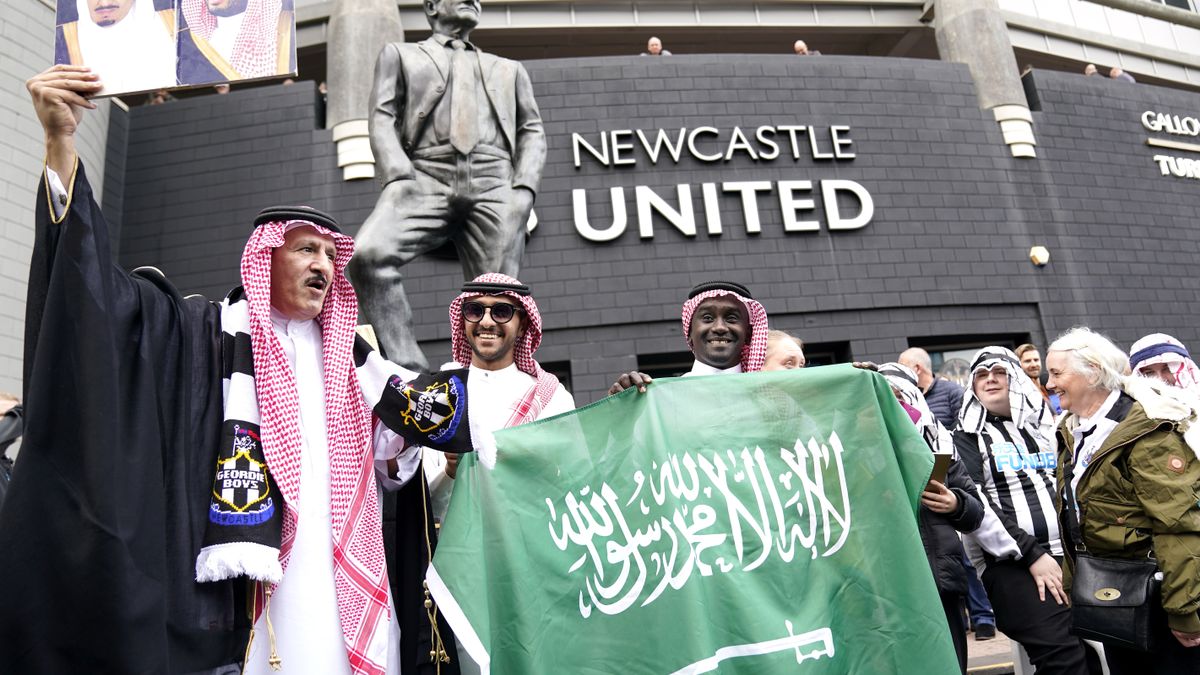 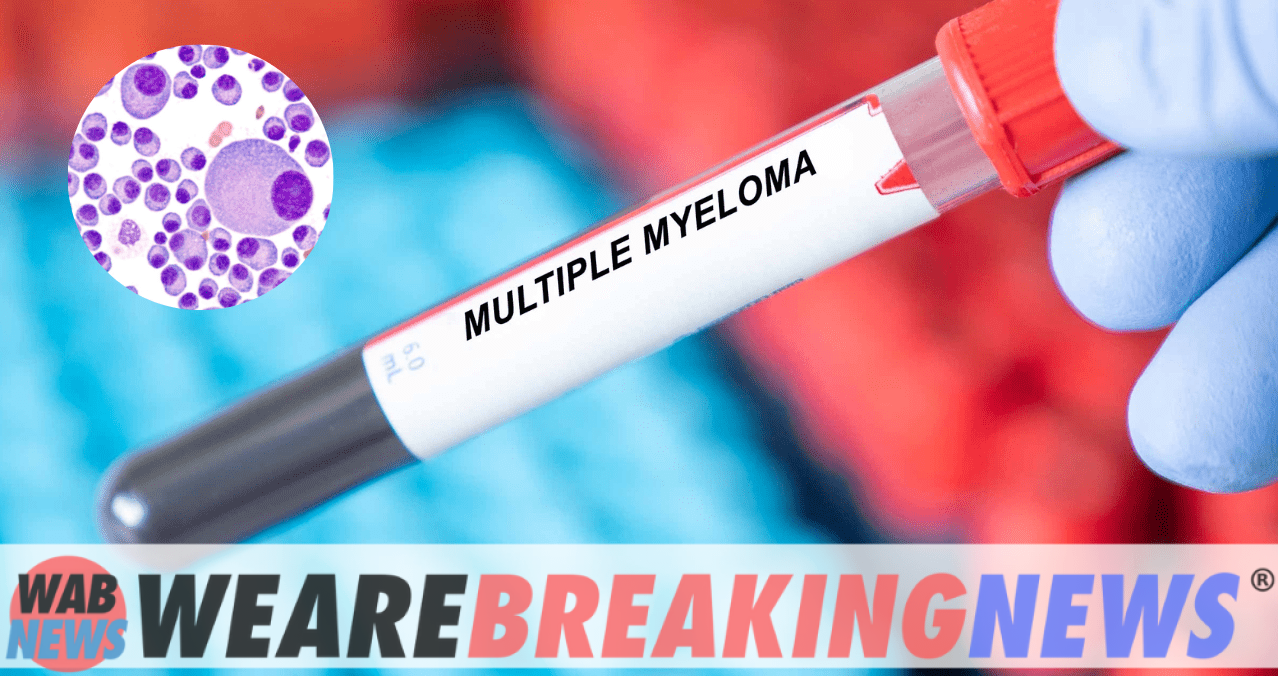 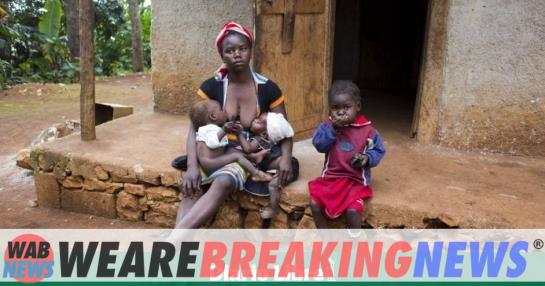