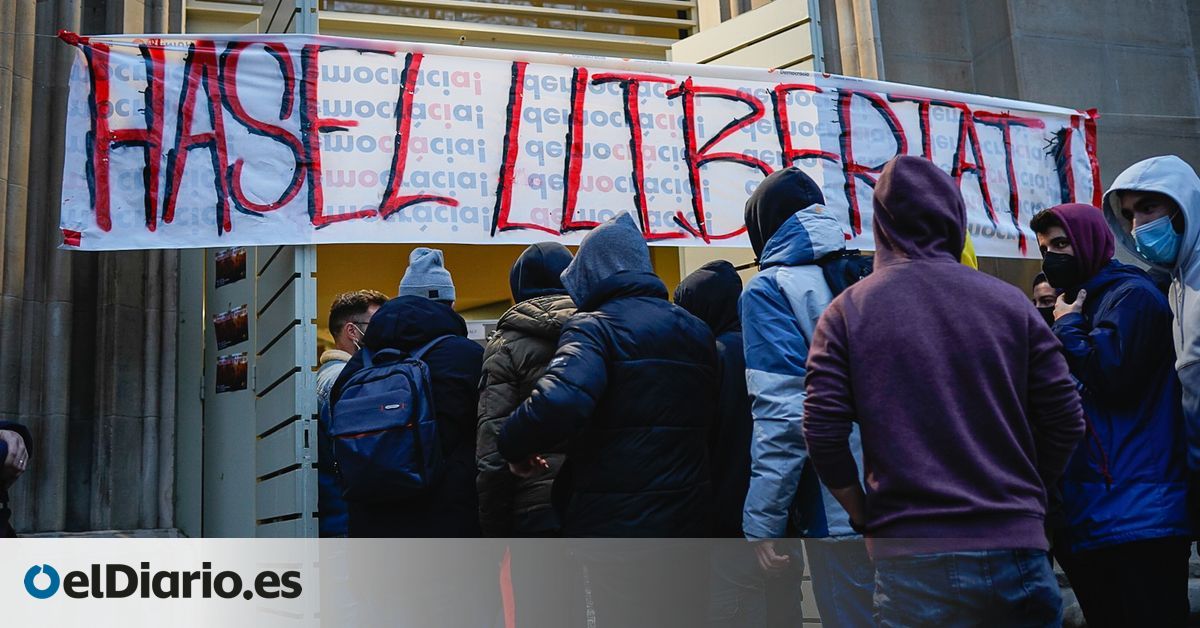 For the words “dismembered like Samuel Paty, without empathy”, which made reference to the professor who was beheaded in October after having shown the Muhammad cartoons, French rapper Maka was sentenced to 15 months in prison for apology of terrorism last November. In the video clip, recorded just two weeks after the attack, Maka raps in front of a burning car while holding an arsenal of knives along with other colleagues. During the trial, the rapper confessed “not having taken into account all the consequences” of his actions. “The video is violent, it’s true,” he admitted.

Another rapper, Masta Ex, was sentenced to one year in prison with a six-month suspended sentence for mentioning the Bataclán attacks in his video clip Terrorist (2019). In the song, the rapper sings “I am at war, I am a jihadist” and refers to the “soldiers of Allah”. A second sentence, this time for calling to “take up arms” against President Emmanuel Macron and the then interior minister, Christophe Castaner, led him back to jail last year for “direct provocation to an act of terrorism and threat of crime against public authority “.

However, convictions such as those of Maka and Masta Ex are exceptional, according to experts consulted by this newspaper. “These are very obvious cases in which there is no doubt that the artist incites violence by claiming a terrorist act,” says Elena Gaju, a registered lawyer in Paris and Barcelona. In France, freedom of expression and artistic creation is considered an “untouchable” principle and “one of the most precious rights of the Republic”, points out Henri Leclerc, criminal lawyer and honorary president of the League for Human Rights.

Henri Leclerc explains that in recent years several artists have been sentenced for touching the limits of freedom of expression, mostly for racist, discriminatory comments or for inciting hatred and violence. “Most cases hardly end up in prison,” adds the lawyer. Among the most controversial artists are the humorist Dieudonné and rapper Orelsan.

The comedian has been repeatedly punished with fines for racist and anti-Semitic insults, as well as for apology of terrorism for the diffusion on his Facebook profile of the phrase “I’m sorry Charlie Coulibaly“mixing the name of Charlie Hebdo magazine with the last name of one of the terrorists involved in the attacks against the weekly. Rapper Orelsan was tried for incitement to violence against women for singing verses such as “I dream of penetrating her to burst her abdomen” or “I’m going to leave you as soon as I find a bitch with a better pedigree” at a concert in Paris in 2009. After being sentenced to a fine of 1,000 euros in his first trial , the Court of Appeal ended up acquitting him. The court concluded that “to sanction these verses” would imply “to censure all forms of creation inspired by the unhappiness, confusion and the feeling of abandonment of a generation”.

This week, for example, there has been a case opposite to the usual and it has been a rapper who has denounced an authority. The artist Médine has sued a deputy from Macron’s party, Aurorge Bergé, for calling him an “Islamist rapper.” In one of his songs, the rapper refers to “crucifying the laïcards“(pejorative definition of layman). As Médine explains in the middle Mediapart, the deputy makes the mistake of decontextualizing the phrase: “Doing so alters the whole meaning of the song” which pretends to be “a succession of absurdities and setbacks”.

In recent weeks, the French media have echoed the condemnation against Pablo Hazél. Journalist Anthony Bellanger analyzed the case in his regular section on FranceInter public radio. “The Spanish rapper #PabloHasel will be jailed for 9 months, among other things for having insulted the crown” anticipated the journalist via twitter. In its morning chronicle, Anthony Bellanger considered “good news the fact that the Spanish Government has promised to modify the law to avoid prison sentences against artists who express their opinion in their songs” as announced by Moncloa.

For the jurist Henri Leclerc “freedom of expression has limits and it is possible to discuss how to condemn certain apologies for terrorism, but going to jail for insults to the Crown is aberrant and inadmissible. I consider it a true attack on freedom of expression”, he says to elDiario.es. Gilles Toulemonde, professor of public law at the University of Lille, wonders what would happen if Pablo Hasél had been tried in France, instead of in Spain. “Surely he would end up being fined, but not imprisoned” assesses this newspaper. The lawyer Elena Gaju also agrees that “a prison sentence for the acts he has committed would be unthinkable in France.”

In France, the offense of offense against the head of state was eliminated eight years ago as a result of a controversial case that ended up in the European Court of Human Rights. It all started in August 2008 in the municipality of Laval, in the west of the country. The then president Nicolas Sarkozy was on an official visit in the town, when a neighbor showed him a banner with the message“Casse toi pov ‘with“(” Go away, poor idiot “). The poster made reference to an insult that Sarkozy himself made against a farmer who had refused to greet him in a public act, months ago, and that at the time had a lot of media coverage.

The man who showed the banner, Hervé Eon, was arrested, interrogated and later prosecuted by the Prosecutor’s Office for a crime of offense against the Head of State. Finally they sentenced him to a fine of 30 euros. “It was a symbolic penalty,” says lawyer Elena Gaju, “Sarkozy wanted to mark his authority.” However, Hervé Eon decided to appeal the sentence and his case went through the Court of Appeal and the Supreme Court, until it reached the European Court of Human Rights.

In March 2013, the European court ruled in favor of Hervé Eon and concluded that France had violated Article 10 of the European Convention on Human Rights that protects freedom of expression. He also considered that punishing Eon for those acts was “disproportionate” and “unnecessary in a democratic society.” As a result, France revised its legislation and, in just five months, the National Assembly abolished the crime of offending the head of state to “adapt French legislation“to the judgment of Strasbourg.

For Professor Gilles Toulemonde, the reform came late. “Each country has its way of protecting the head of state, but we are not the ones to give lessons”, this teacher values. This does not mean that everything is allowed. “There are still penalties and offenses for insults and defamation, but now the French president is grouped in the law with the rest of the public authorities” says Toulemonde. Under current law, defamation against the president is punishable by a fine of up to 45,000 euros. 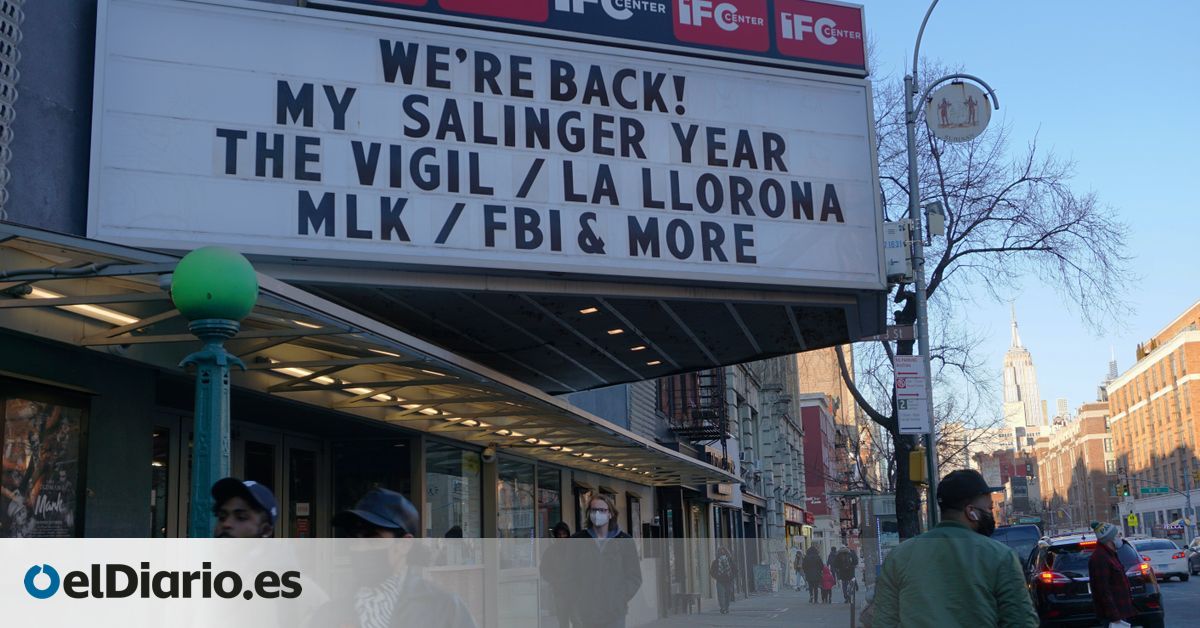 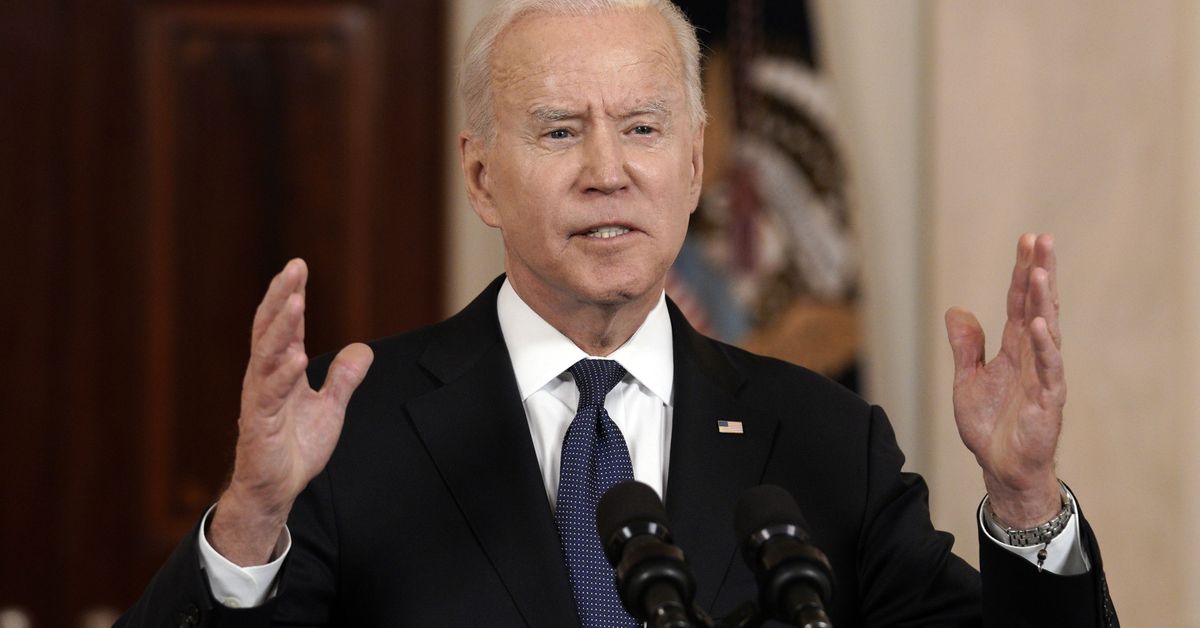 Biden: "Palestinians And Israelis Deserve To Live Safely And Enjoy The Same Measures Of Freedom And Prosperity"