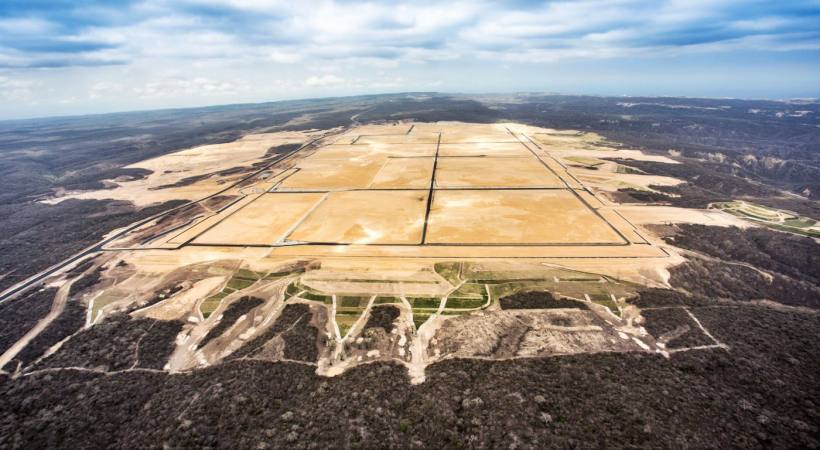 A few days after the trial hearing, Chatburn opted to assume his participation as an advisor to clear the source of the illicit money from the tops in the United States financial system.

The process started thanks to the revelations of the Panama Papers published by EL UNIVERSO in mid-2016.

According to US court documents, Chatburn's clients include GalileoEnergy owner Ramiro Luque Flores, who has already pleaded guilty, as well as several oil company officials, such as Álex Bravo (convicted in Ecuador) and the advisor Arturo Escobar (who pleaded guilty in the US).

Prosecutors filed nine charges and two of them relate to former minister Pedro Merizalde Pavón. They do not name him but cite the transfers in favor of a former high-ranking Petroecuador official related to Odebrecht, whose characteristics are consistent with the former minister.

Merizalde was manager of the Pacific Refinery, after Petroecuador, advisor to then Vice President Jorge Glas and finally minister during Rafael Correa's administration, who came out to defend him for the revelations of the Panama Papers.

In 2012, Chatburn processed the Merizalde company registration, Horgan Investments Inc., with Mossack Fonseca. Although in 2016 he denied that he had used it, last June EL UNIVERSO published that Horgan received money in Switzerland from both Odebrecht and Columbia Management, used by Brazilians to pay bribes, for $ 320,000.

US prosecutors said Chatburn participated in two additional transactions, for about $ 689,800. That is, Merizalde hid at least one million dollars in Miami and Switzerland, since neither the companies nor the transactions were recorded in their asset declarations.

On April 23, 2014, Chatburn collaborated for a financial intermediary with an account in Cayman Islands to send $ 340,000 to an account in Switzerland, on behalf of the “Panamanian screen company 1” of the Ecuadorian official.

This lost the origin and ownership of the money, the product of an illegal activity, prosecutors added in their accusation. To the same end, on September 1, 2015, Chatburn participated in sending $ 349,805 from the “Panamanian screen company 2” to an account in Miami (USA) of a financial company.

Before they initiated a process against Chatburn Ripalda in Miami, the prosecutors of the New York Department of Justice (United States) demanded information in February 2017 and summoned him the following month to deliver what was requested.

The subpoena ordered Chatburn to deliver all documents, emails and any information related to Mossack Fonseca & Co. (MF) and another Owens & Watson study.

In the subpoena, of just over three pages, prosecutors specified that they wanted to know Chatburn's relationship with these companies, as well as with all those that helped register with MF or with Owens & Watson. They even asked him for the names of Chatburn's internet and mail providers and any other firm with which he had a relationship when providing company registration services in tax havens.

They also included bank records, account statements, tax returns, contracts and accounting records related to him and these companies. For this they attached a list of 43 companies registered by MF, although there could be others.

Owens & Watson was created by Ramsés Owens, a former MF employee who ran the trust department. Owens participated in the creation of Eston Trading Limited, a company that received the commission of one dollar per barrel in the intermediation carried out by Enrique Cadena and Jaime Baquerizo of the crude oil that Petroecuador sold to Petrochina. The Panamanian, along with other people, is prosecuted in New York.

Later, during the arrest of Chatburn, in April 2018, prosecutors seized documents in his Miami office. Chatburn was an intermediary for Biscayne Capital, which is now being liquidated in Miami along with a dozen companies related to private investment funds.

In ten of the 43 Chatburn-related companies cited by US prosecutors, the final beneficiaries are relatives of ex-authorities, state contractors and former Petroecuador officials.

Thus appear two firms related to the brother of the former Guayas Jimmy Jairala, Javier Iván Jairala. These are Underhill Assets S. A. and Aulay Capital S. A. And from the Prefecture's contractors: Vivar Cereso René, Ferman Management S. A. and René Vivar Chacón, Kayley Capital S. A.

Within the Petroecuador case, the companies Denfield Investments Inc. and Pembridge Services S. A., of the contractor Ramiro Luque Flores (GalileoEnergy), who pleaded guilty in the US already met. As well as Merizalde companies; by Álex Bravo, Johanna Investments Corporation, and Arturo Escobar Domínguez, Joscar International Inc.

Five other companies relate directly to Chatburn. In Kalassi Associates Corp. only he appears as the final beneficiary. At Millsdale Investments Inc. and Penhill Properties Inc. he is with Juan Sebastián Espinoza Calderón, with whom he had the company Cobranzas Eficiente S. A. (Cobrefic) in Guayaquil.

The latter company is the final beneficiary of another registered by MF in the British Virgin Islands, Murfield Investment Trading Corp.

Among the companies that appear in the Panama Papers related to Chatburn, but which were not mentioned by prosecutors, are: Brigstock Investments Inc., Darby Consultants S. A. and Suncraft Portafolio S. A.

The Mossack Fonseca study registered on March 16, 2015 the company Brigstock Investments Inc. in Panama and the following day shares were issued in the name of Geraldo Luiz Pereira de Souza, then financial manager of Odebrecht in Ecuador.

The intermediary was Frank Chatburn Ripalda and the procedures were carried out by María Alexandra Buchelli, of Bayshore S.A., Ecuadorian firm now in liquidation and related to Biscayne Capital.

The documents are part of the Panama Papers, in which Chatburn, processed in the United States, appears as the intermediary of more than 40 firms in tax havens.

According to the evidence collected by prosecutor Diana Salazar in the case of Bribes 2012-2016 (Green Rice), De Souza handed two envelopes with money to the adviser of President Rafael Correa, Pamela Martínez, in the office of the Concorde building.

He did so at the disposal of the then superintendent of Odebrecht in Ecuador, José Conceição Santos.

De Souza worked for the Brazilian construction company in Ecuador between March 2010 and July 2015. (I)