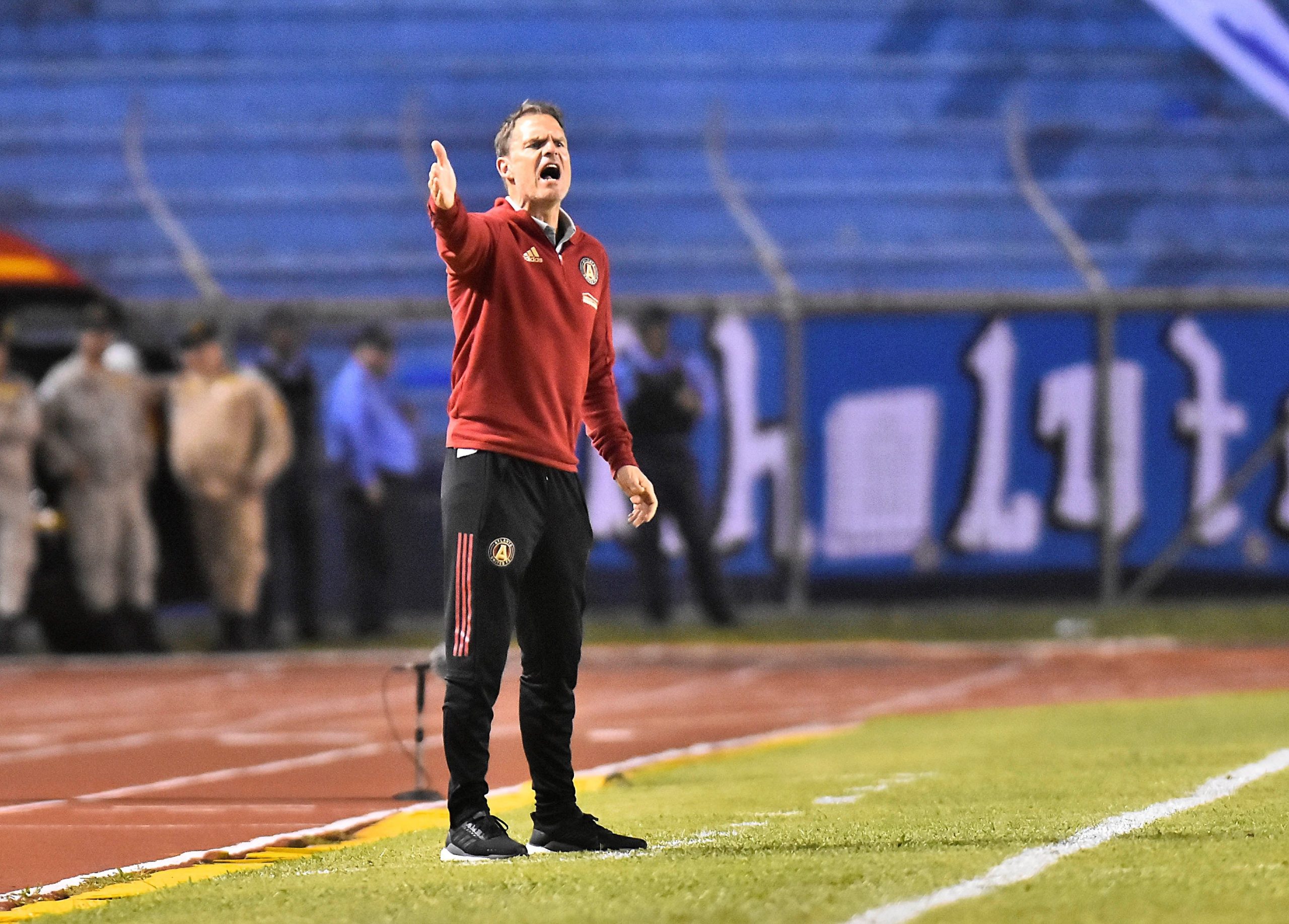 Atlanta (USA), Mar 9 (EFE) .- The Dutchman Frank de Boer, coach of Atlanta United, of the Professional Soccer League (MLS) of the United States, next rival of the Eagles of America, of the League MX, in the quarterfinal tie, admitted on Monday that it will be very difficult because his rival “will seek revenge.” De Boer declared this Monday at the end of the team’s training, that he is under no illusions regarding the duel that is going on. to keep with America, despite the good start they have had in the regular season where they are leaders of the Eastern Conference with two consecutive wins and a perfect mark of 2-0-0, six points. The first leg of the first leg is going to They played at the Azteca Stadium on Wednesday and even if they tried to find a positive result, De Boer said it was realistic first of all and the task would not be easy. “0-5?” De Boer joked. “No, everyone knows that it will be a very difficult game for us. If we score a goal, it is always good to have it. If we have a draw like a 1-1, it should be great, of course. But even a minimum defeat like 2 -1, it would be something that we accepted without problems, “said De Boer. Regardless of what the game may be or the final result that may be given, De Boer reiterated that the most important thing would be for the team to play football with the one identified on the field. “We want to play our own football, and if it is possible to win, we should not hesitate to do so, of course,” argued De Boer. “But they play in their stadium and want to take revenge on the Champions Cup that we won last year. They will be ready to claim their football and we have to be ready. I think we are ready for the duel.” The mission of facing one of the historic Mexican football, which is already complicated as such, is made even more difficult by the series of injuries that affect the Atlanta United squad. De Boer will not yet be able to count on Miles Robinson and Argentine defender Franco Escobar, injured, while The team has not yet found a tactical solution to the loss for the remainder of the season from its star scorer, Venezuelan striker Josef Martínez who suffers a torn ligament in the right knee and will be out for the remainder of the season. of injuries logistical difficulties are added. Atlanta has one less rest day after America’s 3-3 draw with Pumas in the MX Clausura League on Friday night, in addition to the time lost traveling to Mexico City. All of the above means that Atlanta has been forced to conducting simple recovery sessions on training ground instead of in-depth tactical work. De Boer said the team will depend on a combination of movie and early tournament experience to help them manage what is sure to be a difficult game. “We saw the video of the Champions Cup match, “said De Boer. “But also the last games they played, including the last and very important against Pumas … and that is like a classic, like a derby, so they played almost with the best team they have.” De Boer noted that with the Audiovisual material they had were prepared to make the proper diagnosis for the type of rival they are going to find in the field. “We analyze each scenario, but we have a good idea of ​​what they are going to do. Although, of course, we have to be aware of all the details because sometimes they play different systems in international matches. … Altitude is also a factor to consider, “said De Boer. Despite all the complicated factors with which Atlanta United is will face in Wednesday’s game, De Boer considered an important point that could benefit them as it is that all the pressure to get a good result falls on the Mexican team. “We do not have to risk anything in the game,” co De Boer lied. “They have to score. We must seize our opportunities in attack, so we want to be part of that aspect too. But, of course, we have to choose our moments very carefully.” While the Argentine striker Ezequiel Barco, that with the absence de Martínez has become the benchmark for the Atlanta United attack, he says that the whole team will be ready for the great challenge of the tie against America. “We know that it will not be easy, but within the team there is motivation and confidence that we can do things well in search of a good result in the first match that will help us in the second leg, “said Barco, who has scored two goals at the start of the season. (c) Agencia EFE