The Latin American region is accustomed to social upheavals. While coups d'état of varied styles have installed right-wing and exclusive regimes with authoritarian tendencies, revolutions have defeated dictatorships and implemented more progressive models. However, none has lasted more than a generation without experiencing internal erosions, aggressive oppositions and, in many cases, failure.

The year 2019 was particularly brutal in Latin America, regardless of ideologies or political ghosts. January began with a coup attempt in Venezuela against the government of Nicolás Maduro. The opposition, led by an unknown young deputy of an ultra-right-wing party – Juan Guaidó – declared himself in rebellion against President Maduro, ignoring his new presidential term. Guaidó proclaimed himself 'interim president', based on his status as president of the National Assembly, and using an extra-constitutional logic. If it were not for the immediate support of Donald Trump and the US government, the Guaidó maneuvers would have been quickly thwarted.

The constant aggressive statements of Trump and his hawks John Bolton, Elliott Abrams and Mike Pompeo, recognizing Guaidó as the 'president in charge' of Venezuela and demanding Maduro's departure, fueled the destabilization in Venezuela for months. The White House even managed to pressure more than fifty countries to recognize Guaidó as the legitimate leader of Venezuela. However, a great problem for them persisted throughout the year: Maduro remained in power and control of all institutions, industries and components of the State, even with the loyalty of the Armed Forces. As much as the coup plotters and their sponsors in the White House insisted on removing Maduro – almost invading the country on several occasions, and maintaining the illusion of wanting to do it – they did not succeed. Not even the brutal economic sanctions that plunged the country into a deep economic crisis managed to weaken Maduro. At the end of the year, Guaido was almost forgotten, and Maduro is still in command at the Miraflores Palace.

Not even the brutal economic sanctions that plunged Venezuela into a deep economic crisis managed to weaken Maduro. At the end of the year, Guaido was almost forgotten, and Maduro is still in command at the Miraflores Palace.

It could be speculated that the destabilization in Venezuela burned the spark of protests in the region. And if so, it has been without taking sides. Anti-government demonstrations plagued Haiti since February, calling for the resignation of President Jovenel Moise, on charges of corruption. In fact, throughout Central America there were anti-corruption protests against the governments of Honduras, Guatemala, Nicaragua and El Salvador, which are rightist, leftist and centrist. And they were not without reason. Even the brother of President Juan Hernández, in Honduras, was convicted of drug trafficking in the United States. The migration crisis, turned into a fight with Trump, left a bad taste in the region, when the countries of the so-called 'Northern Triangle' (Guatemala, Honduras and El Salvador) doubled before Trump's threats and signed agreements as 'third parties' safe countries' to receive migrants that Trump does not want in the United States. They did it in exchange for money, which Trump uses as a blackmail tactic. The irony of this – and the sad thing – is that most of these migrants have fled the violence, persecution and misery of their Central American communities to seek refuge in the north. Turning them south is a death sentence for many.

Latin American turbulence escalated in the southern continent in autumn, although it has been called the "Latin American Spring" for its resemblance to social uprisings in the Middle East in 2010-11. In Ecuador, the betrayal of an elected government as a left and turned into a right, provoked massive protests against the austerity measures implemented by Lenín Moreno. Since coming to power in 2018, Moreno has gradually eroded the progressive advances of his predecessor, Rafael Correa, and has used the power of the State to persecute Correa and his allies. The correist movement, which led Moreno to the presidency, has been brutally crushed, like a cruel gesture of thanks. Moreno has imprisoned his vice president Jorge Glas – who was also vice president of Correa – and several former officials of the previous government. He has requested the arrest of Correa himself, although none of the accusations presented against him have been based on viable evidence. Even Interpol rejected Lenin Moreno's request to issue a red alert for Correa's arrest. However, the threat of lawfare in Ecuador is real, and if Correa returned to his homeland during these times, he would undoubtedly be arrested, with or without legal basis. Moreno has turned Ecuadorian justice into a dictatorial arm, used to persecute his' enemies' and protect his and his followers' corruption.

If Correa returned to his homeland during these times, he would undoubtedly be arrested, with or without legal basis. Moreno has turned Ecuadorian justice into a dictatorial arm, used to persecute his' enemies' and protect his and his followers' corruption.

And south of Ecuador, another right-wing government has been using the force of the state to repress and brutalize those who stand against it. Sebastian Piñera's Chile looks more and more like Augusto Pinochet's Chile. Thousands of Chileans have been injured, arrested and persecuted by state forces during anti-government demonstrations that have lasted for months without ceasing. They began in reaction to the austerity measures implemented by Piñera, and have evolved to demand constitutional changes and social, economic and political reforms. Government forces – the carabineros – have used lethal and non-lethal weapons (but just as brutal) to suppress street demonstrations, causing eye injuries in hundreds of Chileans, deaths and disfigurements. For his part, Piñera has accused 'external forces' of promoting destabilization in his country, instead of accepting the reality of his political failure. If any country knows anything about overthrowing dictatorships, it is Chile.

The wave of protests also shook Colombia and its right-wing government of Iván Duque, which has not been able to neutralize the social uprising with its repressive tactics. The central issues in most of these anti-government demonstrations have been allegations of state corruption, and economic mismanagement, from right to left. Brazil, Mexico and Argentina also experienced social unrest and protests during the year, both for environmental reasons – such as in Brazil, for fires in the Amazon – and for economic crises and violence against women. In Mexico and Argentina, the left returned to power on popular demand, and protests declined.

The year 2019 ended with a classic coup in Bolivia, which forced President Evo Morales into exile and installed a brutal dictatorship of the extreme right. The situation in Bolivia remains delicate and extremely dangerous. Political persecution is on the rise. Repression at the hands of the de facto regime is wild. The media fence is censoring and silencing the harsh reality in Bolivia. Indigenous peoples are being attacked, persecuted, subdued and repressed. The de facto regime is openly persecuting Evo Morales and all his followers and colleagues. The embassy and diplomatic residence of Mexico are besieged, where a group of former Evo officials are refugees and in a condition of diplomatic asylum. They have not given any real indication of wanting to leave power in an electoral process, as the Bolivian Constitution dictates. The coup was supported by military and police commanders, who used and continue to use the weapons to repress. The international community has reacted little compared to Venezuela. Of course, Trump has supported the Bolivian dictatorship, without pretending. Although they used the pretext of democracy, in the case of Venezuela, accusing Maduro of being 'a dictator', in the case of Bolivia the language of democracy has disappeared.

Bolivia will be the test in 2020. Will the region leave a dictatorial regime in power, doing nothing, or will there be a regional effort to restore constitutional order in Bolivia? And what will the international community say? The United Nations? The OAS? Everyone raises the flag of democracy at their convenience, but when there is a real threat, what is heard is silence.

The first decade of the 2000 was of progress and Latin American union. The second decade has been full of divisions, crises and blows. It is up to Latin Americans to determine if the next one will be social uprising, environmental awareness and social justice, or decline, destruction and exclusion. 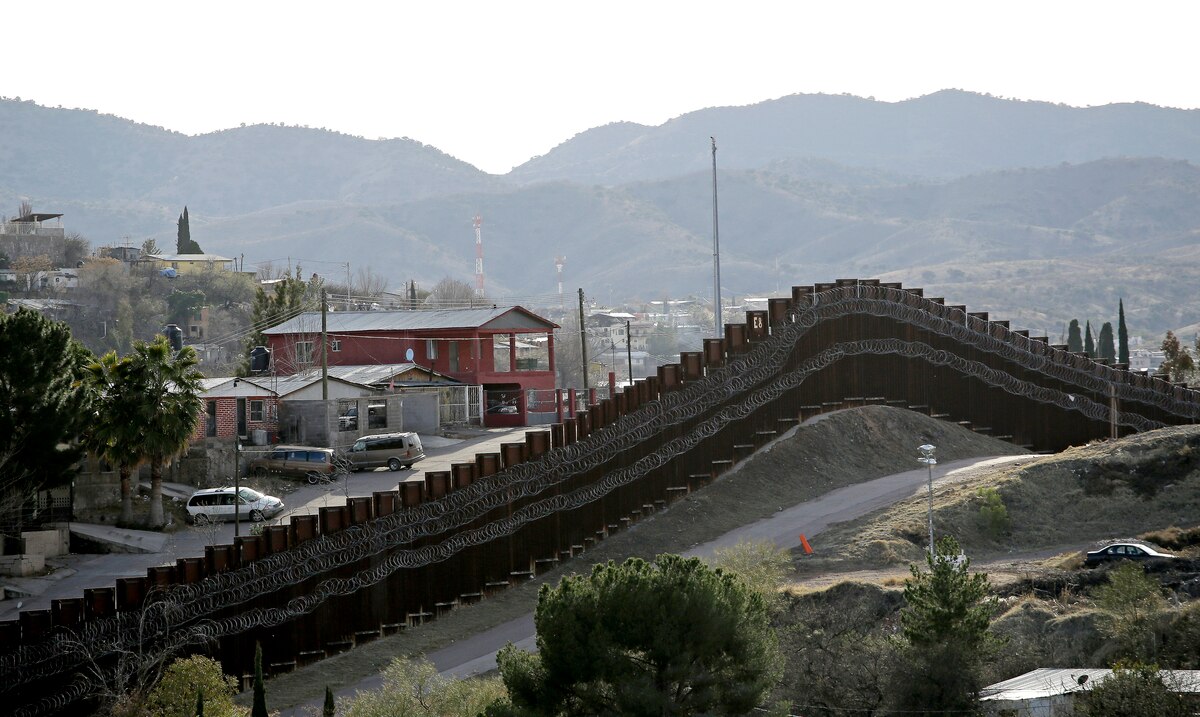 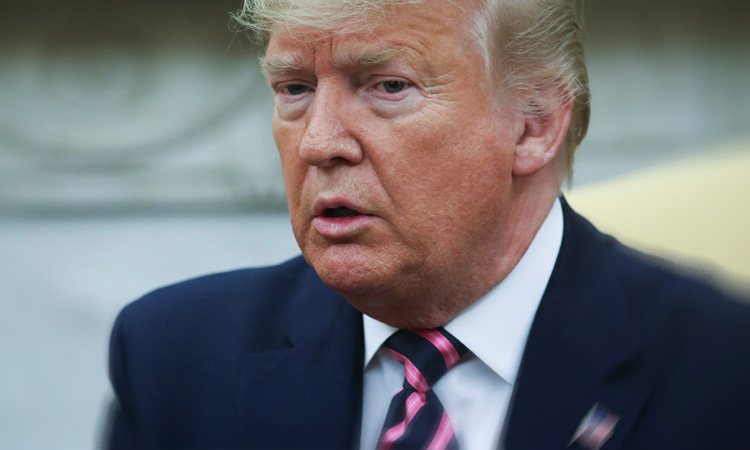