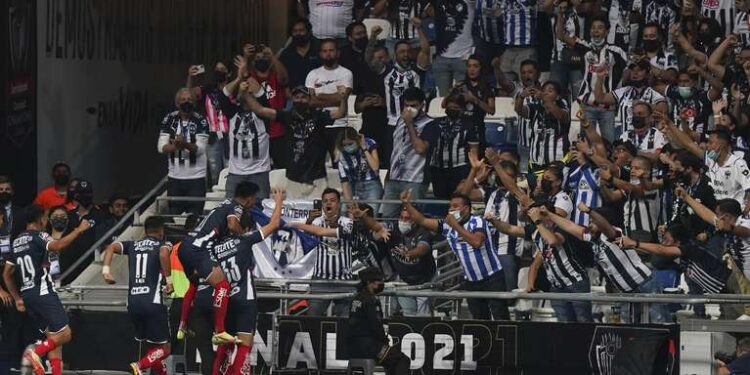 MEXICO CITY (AP) – Coach Javier Aguirre said yesterday that the final of the CONCACAF Champions League was a good opportunity to forget about his problems in Liga MX. That’s how it went.

Rogelio Funes Mori scored in the first half and Monterrey beat América 1-0 to be crowned in the regional club tournament for the fifth time in its history.

Funes Mori, born in Argentina, naturalized and a member of the Mexican team, took advantage of a blunder by Uruguayan defender Sebastián Cáceres and scored the only goal of the match at nine minutes.

Monterrey, which has lost four losses in the Apertura tournament, was crowned for the second time in the last three years.

“Defeats generate problems, generate criticism, generate uncertainty … We are very used to criticism arising,” said Aguirre. “Today I am happy, we will have a good time and we will try to improve in the league.”

He did it before in 2019, when he reached third place in the Club World Cup. His previous titles in the tournament were achieved with a three-time championship between 2011 and 2013.

It is the first title for Aguirre with the Rayados, whom he managed to coach for the Clausura tournament. The “Vasco” had been crowned in the Mexican league with Pachuca in 1999 and had Cup titles in the United Arab Emirates with Al-Wahda in 2016 and 2017.

America, which is the leader of the local tournament, lost a CONCACAF final for the first time and remains with seven titles, as the most awarded team in the region.

The defeat leaves Argentine coach Santiago Solari wanting to win his first title with the Eagles, whom he has managed since the beginning of the year.

Solari had a good debut tournament in Mexico by being second in the Clausura, but his team succumbed in the quarterfinals against Pachuca and this seemed like the opportunity to win his first title in Mexico.

Now America must bet everything on Liga MX where it is the first seeded in the league.

Monterrey overwhelmed the Águilas at the start and generated the first dangerous arrival after three minutes with a header from Carlos Rodríguez. A minute later came a shot from Funes Mori that was rejected with problems by goalkeeper Guillermo Ochoa.

The local pressure was successful shortly after when Jesús Gallardo sent a cross from the right to the small area, where the Uruguayan defender Sebastián Cáceres made a mistake when fanning his clearance and the ball was comfortable for the “Twin”, who pushed it to the bottom of the networks.

America shook the dominance and generated shots on goal, first at 36 with a free kick by Paraguayan Richard Sánchez and then at 43, with an attempt by Henry Martín, both drowned in the hands of Argentine goalkeeper Esteban Andrada.

Monterrey was better in the complement and was close to his second goal in the 71st with a shot from Alfonso González that went wide.

The Rayados returned to knock on the door in the 80s, with an attempt by the Dutchman Vincent Janssen that was rejected on the line.

América was close to tying in discounts with a shot from Uruguayan Federico Viñas that crashed into the crossbar.