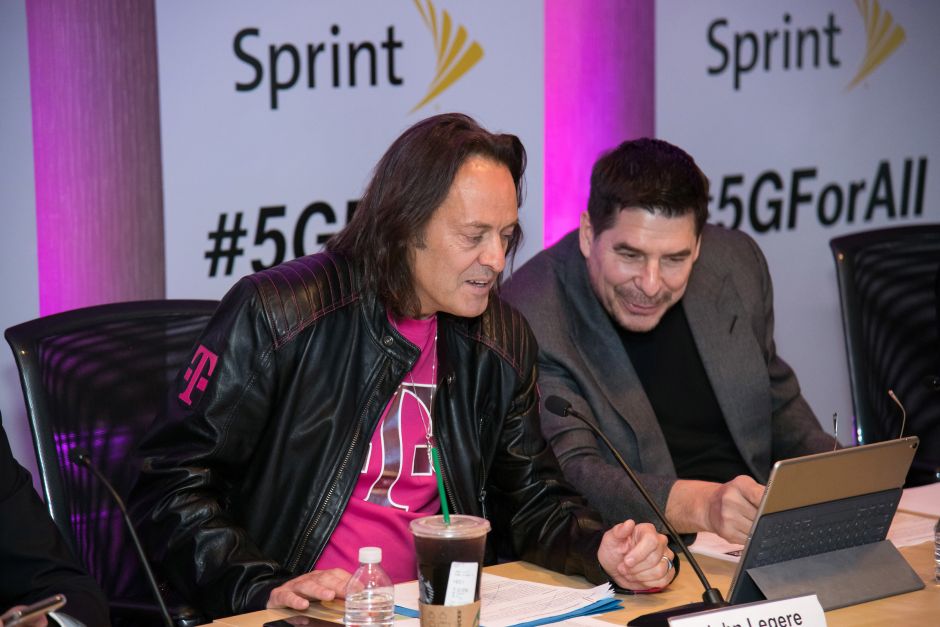 John Legere of T-Mobile and Marcelo Claure of Sprint in 2018.

The communications companies T-Mobile and Sprint got the approval of the Federal Communications Commission (FCC) a few days ago to continue with their merger.

There are still legal battles in several states, but it is possible to visualize the changes that are coming for users in the United States.

Related: Prosecutors from 10 states try to block the merger of T-Mobile and Sprint

T-Mobile and Sprint would form a company that would compete in the same conditions with the giants AT&T and Verizon. The promise of the merger that the FCC "bought" is the development of the 5G network in the country. This means greater speed in connections and data transmissions. A streaming of movies would not have the slightest problem.

One of the promises of the merger is to keep the same customer service centers open. Nor would there be mass layoffs, on the contrary, the intention is to create 11,000 new places before 2024.

A statement from T-Mobile says that prices will not increase to current users for a period of three years.

Once the merger overcomes the latest obstacles, current subscribers will see their plans halved. For example, those who enjoy the current $ 30 monthly plan per minute and unlimited texts with data at a speed of 2GB will pay $ 15 in the future. And there would be another $ 25 plan for data at 5GB speed.

The company said it would add 500MB of data to each plan annually for five years.

Internet for those with less resources

T-Mobile and Sprint also commit to bringing free internet to some 10 million homes with the Project 10Million. Eligible families will receive up to 100GB of free internet each year and a device to distribute the signal. The beneficiaries would have access to buy smartphones and other devices at the price paid by the company.

Related: Google Pixel reaches T-Mobile and is released from Verizon

Others who would benefit from the merger would be firefighters, police and other emergency bodies. The $ 7.7 billion investment would give free plans to members of public civil defense organizations across the country for 10 years. The idea is for the Connecting Heroes program to ease the budgets of the emergency bodies.