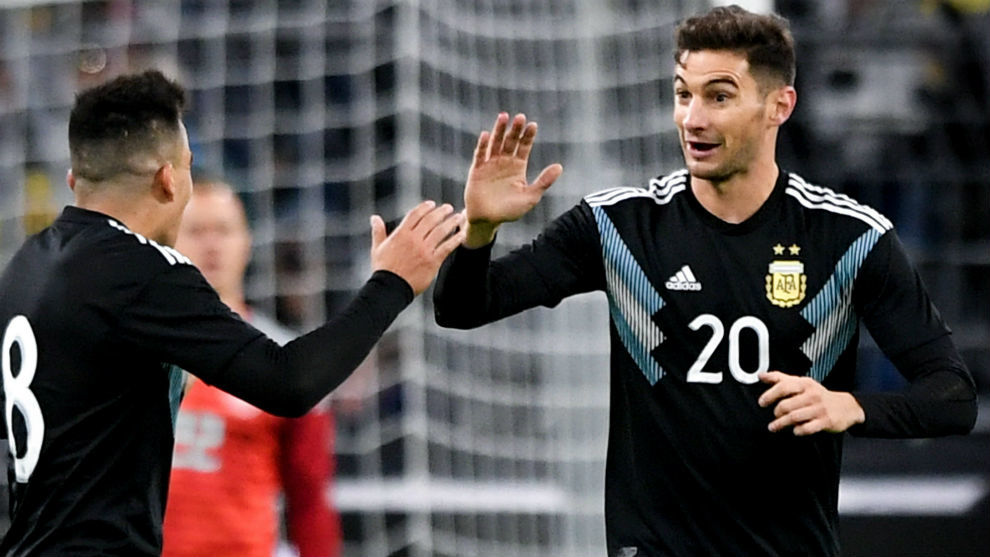 Germany and Argentina met for a friendly match in Dortmund that was a lot more hard-fought than a regular international friendly, a match that finished in a 2-2 scoreline as the South Americans pulled off a comeback.

The home side completely dominated in the first half and went ahead after just 15 minutes when Serge Gnabry kept up his good form by twisting, turning and shooting his way past four Argentine defenders.

Kai Havertz added a second just seven minutes later at a counter attack and Marcel Halstenberg came close to adding a third before the break with a freekick just brushing over the crossbar.

However, a different Argentina side came out in the second half, even if they initially only made a couple of substitutions.

The Albiceleste suddenly attacked with greater danger and Lucas Alario pulled one back in the 66th minute with a great header past Marc-Andre ter Stegen, just moments after he had been brought off the bench.

Argentina pushed and pushed and it seemed like a second goal might come, which it eventually did five minutes from time through Sevilla's Lucas Ocampos – another of the substitutes – and his shot that deflected off Emre Can and past Ter Stegen, ensuring this one finished in to draw