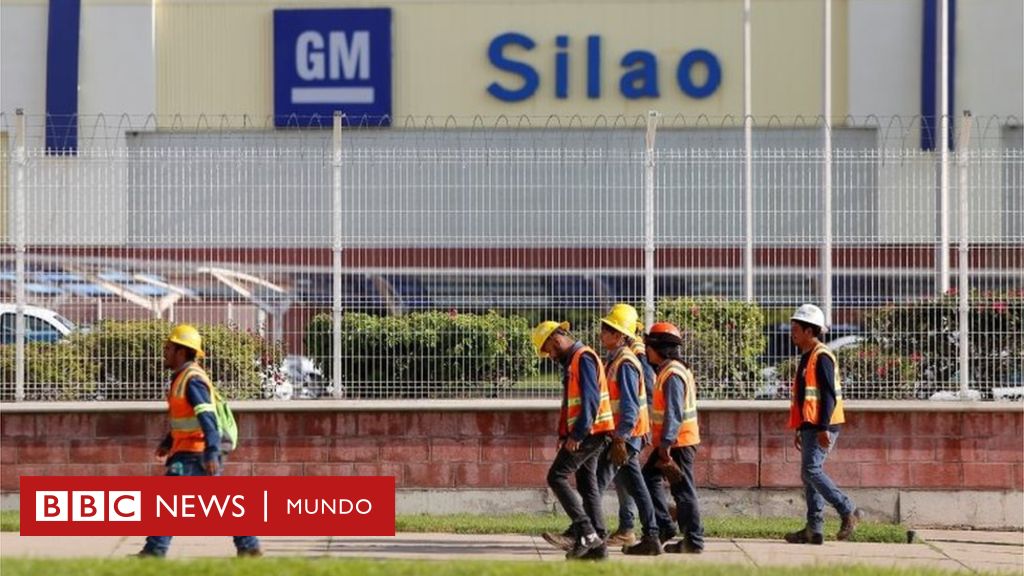 Employees of the General Motors plant in Silao, Mexico, were temporarily laid off as a result of the US strike.

The strike of the American workers of the automaker General Motors (GM) advances this Thursday for its third week, which already begins to resent beyond the United States.

The company has had to stop 6,000 employees in Mexico, many of whom only receive a percentage of their salary while the conflict continues in the neighboring country, a spokesman confirmed to BBC Mundo.

Around 50,000 workers affiliated with the United Auto Workers (UAW) in the United States began on September 16 one of the most numerous strikes in the history of the company founded in 1908.

Among its demands are the increase in salaries and benefits, permanent contracts for temporary workers, as well as the guarantee that there will be more production in the United States plants, instead of those in other countries.

Some 50,000 General Motors employees affiliated with the UAW union have been on strike since September 16.

GMR 17;s latest proposal, directed by Mary Barra, was delivered last Sunday and includes progressive increases for the next four years, but the UAW considered that it was not satisfactory with its demands.

Who is Mary Barra, the “most powerful” woman in the business world and the first in command of an automotive giant

“There were many areas that fell short, such as medical care, salaries, temporary employees, skilled jobs and job security, to name a few,” said UAW Vice President Terry Dittes.

A counter proposal was sent to the company and employees are waiting for a new offer from the company.

Presidential pre-candidates like Senator Bernie Sanders have demonstrated at the side of the UAW workers.

The strike has caused losses to the company estimated at about US $ 1 billion, according to a report by JPMorgan Chase financial center.

But in addition, thousands of employees outside the United States are also suffering the effects of prolonged unemployment.

Home employees in Mexico and Canada

GM Mexico informed BBC Mundo that since Tuesday it began a “technical strike” of production at the plant located in Silao, Guanajuato, in the center of the country.

This is because there is a “lack of components from plants in the United States” as a result of the strike.

The big threat faced by automakers like Ford, General Motors and Fiat Chrysler (and what they are doing to defend themselves)

Of the 19,000 employees the firm has throughout Mexico, all 6,000 who work at the Silao plant were sent home temporarily until operations in the United States resume.

“Employees receive a percentage of their salary,” a spokesman for GM Mexico told BBC Mundo without detailing how much the salary fall.

Silao employees were placed in mandatory unemployment and only received a percentage of salary, but were not fired

The AFP agency reported that, according to an internal document to which it had access, Mexican workers receive 55% of their salary.

General Motors announces the closure of plants in North America, thousands of layoffs and the end of several of its models

The movements add to the compulsory license received by 3,200 workers in Canada, as well as another 500 in an Ohio plant where GM operates a joint venture with Isuzu to manufacture diesel engines.

The strike comes 10 months after GM announced the closure of five plants in the United States and Canada as part of a major restructuring that includes the dismissal of 14,000 employees.