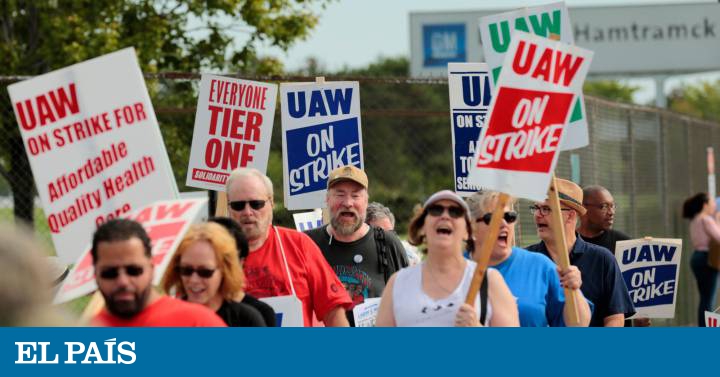 The General Motors employees' strike begins to affect the plants that the US automobile multinational operates in Mexico. The strike, which has just entered its third week, will force the manufacturer to suspend production at the factory in Silao, in the State of Guanajuato. That implies that 6,000 employees will have to be laid off on a temporary basis.

The affected plant assembles the type vans pickup Chevrolet Silverado and GMC Sierra. The strike called in the United States by the United Auto Workers union lasts 16 days. If these l ast dismissals announced in Mexico are taken into account, the total number of employees affected in the entire North American region is around 10,000 employees. GM has already laid off 3,200 employees in Canada.

It is the first strike of GM employees in twelve years and affects about thirty plants in the US. The reason for the dispute is the lack of agreement in the negotiation of a new employment contract. US wage earners demand better wages and that greater production is guaranteed in the country, in order to prevent jobs from being relocated to Mexico where labor is cheaper.

It is estimated that unemployment, supported by 46,000 employees, could already cost GM $ 1 billion to GM. The Silverado and the Sierra are two of its most profitable models. The strike prevents the company from continuing to manufacture them, because the parts and components necessary for assembly do not arrive. So far they managed to pull the inventories they had in the stores.

Last week already had to stop the production of engines in Silao, which affected 450 Mexican employees. GM is limited to saying that the negotiation continues and that the objective at this time is to reach an agreement with the union as soon as possible, "so that everyone returns to work." Shares of the US manufacturer fell more than 3% mid-session on Wall Street.