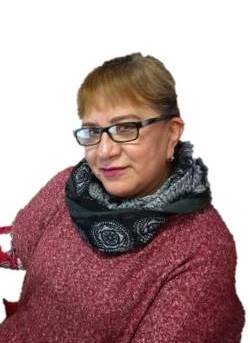 “In their day they told me that women could not be chemists. I didn’t find any reason why we couldn’t ”
On some occasions it has been said that women are the ones who changed history, but in reality, few people know who those beautiful women were. We live in a world where obstacles do not cease for women’s freedom; There were even those who, despite everything, managed to meet their goals and show the world how wonderful we are women. Today, it is a day in which – as always – it is necessary to mention an intelligent and beautiful woman who, through her knowledge and even more, to her constant determinations, managed to make a change in the history of humanity.

In this space mention will be made of a talented woman who did not have a life that was not easy at all; who did not care about the situation he was in and did not stop fighting for his ideals, his desires, his dreams, and so on. As time goes by we are growing and knowing the people, our peers and according to the life we ​​lead this is responsible for making us notice the reality, however, we and we are the ones who choose which path to follow and for our woman today there was a situation that devastated her, but also an opportunity to transform what she probably hadn’t even thought about.

It is a certainty that it has not been easy for any woman to obtain what she has until today, and even less so, in this society so closed and propitiated for men in everything and for everything, what for our little woman was not the exception, since at that time of his life, women considered as scientists were immersed in prejudices.

Gertrude B Elión is our wife today, she was born on January 23, 1918 in the city of New York, United States, she was the daughter of Jewish migrants, her parents left her native country and settled in the United States (Chung, 2010) . As a child she was interested in studying chemistry for having had the experience of the death of her grandfather who died of stomach cancer, Gertrude being her granddaughter spoiled. That fact left a mark on her and was her fundamental reason to go into this disease and know how to cure it.

At an early age he showed interest and love for the studies, which were instilled in him by his parents, in addition to having that curiosity to know everything and thus discover new things. The tragic day for her when her grandfather died, she swore to herself that she would dedicate her life to the study of science, with the purpose that one day not too far away she would discover the cure for such a terrible disease. He studied chemistry at Hunter Collegue, a study center where he was admitted at the age of 15, less than usual.

Because of his great intelligence and excellent grades, he was allowed to pass exams to have access to study there. (RUIZ, 2018).

However, as you can imagine, the economic situation for her was not very favorable, much less during the crisis of 1929, where her family could not continue supporting her with her studies and in an entirely capitalist world, she had to somehow get her studies ahead, but his great determinism and intelligence allowed him to get a scholarship of excellence for his dedication and commitment, and managed to graduate. Then he came across a new barrier, that of finding a job, all due to the prejudices that existed regarding women scientists. It took Gertrude a lot of effort to finish his studies and find work even more, it was not only the crisis of the country but also because of the simple fact of being of the feminine gender; In the places where she applied for work, one of the arguments presented was that she was rejected for fear of distracting the attention of the workers, that is, the distraction of the men, because all who worked were men.

Finally and after being constant, he got a job as a laboratory assistant, which allowed him to afford a master’s degree in Chemistry at the University of New York to advance his profession. Only woman who attended it, because they were not allowed greater access. His work was part-time as a receptionist in a medical office, professor of physics and chemistry in the afternoon. I spent the nights and weekends studying. She never got the official doctorate degree, but was later recognized with three honorary doctorates by George Washington University, Brown University and the University of Michigan (RUIZ, 2018).

When he finished his university studies, another tragedy came to his life. His fiance became seriously ill from bacterial endocarditis and died, his second loss. That depressed her again so she focused more on science. It was until the Second World War that he began his work as a scientist, because in the war many men from large laboratories went to the front, so it required women, greater access for them and Gertrude, was one of them, He got a position as analytical chemistry in a food company. His impeccable work made the pharmacist Johnson & Johnson look at her and offer her the position of researcher.

It was in Burroughs Wellcome, the current GlaxoSmithKline, where he became a prominent character in the scientific world. He agreed to the pharmacist after the head of the laboratory, George Hitchings, was impressed by his intelligence, started as an assistant, a few months later he became an exceptional and totally essential collaborator. Gertrude and Hitchings formed a great tandem and marked a turning point in the development of medications, creating effective and safe drugs, effective against leukemia, gout, urinary infections, malaria, viral herpes and various autoimmune diseases. Thus, they developed together the theory of antimetabolites which is used in the different biochemicals between normal and pathogenic human cells, this to be able to design drugs that could eliminate the reproduction of pathogens but without harming the host cells.

Thus, with his commitment and perseverance, in 1950 he achieved the arrival of pyrimethamine which became a successful treatment for malaria. “The drug list grew with trimethoprim and azathioprine. With the latter, they demonstrated its efficacy as an immunosuppressant in transplant recipients. Gertrude’s life is an example for thousands of women around the world.

”(RUIZ, 2018)
It was a woman, who with her perseverance and effort, managed to get effective treatments for many people, without a doubt she is a woman who transformed the history of science and humanity and who showed that even despite the worst circumstances, she was able to get ahead and Discover a cure for those who really needed it. Thank you Gertrude Belle Elion for everything, therefore.

“Do not be afraid of hard work. Nothing worthwhile is easy. Don’t let others discourage you or tell you that you can’t do it. ”