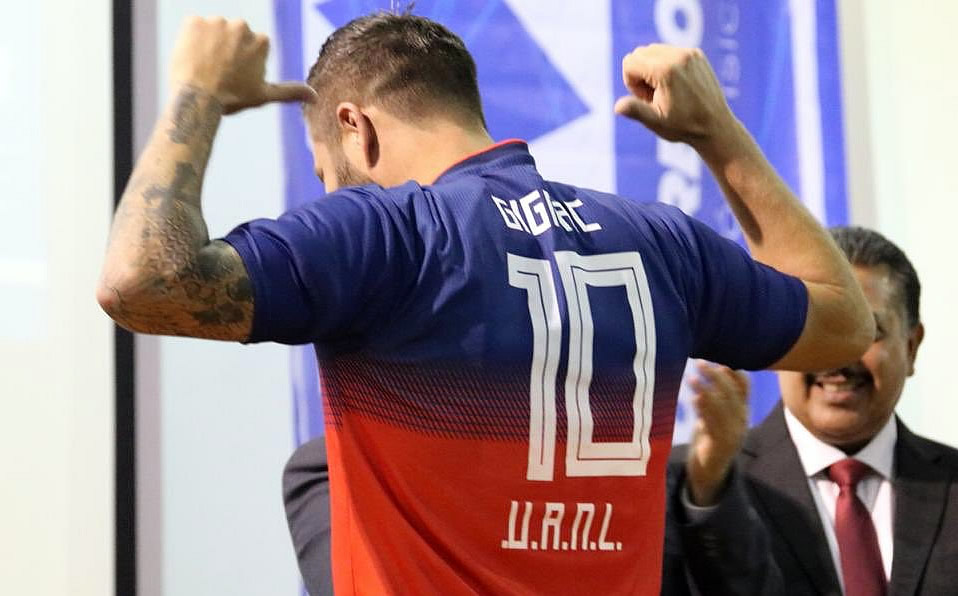 André-Pierre Gignac received recognition from the Faculty of Sports Organization of the UANL during the inauguration of the XXVII International Congress of FOD, due to his contribution to university sports by being inspiration for thousands of students and athletes of the highest house of studies of Nuevo León.

Accompanied by his wife and teammates, Jorge Torres Nilo and Hugo Ayala, the historical goal scorer of the felines was cheered by those present at the Auditorium of FACPYA, who wore at his maximum capacity, where he invited young people to pursue their dreams and made it clear that he is close to fulfilling his with Tigers.

“Thank you very much to everyone, I know that not all are Tigers here but we are from the same city, we represent Monterrey and that is the most important thing. Thank you from the bottom of my heart and to continue studying, to continue fighting to achieve your dreams because mine is close to arriving, which is to finish my career with the Tigers, ”Gignac mentioned in his speech at the microphone.

The Frenchman renewed his contract with the Auriazules last year until 2021, so he has two more years left as a player, after which he would look for a position as a manager or coach, as he has entrusted to his closest ones.

He was also invited by the director José Leandro Tristán, to enter the Faculty of Sports Organization as a student, after Hugo Ayala has already completed the Bachelor's Degree and Jorge Torres Nilo is close to finishing it.

“I know this is going to motivate our students and Gignac, and his wife told him that he is going to study here at our faculty, thanks for being here and because you have become a team icon. Mr. Hugo Ayala, we are grateful to contribute to our faculty and congratulations for reaching 400 games with Tigers, ”said the teacher.