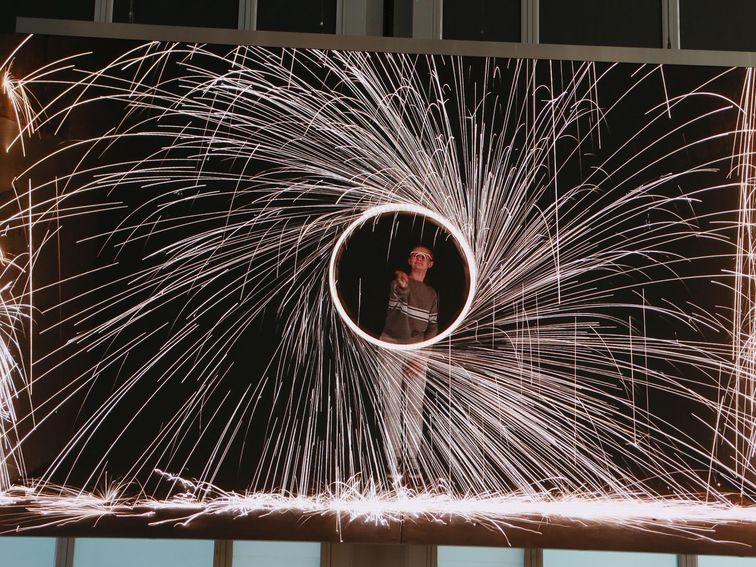 Apple already surprised this year with the iPhone 11; Samsung did the same with the Galaxy Note 10 and now it's time for Google to dazzle the world with the Pixel 4.

Google is celebrating this Tuesday, October 15, an event to announce the Pixel 4 and a larger model known as Pixel 4 XL. We know this because Google did not tire of announcing and confirming it during the last months prior to its event.

But beyond the Pixel 4, he also presented many other products and made other announcements and here we present them all.

Google's first ad was Stadia, the streaming video game service. Rick Osterloh, hardware manager and vice president at Google, revealed that the service will arrive on November 19 to all users and in the available countries.

The new Pixel Buds made their debut quickly and after the announcement of Stadia. The new fully wireless headphones go inside the ear, users can configure the color of their choice and also have a wireless charging box.

Osterloh said that the Pixel Buds have a battery that lasts up to 5 hours on a single charge and the case offers 24 hours more playback, so you can charge about four times the battery of the Pixel Buds by placing them inside their box (which will surely remind you of the AirPods).

Google wireless headphones also have microphones that will help you when you have a call in public or in very noisy places. The microphones and hearing aid technology will help clean the audio so that all you can hear is your voice.

Pixel Buds connectivity has also been improved, said Osterloh. The telephone and hearing aids can be separated inside a house into up to three rooms in the home; or to the full length of an American football field in open places – and still stay connected.

Google announced its new laptop, the Pixelbook Go, which uses ChromeOS software based on its popular Web browser. The notebook has improved autonomy, design and colors that will now be available in a beautiful matt pink and black … black.

Google said the keyboard is quieter than other computers, the chassis is built of magnesium and its autonomy is about 12 hours on a single charge. This laptop will arrive at a price of US $ 649.

Google also showed the Nest mini, the first Google product after the purchase of Nest and that merges both brands. The horn is a slight update from the well-known Google Home mini.

The new speaker has three microphones, includes an adapter to place it on the wall, has functions for the smart home and can notify you of movements in your Nest smart cameras and the bass has improved up to twice, according to Google.

The new Nest mini can be booked starting Tuesday, October 15 for a price of US $ 50 and will be delivered next week. It will be available in more than 20 countries.

Google also took the time to improve the Nest Aware subscription. Google said they now only have two plans: one for US $ 6 per month covering all cameras in the same house and with 30-day video recording; and a second plan of US $ 12 per month with 60 days of recording. These plans will begin arriving in 2020.

Google announced two new products to improve the quality of your WiFi network at home.

The Nest WiFi router will be the device you connect to your main Wi-Fi connection device at home. But perhaps the most interesting product is the Nest WiFi Point that will be used to independently place without a cable connection to your router and will improve the connection quality in places far from your router.

These products also have an integrated Google Assistant, which will allow you to suspend the Internet connection to certain devices through voice commands.

The Nest Wifi can also be configured through an app for smartphones from which you can modify the password or share it with other devices, create a network of guests and more settings.

Nest wifi will be available in eight markets in 2019. Starting with the US, Nest WiFi products can be booked from US $ 269 and US $ 439 to receive them on November 4.

The stars of the event were the Pixel 4 and Pixel 4 XL, the two new Google phones.

As it was rumored, the stars of the event were the Pixel 4 and Pixel 4 XL, the two new phones of the company specialized in searches.

Google Pixel 4 and 4 XL: We tested them and these are our …

The phones now have a double camera on the back, 3D facial recognition that Google ensures is the fastest on a smartphone; It has gesture recognition to interact with applications; a new Google Assistant that is faster and now does the majority of functions on the device, even offline.

The Pixel 4 has an initial price of US $ 799 and the Pixel 4 XL, of US $ 899. The phones can now be reserved and will be available starting October 24, worldwide, Google said without specifying in which countries exactly.

Below you can read our minute by minute coverage of the October 15 event:

Editor's Note: This is an article in development and we will be updating it throughout October 15 and as we get to know all the Google ads.