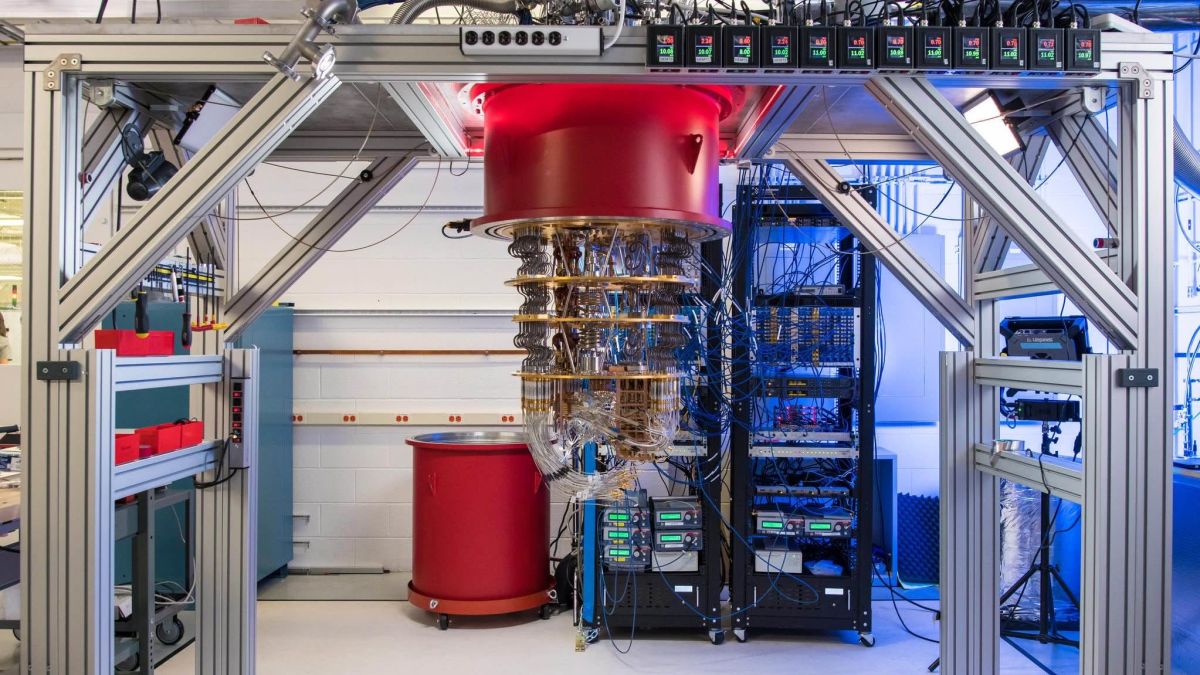 Large technology companies have been competing for years in the construction of a quantum processor that can solve a problem that a classical computer is not capable of. Google has been the first company to announce this quantum supremacy, which is a key milestone for the future of computing.

The news leaked last month, but the California company has waited for Nature magazine to publish the study to make it official. According to this study, Google's Sycamore processor is capable of performing a calculation in 200 seconds that would take 10,000 years to a conventional supercomputer. It is an artificial problem, without utility, but that according to Google lays the foundations of a promising future for quantum computers.

“For many years, quantum computing was only a theoretical possibility. The Google team has shown that it can work, ”says Sundar Pichai, the CEO of Google. “This is the‘ hello world ’moment of quantum computing that many of us have been waiting for. We know that we are still at a very early stage, years away from the practical applications that excite us the most. But it's still an incredible milestone. ”

While classical computing follows the rules of logic, a quantum processor is based on the mathematical properties of quantum mechanics: entanglement, overlap and interference. If a bit can store two states (0 and 1), a quantum or “qubit” bit can contain three (0, 1 and an overlap of both: 0 and 1 at the same time). It is a completely new architecture capable of solving very large problems that could help us design better batteries, discover more effective medicines or minimize toxic emissions in the creation of fertilizers, among other more disturbing applications such as exponentially improving artificial intelligence or breaking down Modern encryption algorithms

Google's Sycamore processor works with 53 qubits, which means it has 2 ^ 53 (10,000,000,000,000,000) states in which to apply the overlay. Achieving this enormous computing capacity has led to several difficulties for Google. Quantum computing is based on probability, and calculations are more prone to errors as the number of qubits increases. The circuits use microwave pulses to trap individual atoms and superconducting cables to transmit current without resistance. Obtaining a stable quantum state requires a freezing operating temperature, close to absolute zero, which implies that Google's quantum computer operates in a cooler environment than any place of nature in the entire known universe. A minimum amount of heat or vibrations from outside can cause qubits to become conventional bits.

To achieve its quantum supremacy, Google built this complicated and expensive circuit and put it to work in the sampling of random quantum circuits, applying a statistical test as proof that the experiment was successful. For Sycamore it was a piece of cake, but a conventional supercomputer that simulated the quantum process could not keep up with him during the experiment.

According to Google, a practical application of this experiment would be the production of truly random numbers, something that can be very useful in the field of cryptography. But Google's quantum supremacy is not an important milestone in that regard, but rather a historical moment that marks the beginning of a new stage in which scientists will have to determine what quantum computers really are for and if they will be truly useful in Comparison with conventional computers.

In any case, the results have not excited everyone. IBM published in a blog that a classic computer could run the same experiment that Google proposes in 2.5 days instead of the 10,000 years mentioned in the study. Google argues that the conventional computer would need a prohibitive amount of RAM to simulate the quantum circuit, but IBM proposes a simulation that in addition to RAM incorporates hard disk space to store the problem status and other existing hardware technologies. "Classic computers have their own resources, such as a hierarchy of memories, high-precision hardware calculations, various software assets and a vast base of knowledge-based algorithms," say IBM researchers. "It is important to take advantage of all these capabilities when comparing the quantum with the classic."