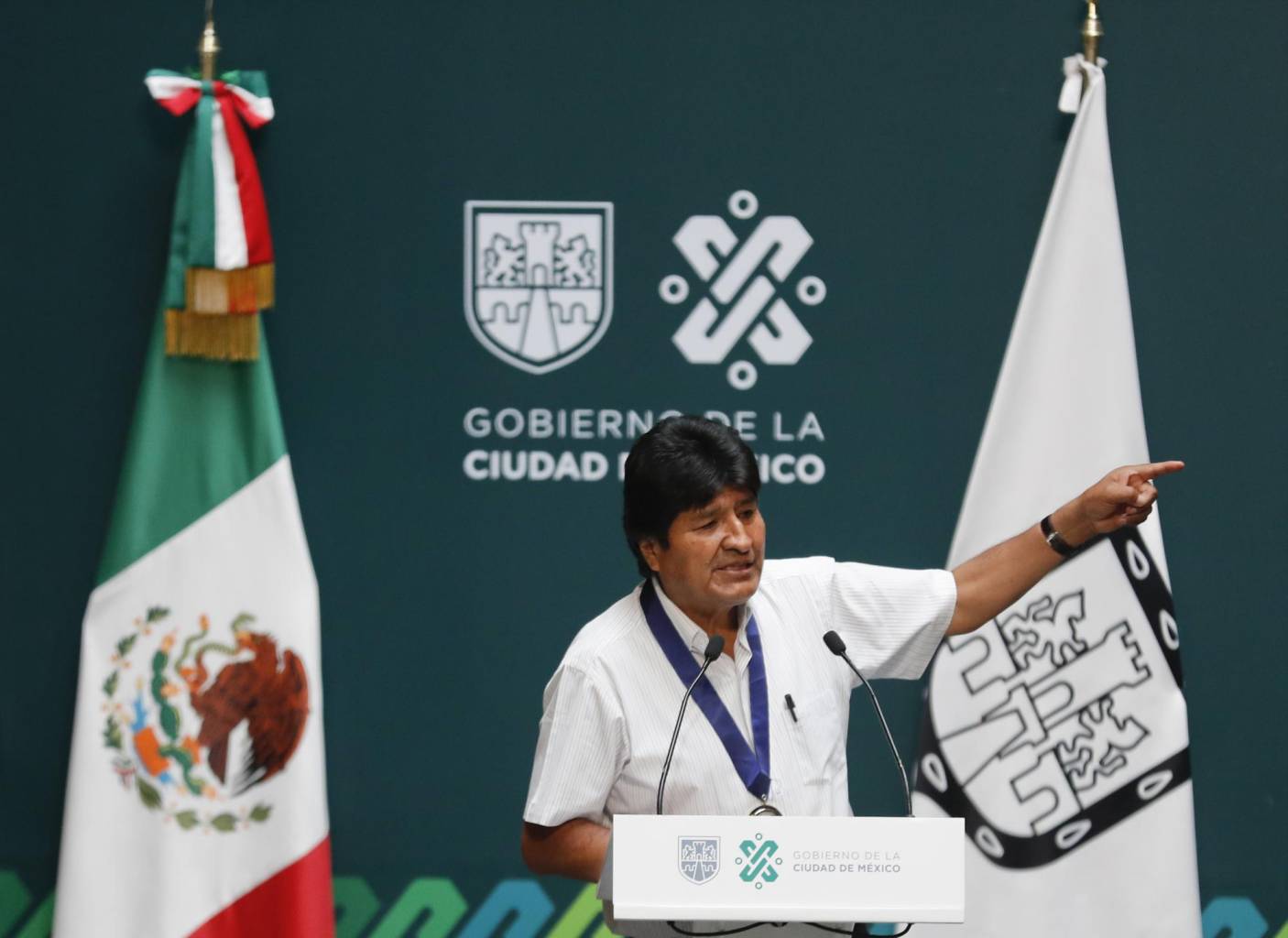 LA PAZ (AP) – The self-proclaimed interim president of Bolivia, Jeanine Áñez, announced Thursday that former president Evo Morales is not entitled to participate in the new elections that his government will convene.

In a press conference, Áñez said that "all the social upheaval" that Bolivia is going through is a consequence of Morales' insistence to run for a fourth term and advised the Socialism Movement (MAS), the ex-president's party now isolated in Mexico, Look for another candidate.

“The MAS has every right to participate in elections, seeking candidates. Evo and (former Vice President Álvaro) García Linera cannot participate, they are not disabled, ”said Áñez.

Morales was authorized to participate in the elections of October 20, described as fraudulent by the opposition, thanks to a constitutional ruling after losing a referendum that said “no” to his nomination not authorized by the constitution. Añez declared the day before that he will take steps to cancel that ruling.

Earlier he accused Morales of fueling the protests from his exile and anticipated that he will file a complaint with the administration of Andrés Manuel López Obrador.

"Mexico must enforce the refugee protocol with Evo Morales," said Áñez and noted that the ex-president has been given the task of "making disqualifications."

Morales took refuge in Mexico after resigning cornered by social protests and pressure from the armed forces after the elections. At a press conference in Mexico the day before, he called for a national agreement to pacify Bolivia with the support of "friendly" countries and said he is willing to return if the people ask him to.

His departure did not placate the protests that were first against the alleged electoral fraud and are now starring supporters of Morales who do not recognize Áñez.

The new government minister, Arturo Murillo, accused Juan Ramón Quintana, Morales's right arm, of activating the protests. “We will go to the Quintana hunt. Why is it hunting? Because it is an animal that is killing people, ”he said in reference to the controversial former minister of the presidency and former ambassador to Cuba.

Since protests broke out on October 20, 10 people have died, according to the Prosecutor's Office.

Morales and his party keep their power intact in mayors, unions and indigenous organizations that have controlled in the 13 years and nine months he was in power. In addition, its legislative majority has begun to complicate the management of Áñez. The "masistas" will pass a law for the military to stop supporting the police in the control of internal security, said deputy Sergio Choque.

Áñez, who proclaimed himself interim president, seems to have the backing of the police, the army, the Church and the civic and political opposition.

The day before yesterday violent clashes broke out between loyalists to Morales and the La Paz police that extended well into the night. The ex-president's followers also took to the streets in the neighboring city of El Alto, bastion of Morales, with the multicolored indigenous flag Wiphala and singing “Now yes, civil war!”.

In the center of La Paz, protesters threw stones, ripped metal plates and wooden planks of works to use as weapons and some lit dynamite cartridges. Riot police responded with tear gas while fighter planes roared on low flights over the crowd in a demonstration of force.

Morales changed Bolivia's policy, ruled for decades by descendants of Europeans, by reversing the deep inequality. The economy grew strongly thanks to the rise in the price of raw materials and promulgated a new constitution that created a Congress with seats reserved for indigenous minorities while allowing the self-government of native communities.

Although some of his followers were dissatisfied with his insistence on holding on to power, Morales is still a popular figure, especially among the Aymara, the ethnic group he belongs to. Many of them are worried about the possible loss of the benefits achieved.

“They have treated us as criminals. Although the Evo is gone, that does not interest us, what interests us is the process of change. We are fighting for those changes. They have burned the Wiphala and we cannot admit that because it represents the indigenous people, ”Teodoro Ulo, a resident of El Alto, told The Associated Press.

So far the United States, Britain, Brazil and Colombia have recognized the government of Áñez. Also the self-proclaimed president in charge of Venezuela, Juan Guaidó.