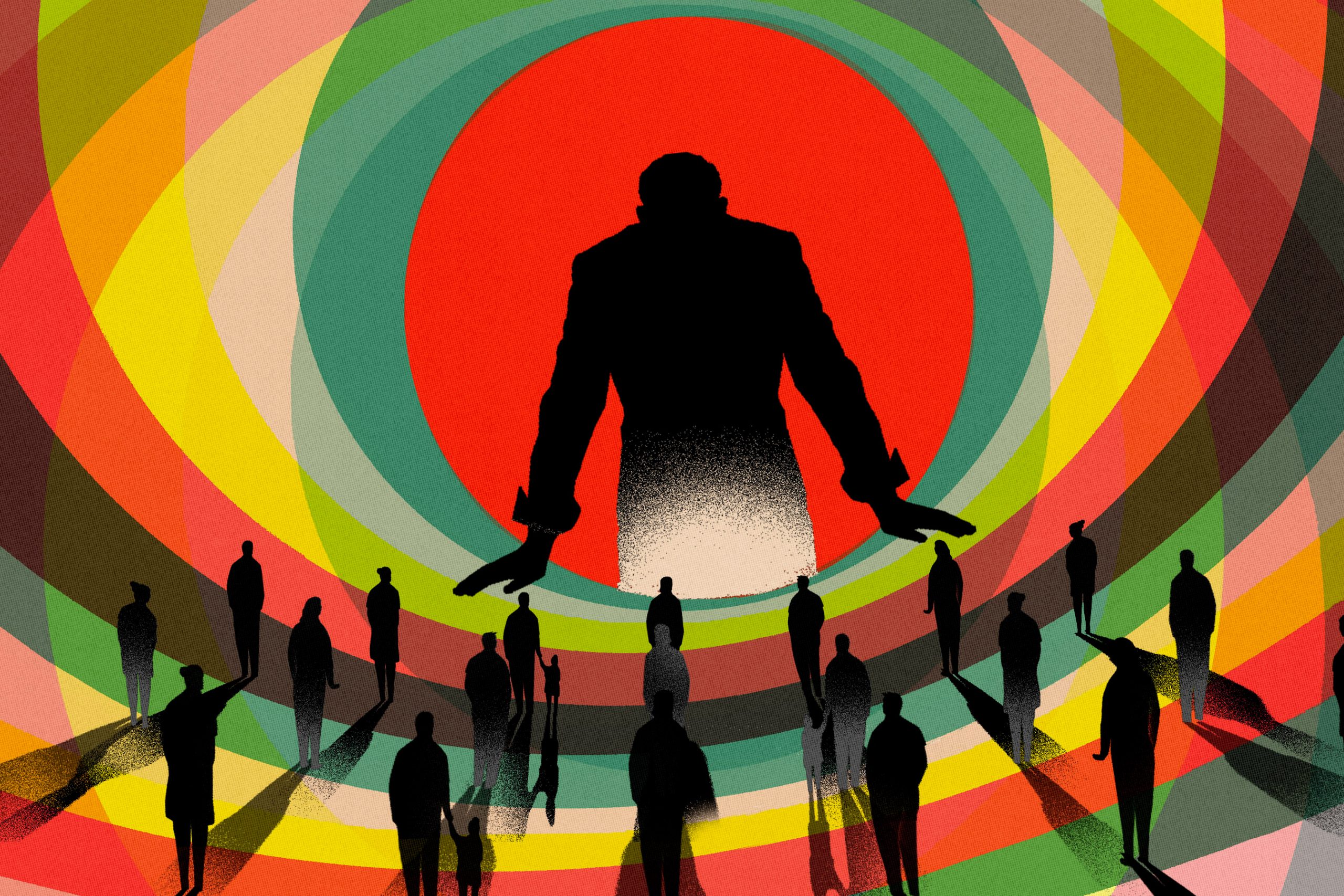 BARCELONA (AP) — Óscar Baños and thousands of truckers like him celebrated Saturday after their collective threat to shut down their engines — stopping transporting cargo just before Christmas — forced the Spanish government to adopt measures to improve their working conditions and control fuel prices, which are very high due to inflation.

It was one of several recent efforts by workers, opposition leaders and citizens to pressure governments in Europe and America to intervene as rising consumer prices hit household and business budgets.

Baños loves hauling cargo across Spain, as his father did before him, but he was ready to forego much-needed pay during a three-day strike ahead of Christmas. After days of negotiations, trucking companies called off their strike from Monday to Wednesday after Spain’s transport ministry agreed to their demands, which included controls to help soften the impact of rising diesel costs.

“In October I spent 1,500 euros for the same liters of fuel as the year before,” said the 48-year-old trucker. “Obviously, with these studs, there is no way”.

After the key agreement, Baños is cautiously optimistic: “Well, it does have things that, if they are put into practice well, yes. Now we see”.

Political pressure has led countries like Poland, Hungary and the United States to take steps that include instituting caps on gasoline prices, promising more financial aid for poor households and releasing crude from strategic reserves. Spain was among countries like Turkey that saw more intense efforts linked to complaints about inflation, such as protests and strikes. Prices have soared as the global economy recovers from the pandemic, increasing demand for fuel and causing bottlenecks in the supply chain.

Although governments have taken steps to ease the burden on the population, they have few effective resources to help in a meaningful and lasting way, economists warn. They say the rulers are only offering short-term help that will most likely do little to combat rising prices. That falls to central banks, some of which have begun raising interest rates to ease inflation.

Inflation in Spain is at its highest level in 29 years —5.5%— and as in the whole world, one of the biggest drivers is the cost of fuel: gasoline has risen 63%, while electricity for homes and businesses is up 47% compared to a year ago.

This week, dozens of trailer trucks slowly rolled through Madrid in a protest march. Many truckers feel that while they helped the country when Spain went into lockdown during the pandemic, they are being abandoned by Europe’s focus on a greener economy, which is shifting from diesel to electric vehicles.

Concessions from the Spanish government on Friday night include regulations to make hard work easier and to attract young people: a ban on drivers loading and unloading trucks and an end to long waits at their destinations. Spain also secured a mandate for all trucking companies to raise their freight rates along with diesel costs, so competitors don’t undercut each other, hurting profits and driving some to the brink of extinction.

“It is not a fuel issue per se, but it obviously affects the treasury and the economic sustainability of the companies,” said Carmelo González, vice president of the Spanish Federation of Freight Transport, which is leading the talks with the government. “This rise of around 35% in the price of fuel is killing us economically, that’s why the claim is made that the rate readjustment formula is coming.”

Jaume Hugas, a professor of logistics, innovation and data science at the ESADE business school in Barcelona, ​​said that inflation is the common theme in the protests by different sectors of the Spanish economy. Metalworkers’ strikes last month turned violent and farmers have protested rising prices.

Hugas sees the problem of Spanish truckers mirrored in countries like the United States and Britain, where a shortage of truckers meant the army had to guarantee gasoline supplies. “And of course, all the factors have been accumulating… it’s that this sector has lost many things for a long time and practically nothing has been achieved,” he says. “I think now that the global collapse, a collapse that has occurred due to the ports in China, in addition to the United States, plus the rise in fuel, has finished filling the glass… but it is a glass that was already practically full.”

Other governments are also facing pressure to intervene.

With inflation at its highest level in 39 years, US President Joe Biden released 50 million barrels of crude from the country’s strategic reserves to the market in a bid to ease energy costs. He also announced an agreement for the Port of Los Angeles to work 24 hours a day to ease supply delays.

However, economists say those actions are not going to make a big difference to prices in the immediate future.

Hugas said that the only short-term measure that produces results, albeit limited, “is to remove taxes from fuels as prices rise to stabilize them a bit.”

Hungary instituted a cap on gasoline and diesel prices at gas stations to combat record high prices. The step comes as the ruling right-wing party faces elections in the coming months that represent the biggest challenge to its staying in power since it was elected in 2010. Some economists have said it is a political decision that will provide some relief for households, but it could bankrupt small gas stations.

In Poland, the government has blamed the European Union’s anti-coal climate policy for high energy prices, but the head of the International Energy Agency says a surge in fossil fuel demand is a factor of more weight. Opposition lawmaker Michal Krawczyk recently said the ruling Law and Justice Party has become too attached to coal and that “its policy, not the EU’s, has led us to this.”

“This Christmas will be the most expensive of the century,” he said. Opposition leaders are pressing the government to help people in the country, where consumer prices have risen 7.8% in the last year.

Last week, the lower house of the Polish parliament approved an initiative that promises cash for the poorest families to help them with their electricity bills. The aid will range from 500 to 1,250 zlotys ($122 to $305) per household, Prime Minister Mateusz Morawiecki said.

It is part of an inflation relief package that also includes tax cuts on electricity, heating and gasoline for vehicles, officials said.

“The inflation shield will not solve all the problems – that is not possible – but it shows that we are doing everything possible to alleviate the effects of inflation, to reduce costs for Polish families,” Morawiecki said.

In Brazil, where inflation has accelerated to 10.74% – its highest rate in 18 years – and some poor people look for food among the garbage that provides them with protein, the rise in prices is one of the complaints in the protests against the government of President Jair Bolsonaro in recent months.

In response to high prices, the central bank has raised interest rates, as the Bank of England and the Norwegian central bank did this week.

Turkey, meanwhile, is cutting rates. President Recep Tayyip Erdogan insists that high interest rates can drive up consumer prices, contrary to conventional economic theory. Inflation is running at 21%, which has left many struggling to buy basic goods such as food.

Thousands of people protested in Istanbul on Sunday against the high cost of living and demanded an increase in the minimum wage. By Thursday, the government announced that it would raise the minimum monthly income by 50%, from 2,825 lira ($171) to 4,250 lira ($258).

“When we go to market, we have to be selective. We buy a quarter of what we used to buy,” said union representative Ahmet Goktas, 61.

Hatice Sahin, a 50-year-old municipal employee and a single mother with three children, said that people cannot pay for their support. “Food prices are exorbitant. You just can’t live,” he lamented.