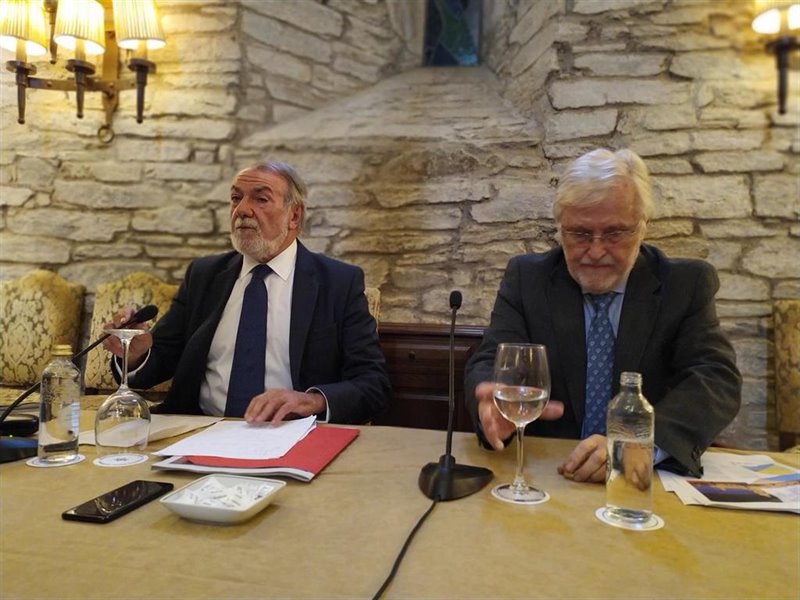 The popular ex-president uses the end of ETA as an "example" about "the crisis of truth": "We have not defeated ETA. With ETA it was negotiated"

Former Interior Minister Jaime Mayor Oreja has charged Tuesday against the gender ideology for leaving biology "irrelevant." "Men are men and women are women. We have the same rights, but we have biological differences," said the popular ex-president during the presentation in Santiago of a conference of the platform 'One of Us'.

The Basque politician has warned that the "crisis" is going through Europe is not based on "political, economic or institutional" reasons but rather that it is "a crisis of values, of truth". "It is a crisis of the person, of undiagnosed human nature that leads us to a situation characterized by extreme disorder."

This is how Mayor Oreja said during the press conference at which he presented the conference that will gather in Santiago de Compostela a group of European "thinkers and philosophers" around the platform 'One of us', arising from a movement' in defense of life "and which aims to claim" the dignity of the person "and values ​​such as the contribution of Christianity to the construction of Europe or the" protection "of the family understood as marriage between men and women.

For Mayor Oreja, the "crises" that go through different European countries have "the same root" that is not related to the rise of "the extreme right or the extreme left", but that these are the result of the "extreme disorder" that, for the popular ex-president, it characterizes a Europe "that has lost its soul".

"CRISIS OF THE TRUTH"

In this sense, he believes that "the dominant fashion that invades everything" prevents "talk" of certain issues and, therefore, hinders the development of "the human condition." "The most important crisis is the crisis of truth, we run away from the truth like the plague," said Mayor Oreja, who has used the end of ETA as an "example" of what, for him, is "the resignification of the truth value. "

"When it is said that 'we have defeated ETA'. No, with ETA it was negotiated. There is a prevalence of lies about the truth," said Mayor Oreja.

He has also stopped at the "distortion of nature" which, in his opinion, occurs with another of the "dominant" issues in current politics: the "ideology" of gender.

So, the platform promoted by Mayor Oreja has chosen Santiago for his first big date after the convention held in Paris in which they gave the green light to a manifesto that, among other issues, appeals to the "recovery of morals" in Europe.

According to Mayor Oreja, the choice of the Galician capital is due to its status as a "symbol of what Europe's roots are", so, in addition to holding this conference in Compostela, 'One of Us' also plans to create an observatory In the Galician city.

The popular ex-president was accompanied in the presentation by Professor Agustín Dosil, who has claimed that 'One of Us' is a "pre-political movement" that aims to "recover" the "scientific" perspective for a European society "that has lost the north."