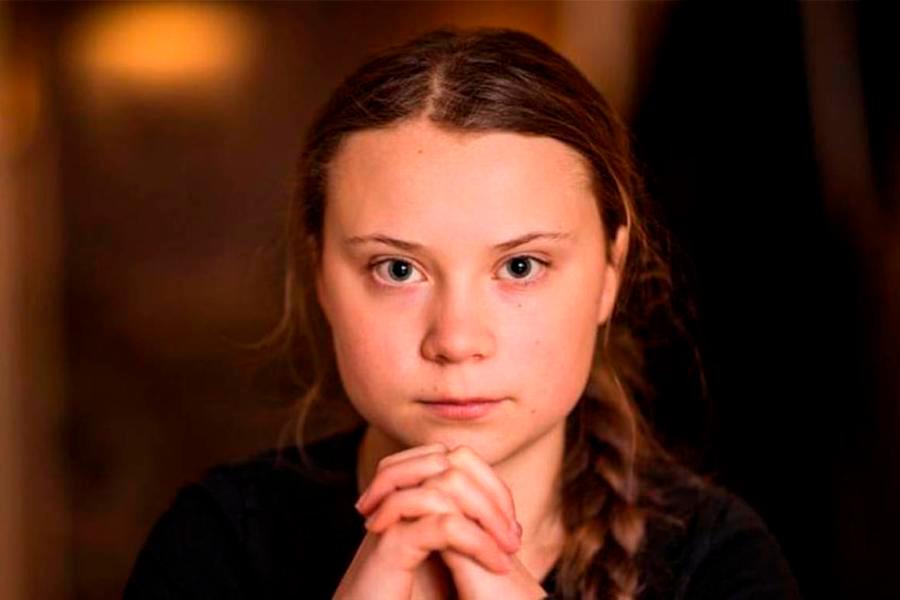 Young people from various parts of the world will tour the streets of Madrid on Friday in a 'March for Climate' to 'stand up' to the climatic emergency in the face of the 'inaction of governments', a protest that will be covered by the Swedish activist Greta Thunberg

Thunberg, inspirer of the youth movement against climate change Fridays For Future (FFF) that set foot on Portuguese land yesterday after 21 days crossing the Atlantic to attend the United Nations Conference on Climate Change (COP25), will attend the demonstration which will depart from Atocha station, in the center of Madrid, at 6:00 p.m. (5:00 p.m. GMT).

Under the slogan 'The world woke up to the climatic emergency' and coinciding with the celebration of the Climate Summit in the city of Madrid, after Chile's decision not to host it due to its political problems, the protest will feature '850 entities attached 'to a call, which' hopes to concentrate more than one hundred thousand people ', explained the spokesman for the' March for Climate 'and the' Social Summit for Climate ', Pablo Chamorro.

The march, which will also be added by other organizers such as environmental organizations and unions, will end with the reading of a manifesto and a series of speeches, such as that of Greta Thunberg or the Spanish actor Javier Bardem, in addition to the interpretation of some songs by part of different musical groups, such as Amaral or Macaco, among others.

The spokeswoman for the Fridays For Future movement in Chile, Ángela Santiago, has pointed out to Efe that Greta Thunberg 'will be present at the march', although she has specified that they have not transcended details about whether to lead the demonstration.

Santiago has assured that the figure of Thunberg has inspired the world, but the movement he represents is 'diverse and global', and 'not only depends on the face of a person'.

We only have eight years left to avoid the climate catastrophe

The young Chilean activist has declared that all the people who have come to Madrid from Chile "bring the voices of our territory", because "the Chilean social outbreak is rooted in the global crisis."

'We only have eight years to avoid a climate catastrophe. This last year has been dramatic in terms of the information received by science, but carbon dioxide emissions continue to break records, ”he lamented.

Chile will also organize a protest on Friday in its streets where 'all social and environmental issues' will be present because the climate emergency is 'totally linked' to social crises, said the representative of Fridays For Future in Chile.

The demonstration in Madrid, Santiago said, "I hope you get the necessary pressure so that our world leaders can really feel the panic of what the climate crisis is and then they can act."

'You have to feel the pressure that this movement is creating', an organization that 'will not accept any more empty words or false speeches. We need action because they have been saying that they are going to avoid a climate catastrophe for more than 25 years and emissions continue to rise, 'the young Chilean insisted.

The representative of the Chilean Society for the Climate Society, Estefanía González, said that her country and the world 'have woken up', because 'we have limited time to take action. Speeches are not enough. Today we know that the world's social crisis is directly related to the environmental one. '

According to González, 'I come from a country where the climate crisis has us worried because it is non-existent', a situation that has caused 'the world to wake up' and 'as civil society we will not stop until we have concrete decisions', because' the action Climate is translated into social equity 'and' today the worst face is suffered by vulnerable people '.

The complaint of the indigenous peoples

Juan Antonio Correa, coordinator of Minga Indígena, stressed during his speech that indigenous peoples have been 'absent from all climate negotiation' and 'there can be no solution without the full and effective participation of us'.

Their territories, he said, 'are the first affected by climate change', so 'we are going to carry out concrete actions to improve the situation of everyone, even the new generations', because' together we can improve our traditional ways of life'.

During the event, it has also been presented as' Social Summit for the Summit. Beyond COP25: The villages for the Climate ', which will take place from next Saturday until December 13 in the multipurpose building of the Complutense University of Madrid, and will have a program of' more than 300 proposals to generate a counter power and an alternative to COP25 '.