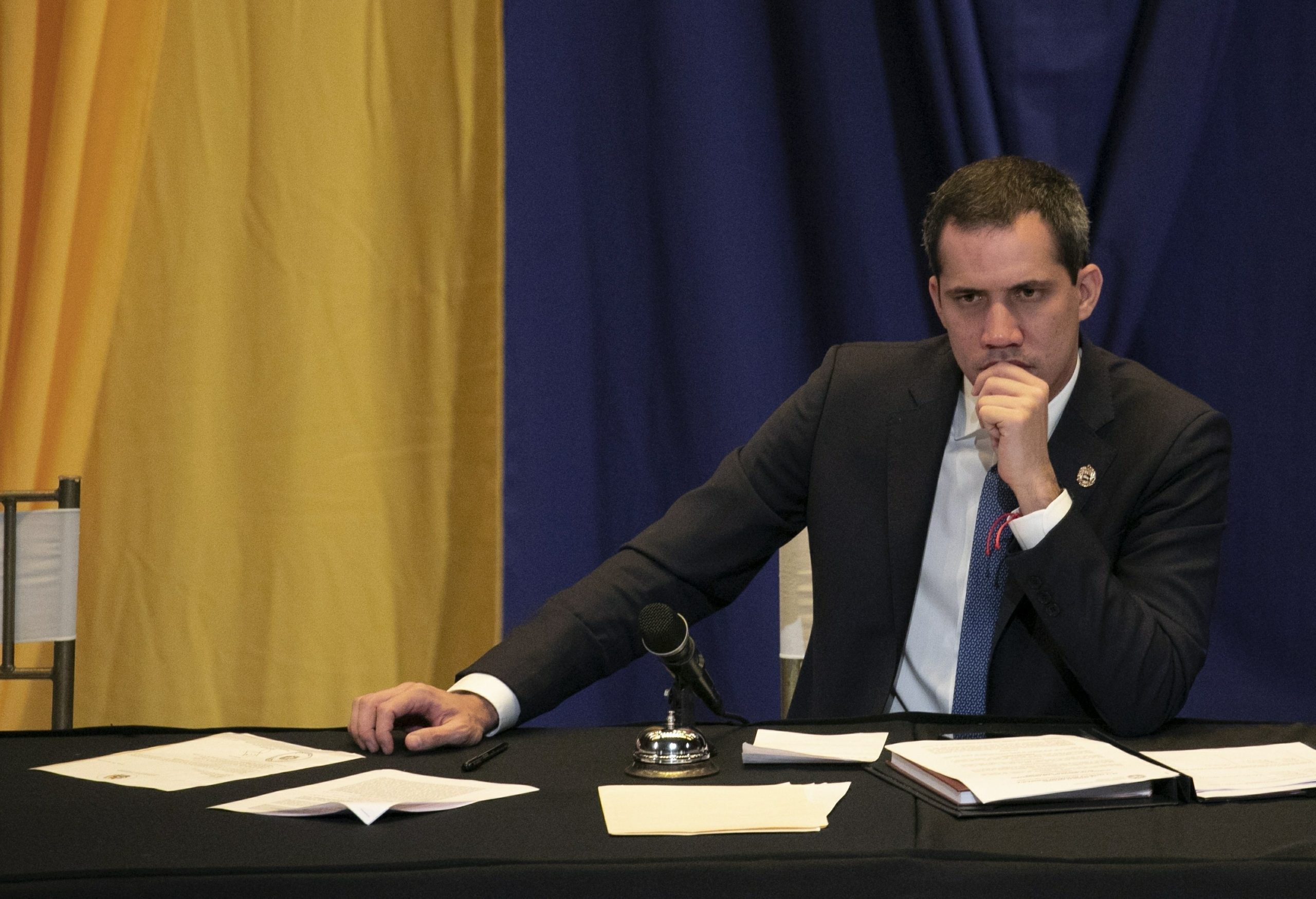 CARACAS (AP) – Venezuelan opposition leader Juan Guaidó demanded on Wednesday that the government assume its responsibility for the violent events that occurred last weekend during an opposition demonstration in the center of the country, and ruled out that those actions are going to discourage anti-government protests.

By condemning the position of the authorities in the case, Guaidó accused the Nicolás Maduro government of trying to impose “state terrorism” to inhibit the population, and maintained that “here there will be no shooting, there will be no threat that could stop and stop the people. “

“Assume your responsibility, do not be cowards,” said the head of the National Assembly when attacking the ruling party, who considered the incident on February 29 in the central city of Barquisimeto as a “show” and a “false positive” of the opposition.

Guaidó expressed, during a session of Congress held in a school in the east of the capital, that all those who participated in the attack on the opposition demonstration, which left at least one gunshot wounded, are “fully identified and linked to the regional government and municipal ”, but did not offer details.

The opposition blamed alleged armed supporters of the government, who are identified as “collective”, for having attacked the opposition mobilization.

Amid the violent incidents, a man with his face covered pointed his gun at Guaidó, according to a photograph released by the opposition leader’s press team that the AP was unable to independently corroborate.

“What a liar. What they give is shame; how they try to deceive their own people, ”stated earlier this week the president of the official National Constituent Assembly, Diosdado Cabello, when dismissing the incident that occurred in the opposition act, and said that Guaidó and his allies seek to“ create false information ” and “make the world believe” that there was an attack against him.

The United States held the Maduro government responsible for the security and integrity of Guaidó, who has been recognized by almost 60 countries as interim president of Venezuela.

The opposition leader urged adverse sectors to the government to participate in the mobilization called for on March 10 towards the National Assembly, which since the beginning of the year was taken by the security forces that have prevented the entry of the opposition majority.

In the legislative palace the Constituent operates and a parallel directive of the Congress headed by the deputy Luis Parra, who was expelled from the First Justice opposition party after being accused of alleged acts of corruption.

For two months the opposition is conducting sessions of Congress in different areas of the capital.

On the other hand, the opposition majority of the Congress declared the invalidity and nullity of the contracts of the state corporation Petróleos de Venezuela S.A. and its subsidiaries in which 49.9% of the shares of Citgo Holding Inc. were granted as collateral in favor of the commercial arm of the Russian corporation Rosneft.