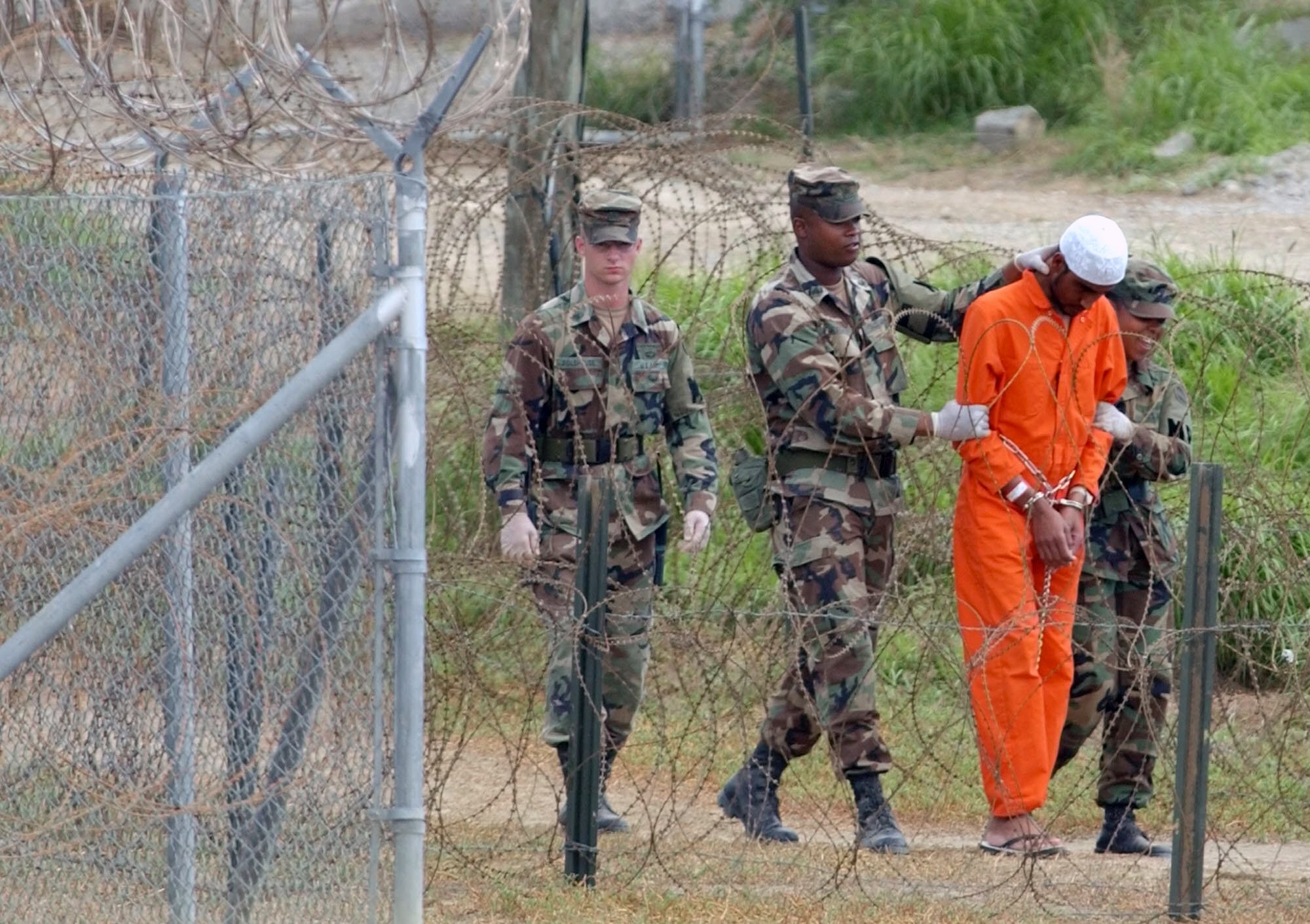 GUANTÁNAMO BAY NAVAL STATION, Cuba (AP) – President Joe Biden turned the page on one of the legacies of Sept. 11 by ending the war in Afghanistan. But he still has a lot to do with another one: the Guantanamo detention center.

The White House affirms that it intends to close the prison of the US base in Cuba, inaugurated in January 2002 and in which most of the 39 men who remain in detention have not been charged with any crime. It’s unclear how or when the government will carry out that plan, although the first steps to free one prisoner and place five others on a list eligible for release have sparked optimism among some who want it shut down, including prisoners.

“The fact that Biden is at least saying the right things has given people hope,” said Clive Stafford Smith, a lawyer who recently made his 40th trip to Guantanamo, to see prisoners he had not been able to visit since the beginning of the pandemic. “Hope is dangerous because it is easily crushed. But at the same time, at least, they have hope, and that’s good. “

As with Afghanistan, Biden faces a complex task to close Guantanamo. It is a promise that President Barack Obama made, and then did not keep. The shutdown was completely abandoned under President Donald Trump, who once promised to “load her up with some bad guys” but who for the most part just ignored the place.

The challenge now, as then, remains: What should the US government do with some of the men from Guantánamo, including some two dozen that it is unwilling to release?

Among them is Khalid Shaikh Mohammad, who was once a renowned figure in Al Qaeda and who is considered the architect of the attacks of September 11, 2001. He faces a trial before a military commission with four co-defendants who – amid legal and logistical problems, personnel issues and the pandemic – he has been bogged down for more than 9 years in the pre-trial phase in a specially built high security room. It is not clear when it will begin.

Mohammad and his co-defendants went to court this week for the first time since the start of the pandemic for a hearing on the qualification of a new judge, Air Force Col. Matthew McCall, to preside over the case. It was the 42nd session of pre-trial hearings since the charges were filed in May 2012.

With the passage of time new problems come. The oldest prisoner, a Pakistani who received clearance for release in May but remains in Guantánamo, is 74 years old and suffers from heart disease and other ailments. Several other men also have significant physical and mental health problems that will have to be addressed if the “indefinite” detention is prolonged much longer. Since Guantánamo was opened, nine prisoners have died: two from natural causes and seven from apparent suicides.

“People are getting older, sicker, more desperate,” said Pardiss Kebriaei, a lawyer with the Center for Constitutional Rights who represents a Yemeni prisoner who recently received permission to be released but is still in detention.

It’s not really surprising that no one has made long-term plans for the detention center. It was an impromptu project from the beginning.

Following the invasion of Afghanistan in response to the attacks of September 11, 2001, the United States wanted a place to hold the hundreds of prisoners from dozens of countries who were captured by US forces, many of whom were turned over, as reported He learned later, in exchange for rewards, regardless of whether they had a connection to Al Qaeda or the Talib an.

The government of then President George W. Bush declared that they were “the worst of the worst,” and claimed that it could hold the men abroad, without charge, as unlawful enemy combatants, without the right to the protection afforded to prisoners of war. war, at the Navy post on the rugged southeast coast of Cuba.

A photo released by the Pentagon showed the first detainees, dressed in orange overalls and kneeling in cages outside in the tropical sun. It was intended to show that “we are doing what we have to do” in a challenging message to the world, said Karen Greenberg, director of the Center for Homeland Security at Fordham Law School.

“They regretted that decision very soon, in a matter of days, if not weeks,” said Greenberg, author of “The Least Worst Place: Guantanamo’s First 100 Days.” ).

As reports of the brutal treatment emerged, Guantanamo became a source of international outrage, undermining the sympathy and support that the United States attracted in the aftermath of the 9/11 attacks.

The United States would end up holding 779 prisoners in Guantánamo and spend hundreds of millions building and running what today looks more or less like a small state prison, surrounded by barbed wire and guard posts on the shores of the glittering Caribbean Sea. .

Bush released 532 prisoners. Obama released 197. Trump released only one detainee: a Saudi who returned to his homeland after reaching an agreement in military commissions.

Few of the detainees could be charged with a crime because no evidence was collected when they were captured, or there was none, or it was contaminated beyond use when the detainees were subjected to what the CIA euphemistically called “enhanced interrogation.” Of those that remain, 10 are awaiting trial before a military commission, and all are still in the investigation phase.

Over the years, the population has been shrinking as the United States decides that some men are no longer a threat and are not worth detaining with legal challenges as a backdrop. The prison has at times been rocked by hunger strikes and clashes between prisoners and guards, sparked in large part by the frustration of being held indefinitely without charge under what the United States asserts to be its right under international prison law. war.

Now the Guantanamo prison is smaller and quieter. But Stafford Smith, founder of the human rights organization Reprieve, says it remains oppressive. “It is not so much the physical conditions, but the psychological ones,” he said. “Being told that you are free to go but that you can never leave, that psychologically is immensely harmful for people.”

Obama, who issued an executive order shortly after taking office ordering the closure of Guantanamo within a year, ran into political opposition when his administration announced that it would move the military trials to federal courts. Congress ended up adding text to the Pentagon’s annual authorization law that prohibited the government from transferring Guantanamo inmates to the United States for any reason.

In a sign that the political winds may be turning, Congress recently removed the ban on transferring Guantanamo prisoners from Pentagon clearance, and removed funding for the detention center from next year’s budget. Whether this will change remains to be seen, especially after several former prisoners, released under both Bush and Obama, became Taliban leaders in Afghanistan.

The Biden administration, which did not respond to requests for comment for this story, has not said much about its plans.

“I don’t have a timetable for you,” press secretary Jen Psaki told reporters when asked in July about the closure of Guantanamo. “As you know, there is a process. There are different stages in the process. But that remains our goal, and we are considering all available avenues to responsibly transfer detainees and, of course, close Guantánamo. “

Supporters of the shutdown are encouraged that the new administration has reactivated a review board process and authorized the release of five of the prisoners (none were authorized under Trump). But they are concerned that Biden’s team has yet to appoint anyone in the State Department to lead an effort to secure agreements with other countries for the resettlement of prisoners, as was done under Obama.

Many argue that the simplest solution would be to move the cases of the 10 detainees who are being tried by a military commission to a federal court in the United States and find a way to transfer or release the rest. Kebriaei, the lawyer whose Yemeni client is awaiting release, said the government just has to focus on the matter.

“There is a feeling that it has to be done, and … more of a possibility that it can be done,” he said.