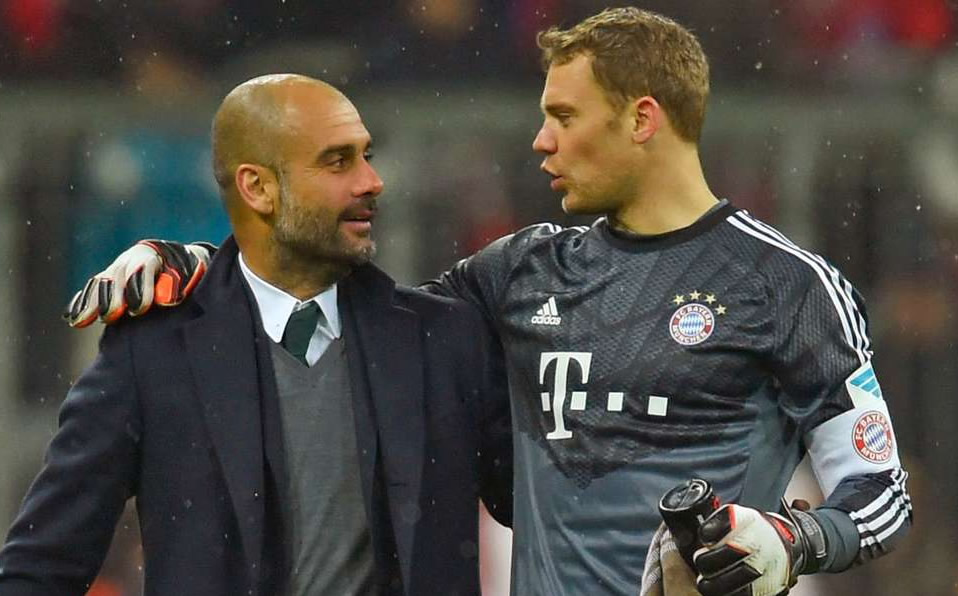 The president of the Board of Directors of FC Bayern, Karlheinz Rummenigge, revealed a plan that Pep Guardiola conceived during his time at the Bavarian club, and that he did not finally realize, that of putting goalkeeper Manuel Neuer to play during a match in the midfield .

“I still remember how, when the Bundesliga was already decided, Pep Guardiola had the idea of ​​playing a game with Neuer in the center of the field,” Rummenigge said in statements to the magazine “51”.

Neuer h as long been regarded as an offensive goal that plays well with his feet and who likes to play outside his area as a kind of glove-free libero.

“It was difficult for me to convince Pep not to do it. The plan, if realized, could have been interpreted as a sign of arrogance on our part,” he added.

Rummenigge admitted that, despite this, he is convinced that “Manu would have also done a good role in the midfield.”

Guardiola was coach of Bayern between 2013 and 2016, won the Bundesliga three consecutive times, in addition to two titles of the German Cup, one of the Club World Cup and the European Super Cup; he could play the last two titles thanks to Bayern, with Jupp Heynckes on the bench, had won the Champions League in the 2012/2013 season.