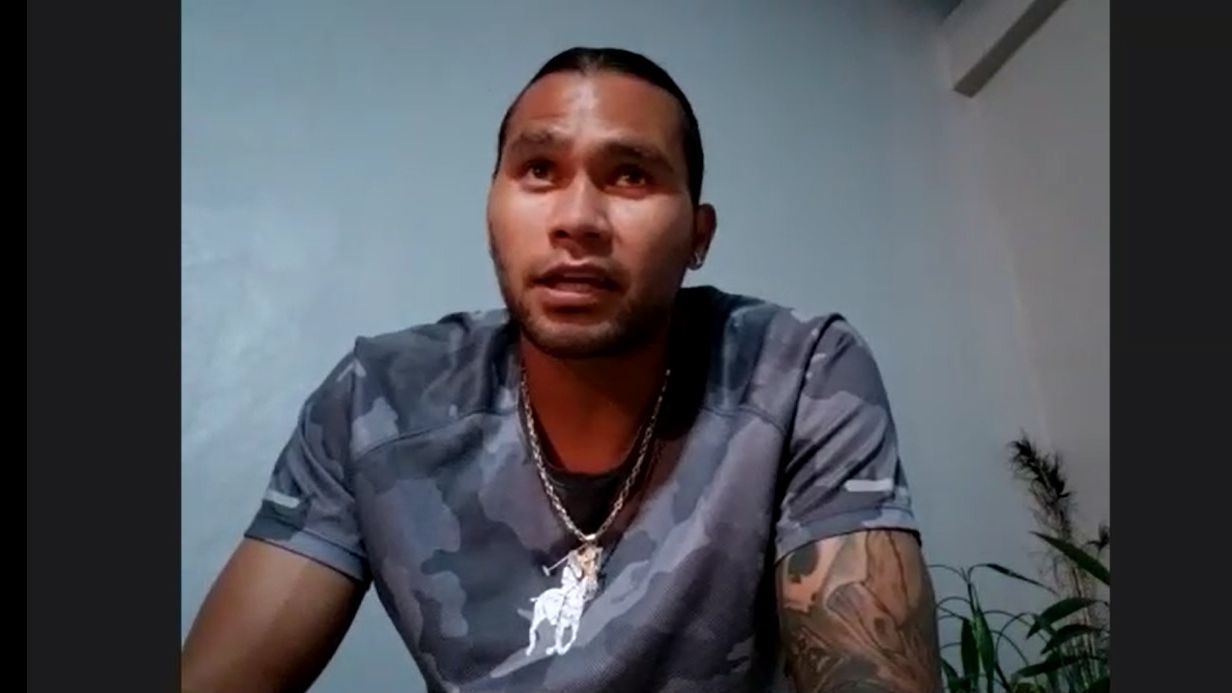 The Mexican midfielder says that, despite his known problems with alcohol, he never hit rock bottom

The Mexican midfielder Carlos ‘Gullit’ Peña acknowledged that the image that national fans have of him hurts, noting that it hurts him to be considered an alcoholic, an aspect that has stained his professional career.

“The truth is that I am very well, I have gone through difficult things personally in the sense that there is a lot of criticism towards me and it is fine,” said Gullit Peña. “The truth is I’m used to that, I’m not afraid or afraid of criticism, if I were afraid of that, I would be locked up in my house and I would have already retired from football.

Gullit Peña assures that he is not afraid of criticism, if so he would have already retired ESPN

“Sometimes many people criticize and judge and point out without really knowing the person or knowing what happened, alcohol has always been mentioned about me, but if you look on YouTube or all the images that have come out of me I think they have never seen a photo of me having an alcoholic drink. “

In an interview for ESPN, the former León player assured that regardless of what is said about him, there is not a photo of him in the media where he is shown in an inconvenient condition.

“I am sure there is no such image and no one has seen it, but even so they judge and criticize and point the finger at me to sometimes hide their own problems,” he said. “But I am used to that, I am not afraid of anything and I am very well personally, my mentality has always been very strong, I have always been well next to people who love me, people who love me from the heart always love me. I’ve had by my side and that’s the most important thing. ”

In the same way, he asserted that he is not perfect and accepted that in his career he has made many mistakes and assured that people are more interested in his professional life than what he does on the pitch.

Carlos Peña had a career full of ups and downs in Mexican soccer. Getty Images

“As I have always said, I am not a robot, I am a human being who has made many mistakes like any other person, it is a reality that, yes I have made mistakes, but I always stand up to vindicate myself for those mistakes,” said the current player of the FAS from El Salvador. “I always keep moving forward as you say, I have a lot of back to withstand a lot of criticism and nothing happens, it’s just part of this, each person has their own personality.”

Gullit Peña, who in his career achieved a two-time championship with León, stated that “those who criticize, point and point out, sometimes are more interested in my life than in their own, but I have no problem, I live my life happily thanks God. I do what I like, I work in what I like, I have people who love me close to me and the truth is that I cannot ask for more, I am healthy and I continue to move forward always “.