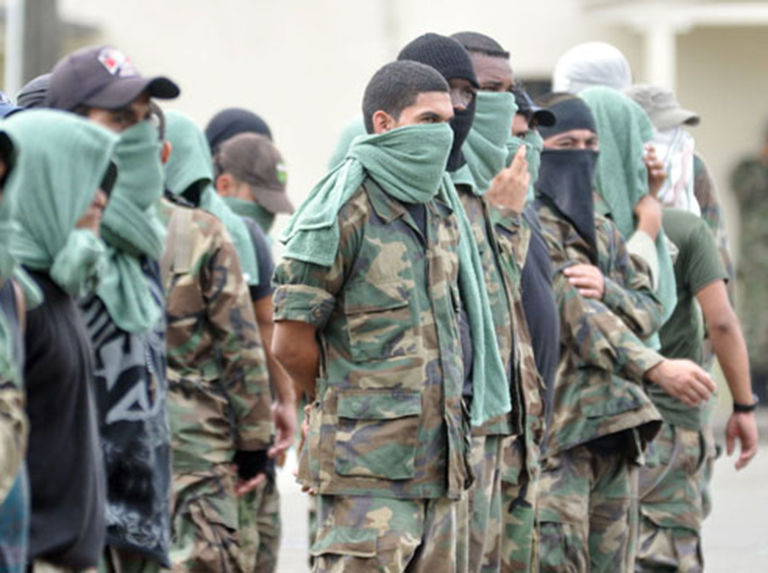 "The Colombian government threatens to import, through paramilitary groups, violence in Venezuela in the face of the impossibility of its Creole allies to disrupt the Revolution through democratic means," denounced on Monday the first vice president of the United Socialist Party of Venezuela (Psuv), Diosdado Cabello.

During a press conference in Caracas, he said that the president of the Republic, Nicolás Maduro, issued instructions to the Bolivarian National Armed Forces (Fanb) to combat any irregular Colombian group that wants to enter Venezuelan territory to cause acts of violence.

“These paramilitary groups are engaged in smuggling, extortion and drug trafficking, for that purpose they were created. The Colombian government uses these groups to threaten Venezuela, because they don't dare do it directly, ”he denounced.

He said that the US military bases in Colombia only serve as a training center for paramilitary groups that are part of the structure used by the government of the neighboring country to maintain violence and criminal structures.

“They use paramilitaries to threaten Venezuela, because they know that the Armed Forces of that country are not going to lend to attack our country. The Colombian Armed Forces are full of people, not oligarchs, so they will not come to attack their brothers of the Venezuelan people, ”he said.