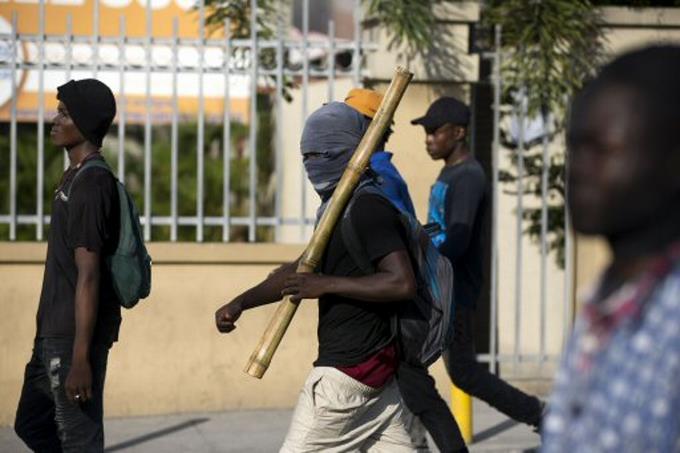 The deep political crisis that affects Haiti and that has caused daily protests since mid-September is at a point of blockade difficult to solve.

The opposition has ignored the calls for dialogue, which have left the UN, European countries and the United States, while President Jovenel Moise remains in power, who refuses to resign.

The protests and barricades, present daily on the streets of Port-au-Prince, and the growing activity of armed gangs have led to almost total paralysis of economic activities for eight weeks and have aggravated the humanitarian aid needs of the most disadvantaged

The UN, Washington, the European Union and numerous foreign embassies have made constant calls for dialogue between the Government and the opposition.

The last attempt, the US Embassy he reiterated this Monday his request for talks between "all" the political actors, "without preconditions".

But the opposition rejects this bullet, because its only precondition, which it does not abdicate, is that President Moise leaves power, who is blamed for the crisis that grips the poorest country in America.

Moise holds on to power and has reinforced his calls to the opposition to maintain "serenity" and put an end to violent protests, while blaming all evils on the "exploitation system" that prevails in Haiti since colonial times .

IS AN EXIT TO THE CRISIS POSSIBLE?

Despite repeated calls for dialogue, negotiations or agreements between the Government and the opposition "seem almost impossible," he told Efe Ary Régis, a professor at the State University of Haiti.

In the opinion of this analyst, "unlike other almost similar episodes in the country's history", in this crisis "there are important issues" around which the Government and the opposition could build consensus, such as judicial, economic and electoral issues .

Régis points out two possibilities in this crisis: "Either the changes requested by the people are made, or the system moves again to ensure its survival."

In this crisis "existential" issues have also emerged, because, in Régis' opinion, citizens have become aware of the historical roots of their ills, including the debt of independence, the American occupation and the 30-year dictatorship of François Duvalier and of his son, Jean-Claude, who ruled from 1957 to 1986.

The professor of the State University Wilson Jabouin indicates that the deterioration of the economic situation, the lack of attention to the part of the population that lives in inhuman conditions and the waste by the governments in the last 30 years have contributed to wake up the discontent in the popular classes.

"The poor government of Jovenel and the Tèt Kale party, or even the last 30 or 40 years, does not take into account the growth of the population and their needs for services and introduction to social, political and economic life. This has allowed many more people to become actors in the public space and with communication skills, "explains Jabouin.

For this expert, "the situation is serious", "almost desperate" because the president has no support and the opposition maintains internal differences "based on elements of detail that underlie the struggle for power."

"We risk reaching an overflow that leads to a civil war, with heavily armed groups. We are not far from a civil war," he warns.