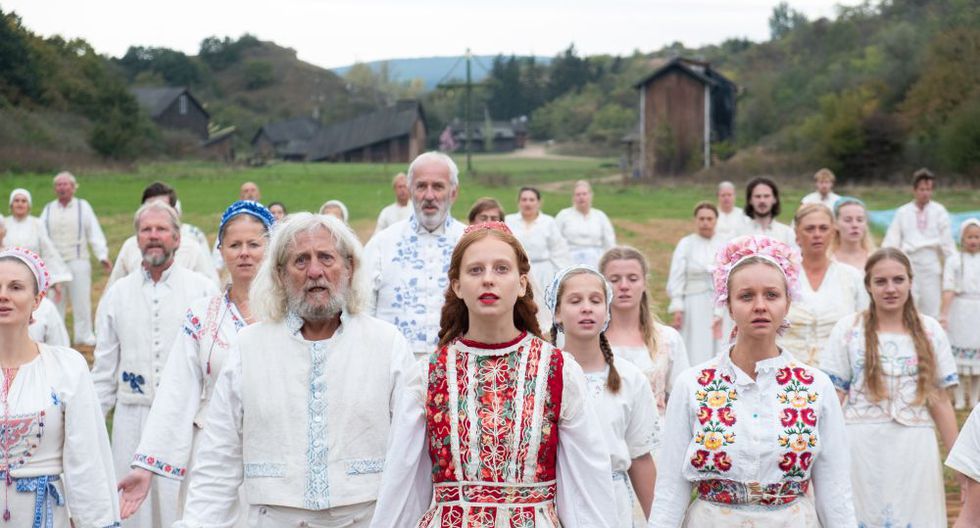 To get to the point, we will say that "Midsommar" is the best horror movie released in Peru this year. But since the genre has its lovers, and these usually consume it all with devotion, it is convenient to make the warning that “Midsommar” does not really fit the traditional horror: it is not a film that abounds in gloom, abrupt and exaggerated screams, or accompaniments Musical manipulators. Aesthetically, it is rather bright, with a staging that exploits its open spaces and its symmetries, and a soundtrack of operatic air.

It tells the story of Dani and Christian, a couple of university students who, after a family misfortune, decide to join a group trip to Sweden, where they enter an ancestral community that enlists a series of rituals for the summer solstice. The excursion is, on the one hand, an anthropological search for Christian to complete his thesis; on the other, an excuse to overcome the crisis in their relationship. Neither of the two plans, however, will be so easy to specify, since the apparent Eden into which disturbing faces are introduced.

LOST IN THE PAIN

"Midsommar" is directed by the young filmmaker Ari Aster (New York, 1986), who last year impressed with his debut opera "The Legacy of the Devil" ("Hereditary"), a film with paranormal touches, but mostly portrayed the psychological and emotional breakdown of a family. In "Midsommar", the motivation and purpose are similar: move the characters through a traumatic maze, with a skill as subtle as perverse. And yes, the cruelty is very hard and straightforward, but surprisingly similar to any everyday nightmare.

With a bit of the rarefied isolation of "The Shining," the exacerbated anguish of "Rosemary's baby" and the fear of pagan cults of "The Wicker Man" – yet distancing enough from each other to reaffirm its originality – , "Midsommar" is a work that challenges our capacity for empathy, tolerance for pain and even the state of our emotional ties, so likely to collapse in the face of minimal imbalance.

BF Distribution reported that the premiere of "Midsommar", scheduled for today October 24, is postponed to November 14.

OTHER PREMISES OF THE HALLOWEEN SEASON

The experienced Peruvian filmmaker makes his first foray into terror through a free adaptation of a famous Ricardo Palma tradition. The argument: when Nani, a 20-year-old girl, learns that one of her ancestors, Sebastiana, tragically died at the family farm, decides to invite her friends to visit the old house to investigate the case.

More than 20 years after the premiere of "Ringu" (1998), the Japanese film that became a sensation (and motivated sequels and even a remake in Hollywood), the director of the original delivery, Hideo Nakata, takes up the myth of Sadako to – supposedly – put an end to the saga. On this occasion, horror is modernized and, instead of inhabiting disturbing videotapes, it is moved to You Tube.

Although it was born as a series of cartoons in "The New Yorker", the television version of the 60s is the most remembered of this monstrous family formed by Homer, Morticia, Pericles, Merlina, Uncle Lucas, Largo, among others. Now, the endearing story takes an animated form to bustle your neighborhood, but it is expected to preserve the gloomy and playful essence of the original delivery.

Before the premiere of "Doctor Dream" (November 7, which will follow the adult life of the remembered Danny Torrance, returns to theaters this masterpiece, in special functions this Friday 25 and Saturday 26.

An 11-year-old boy acquires a strange disease and must undergo experimental treatment.

A bartender finds a lost phone during a fight, and through it he will begin to receive disturbing calls.

“The light on the hill” (Ricardo Velarde)

The story of a death in the Andes closes the cycle of Peruvian horror.