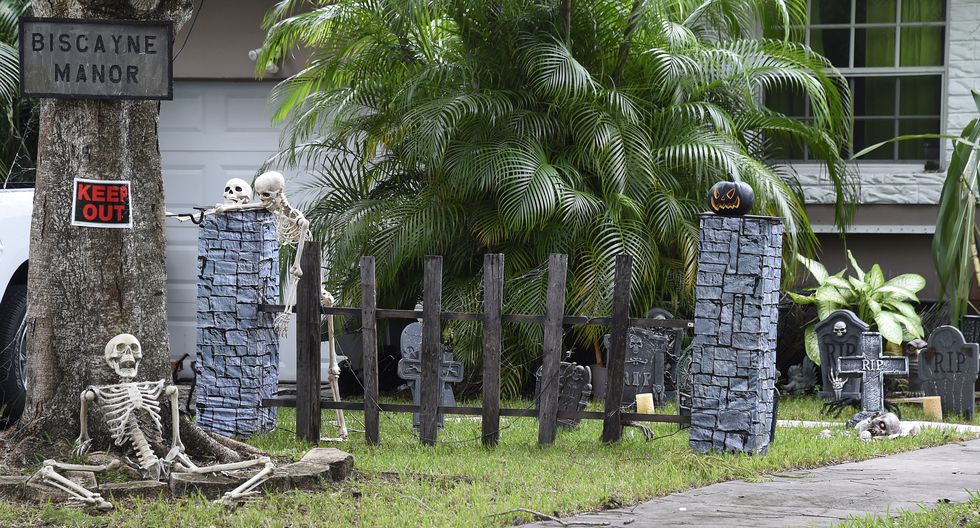 Miami Halloween, the equivalent in the Anglo-Saxon countries to the Day of the Dead of Hispanic culture that is celebrated every October 31, is a day with restrictions for people with convictions for pedophilia and other sexual crimes in US states like Florida.

In Hillsborough County, West Coast of Florida, Sheriff Chief Chad Chronister has accompanied his agents these days in the task of knocking on the door of sex offenders and predators to see if they live where they appear in the records and Remind them of the rules that apply for this Thursday.

► Halloween: What is the origin of the centenary tradition of bonfires, pumpkins and candies

According to media reports from Tampa, the most important city in Hillsborough, Chronister made a warning to those who plan to follow the Halloween tradition today: “Remember, you should not knock on the door in the houses where the porch light is off ”.

According to the Florida Law Enforcement Department, that is one of the things that those included in the list of sex offenders in the state, which are about 26,000, according to local media, should do to stay out of the activities of a day in which children are the main protagonists.

On Halloween, children in disguise go from house to house in their neighborhood asking for treats, what is known as “trick or treat” (trick or treat), a custom that can lead to unwanted encounters.

Correctional Department officials have reminded registered sex offenders these days that they cannot give candy or other gifts to children and should turn off the lights at the entrance of their homes, have the curtains lowered and not decorate the house with symbols like pumpkins, witch figures, ghosts, etc …

Nor can they disguise or mask or participate in activities with children under penalty of being detained.

The Floridian authorities reminded parents on Thursday that they have an application for cell phones since 2018 that allows them to know in each location where those included in the list of sex offenders live.

Introducing that technology tool a year ago, Rick Swearingen, commissioner of the Florida Department of Law Enforcement, said he was confident that all parents would download the application “before going out with their children to the 'trick or treat'” and that after they used it "frequently to keep their families safe and report suspicious activities."

The Hillsborough sheriff advised parents not to let their children go home alone at home and that if there is no adult who can accompany them, at least go in groups and with a previously set itinerary.

A dozen states have laws similar to those of Florida and there are also regulations of that type of municipal or regional scope.

The controversy has accompanied these laws since its inception, as it is aimed at people who have paid or are paying their debt to society.

This year the controversy has focused on Butts County in Georgia, whose sheriff, Gary Long, wanted to put up posters in the homes of sex offenders warning that there could not be asked for “trick or treat”, as he did in 2018 .

A judge has prevented him from doing so through a provisional ruling in which he gives the reason to those who sued Long for considering that the cartels violated the first amendment of the Constitution, which prohibits the government from making laws that go against the rights of already established individuals by the fundamental laws.