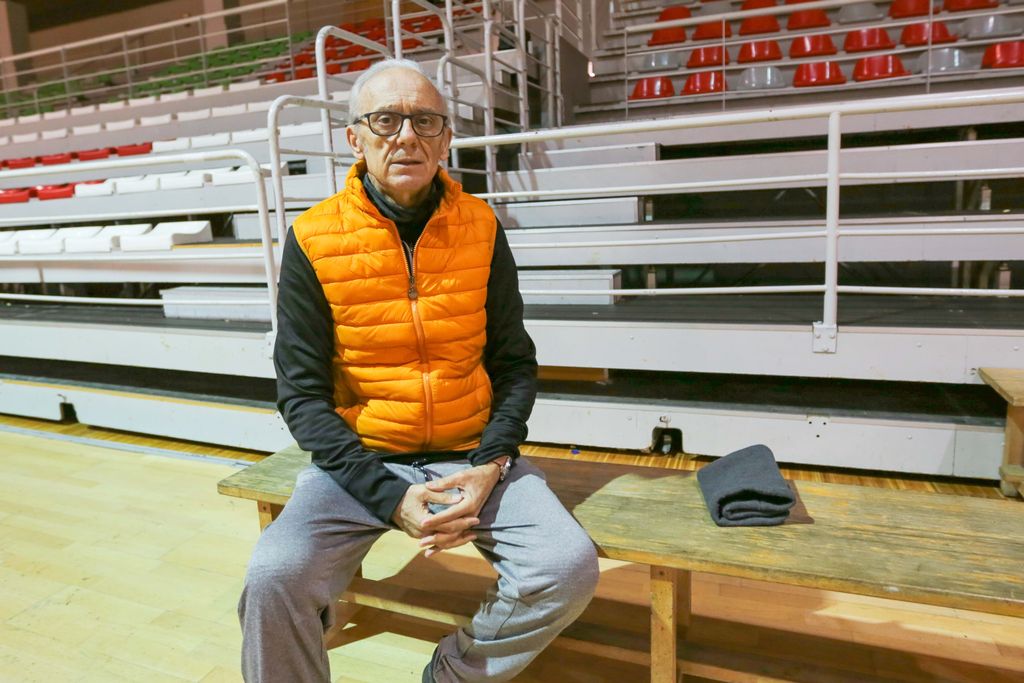 Fran Teixeira is 61 years old. Fran Teixeira has been training since the age of 18. Fran Teixeira maintains the illusion of ascending to the Silver Honor Division with his Rodose Chapela. Fran Teixeira enjoys his family, his friends and his players. Fran Teixeira is a myth of Galician handball. Fran Teixeira suffers from colon cancer.
It is not a fact to feel pity or compassion. The Vigués technician does not allow it. Unlike. He lives naturally with his illness and faces him with the love of his people and with the passion of his life. “The best possible way for my players to help me is what they do: come and train hard in the afternoon,” he explains. “This gives me life,” adds Fran, who since he was diagnosed with the disease in 2017 and despite the doubts he had to follow, only one game has been lost in all this time.
But, like its players, Teixeira gives everything in the sessions. Last Monday, without going any further, he underwent a ten-hour chemotherapy session and then went to the pavilion. “You are not like other days, but there we continue,” he explains.
Handball is an engine for the Vigués coach. The love for the game. And for his family, for which he falls apart in praise. His wife, his children. “Without their help it would be impossible,” he acknowledges. Also for public health, one of those treasures that people seem not to be aware of what it means. I hope they never remove it to have to find out. At the Álvaro Cunqueiro hospital, Teixeira receives his treatments by some professionals to whom he is grateful. For all this he feels lucky. “I wish everyone who has to go through this had the luck that I have,” he says, while thanking the help that his wife, Salome, a nurse by profession, gives him.
Precisely, despite Fran’s popular bad temper on the benches, he is a person very dear to everyone in the handball. For this reason, the journalist of the Galician Radio Alfonso Pardo has organized a special program of his ‘Convivir Deportivo’ in which a tribute to his extraordinary career will be paid, with eleven titles and eight ascents in tow. A legend. “For me it was a surprise. Little do I know how the program will be. My son (Adrián, his second in Chapela) told me to tell my friends and I did that,” he confesses humbly. We will have to see if the Casa do Deporte de Vigo does not remain small next Monday at 18:30. Santa Cristina, Mercantil, Octavio, Teucro, Sporting de Lisboa, Lalín … are many years, many memories, many stories. Many friends.
But beyond deserved tributes, life goes on. The hands of the clock go forward and Teixeira, sick or not, is still a coach. Still winning. Today he faces a crucial clash at home with his Chapela, second in the table, before leader Lalín, who has two more points. A step up to a possible ascent to Plata. “It would be impressive,” confesses Fran, who is “proud” of a staff that has suffered injury problems and still maintains the competitive level. “Hopefully we can enter the sector,” he wishes. And if it is not achieved, it will be the satisfaction of having fought until the end. “That sure, until we can no more,” says Teixeira intermingling handball and life. Because in the end, it’s the same. Do your best and do as little damage as possible and get as much love as you can along the way. Like anyone, Fran struggles day by day to get him protected by public health, his family’s love and his passion for handball. Because cancer patients are not super heroes. They are normal people, who fight to be happy despite ailment. n