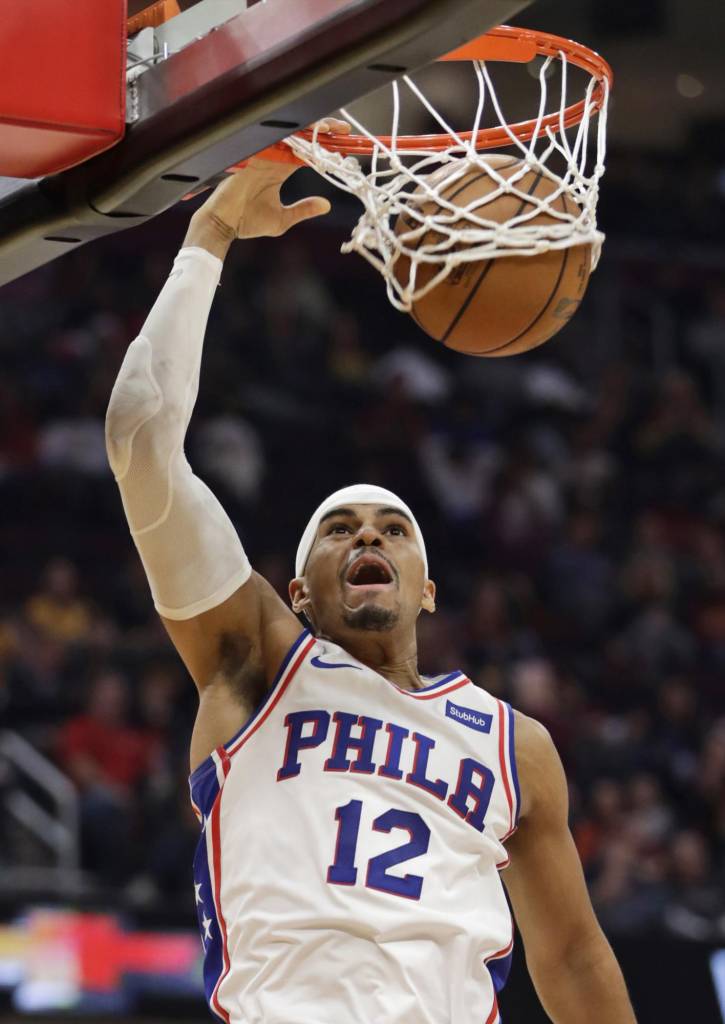 On Tuesday Cleveland was close to surprisingly defeating Philadelphia before losing 98-97. Now the Sixers quickly put an end to the Cavaliers' hopes of repeating the performance.

Philadelphia went ahead on the scoreboard in the middle of the first quarter and increased the points difference little by little, making 67% of their field shots in the first half. Its advantage became 75-44 at the beginning of the third period.

Harris hit 12 of 14 field shots, failing only one of his 12 two-point shots. Ben Simmons totaled 10 units and 11 assists, with which six players of the 76ers scored in double digits.

The pivot Kevin Love suffered a spectacular fall after receiving a blow from Furkan Korkmaz when he tried to pull from the line in the first period. Love got up after lying a few seconds and raised a thumb to indicate to the audience that he was fine, so he kept playing.

Love finished with 12 points in 25 minutes. Collin Sexton had 17 goals for Cleveland, which has had three consecutive duels and started a five-game streak in seven days with this game.