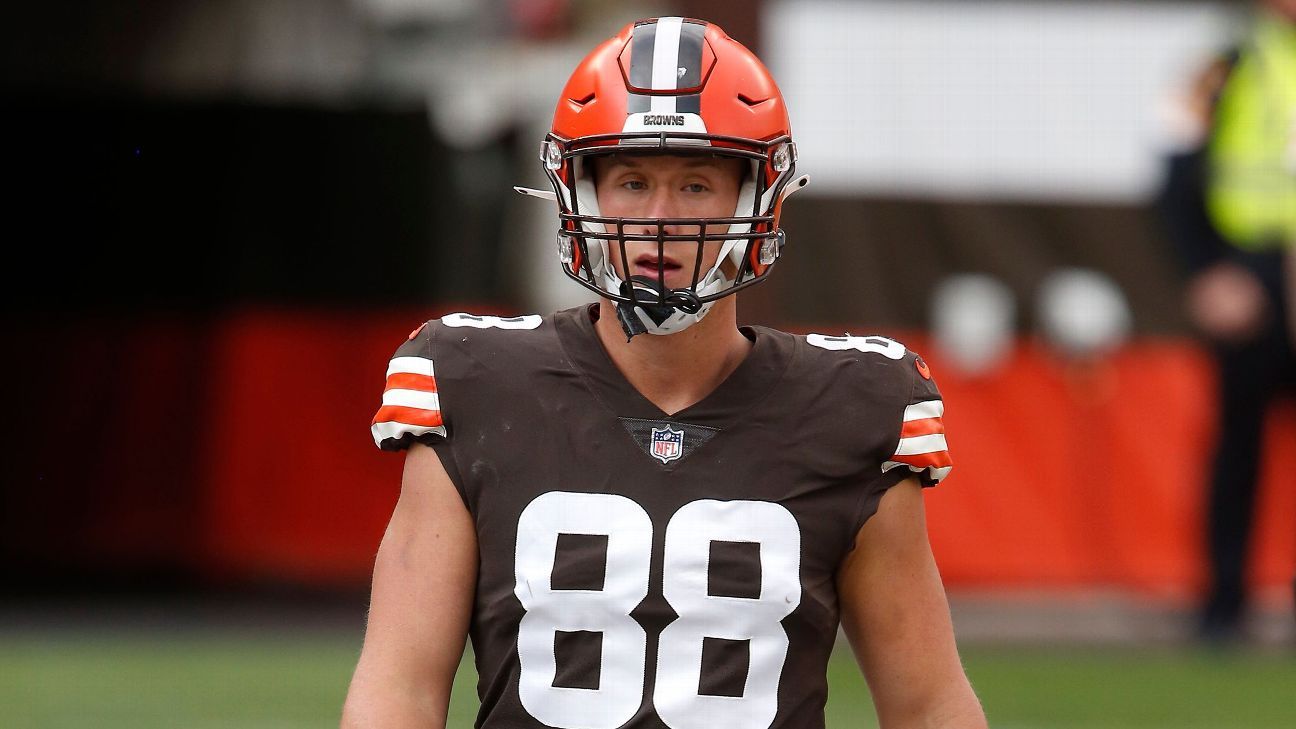 The team did not disclose whether the players tested positive for the virus or were considered close contacts.

The Cleveland Browns have placed tight end Harrison Bryant and safety Andrew Sendejo on the reserve / COVID-19 list, adding to the list of key players currently on the virus list.

The team did not disclose whether the players tested positive for the virus or were considered close contacts. If it’s the latter, they could be cleared to play in Sunday’s crucial showdown with the Pittsburgh Steelers.

The Browns did not have wide receivers Jarvis Landry, Rashard Higgins, Denovan Peoples-Jones and KahDarel Hodge during Sunday’s loss to the New York Jets. All four, along with starting linebacker Jacob Phillips, were placed on the reserve / COVID-19 list before the team’s plane took off for New Jersey. Hours earlier, the team reported that a player had tested positive for COVID-19 and placed starting linebacker BJ Goodson on the virus list.

Coach Kevin Stefanski said Monday that he expects his receiving body to return to practice by Thursday, in case they continue to test negative for COVID-19.

The Browns (10-5) face the Steelers at home this week. With a victory, Cleveland can secure its first place in the playoffs in 17 seasons.