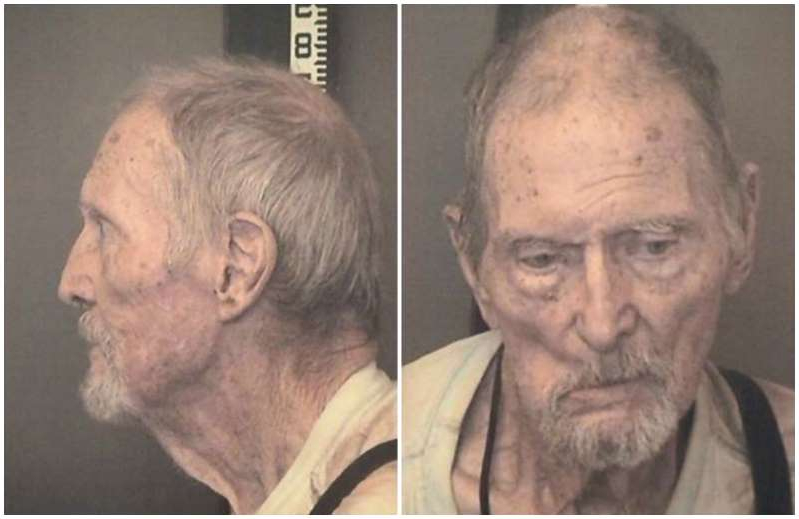 Walter James Mason entered a bar in the small town of Dayton in the state of Idaho on the curvature of the Salmon River. It was an autumn night in 1980 when he saw his wife in the company of another man, he had just gone to accuse her of being unfaithful. The bartender threatened to kick him out if he didn't take care of his language and, in effect, they ended up pulling him out.

Outside, the fight was swift and Daniel Mason Woolley, the man he had seen in the company of his wife, went out to try to separate them, according to The Washington Post. Seeing him, Mason crossed the street and went to his truck to take out two guns.

He allegedly shot Woolley in the head and then returned to shoot the bar, where one of the bullets wounded a diner in the shoulder.

The employees managed to disarm him, but Mason got out of his arms and managed to escape in his car. He circled the highway and stopped at the only other bar in Dayton. Inside, he asked for a drink and told the person sitting next to him that he had just killed a man.

Before the police arrived he had already left the place. In almost 40 years he never heard from him again.

As a result of a horse kick the left side of his face had been paralyzed. His arms and back were covered with scars, features that in principle would have made it easy to identify him. But nobody knew about Mason's whereabouts.

Until Monday the Custer County Sheriff's Office in Texas reported that they had found, almost 40 years later, the suspect responsible for Woolley's murder.

Mason had been hiding in a town in Texas with fewer than 1,000 inhabitants called Rising Star. Under the alias of Walter James Allison the fugitive rebuilt his life on a ranch 1,500 miles away from his dark past.

The aftermath of Mason's acts reverberated over the town like a stone that falls into a pond too small. His wife was the only teacher in the two-room school, according to the Post Register. After what happened, she decided to leave Dayton and there was no teacher to replace her.

For years they found no one to replace it and the children had to make the trip to the town of Challis, 24 miles on a dangerous road in winter because of the ice. The school superintendent said in 1984 that without it "there was very little left in the community," according to the Washington Post.

The fate of the town worsened with the passage of time. By 1990, the silver mine that had been the heart of Dayton was closed and the population had fallen by half. Today there are only seven inhabitants left.

It is not clear how the authorities found Mason after so many years, although his identity was confirmed by fingerprint tests. Now the defendant is 86 years old and has been extradited to Idaho to face a trial for the events of Dayton in 1980.

Mason has pleaded not guilty on the grounds that he shot Woolley in self-defense when he was afraid to see him leave the bar allegedly to assault him.