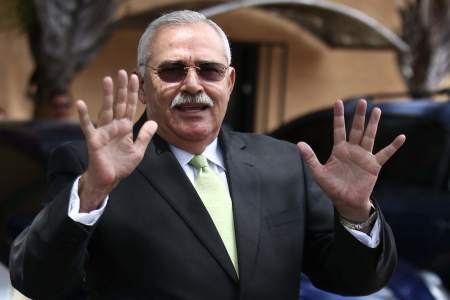 Following the accusations made by drug traffickers against the deputy of the National Party, Óscar Nájera, during the trial of former deputy Juan Antonio Hernández, he reacted yesterday saying that "that strips me, and for me it is threshed, scratched speech."

"It strikes me who wants to call me, I have my certificates from the highest Court of the United States of America on October 18," he added in statements given to HRN. In relation to his friendship with members of the Rivera Maradiaga family, better known as Los Cachiros, the politician said he has had a deep friendship with them since they were children.

“Where they want to go, right now I have been arriving from Indonesia, from Dubai, Spain, Colombia, Panama,” he said in relation to whether he would appear in the future before US justice if required.

Nájera called Honduran drug dealers who have involved him in this illegal activity as ignorant and useless to obtain a reduction in his sentences.

When consulting him about the trip that "Tony" Hernández made to the United States and affirming that he had solved his situation, he emphasized that "one should not lie, the one who lies, lies and I do not lie."

The legislator presumed to be the only Honduran to have records of courts that demonstrate his honorability. He said he was a God-fearing man and that all his heritage is well-earned through the honest work of his family.