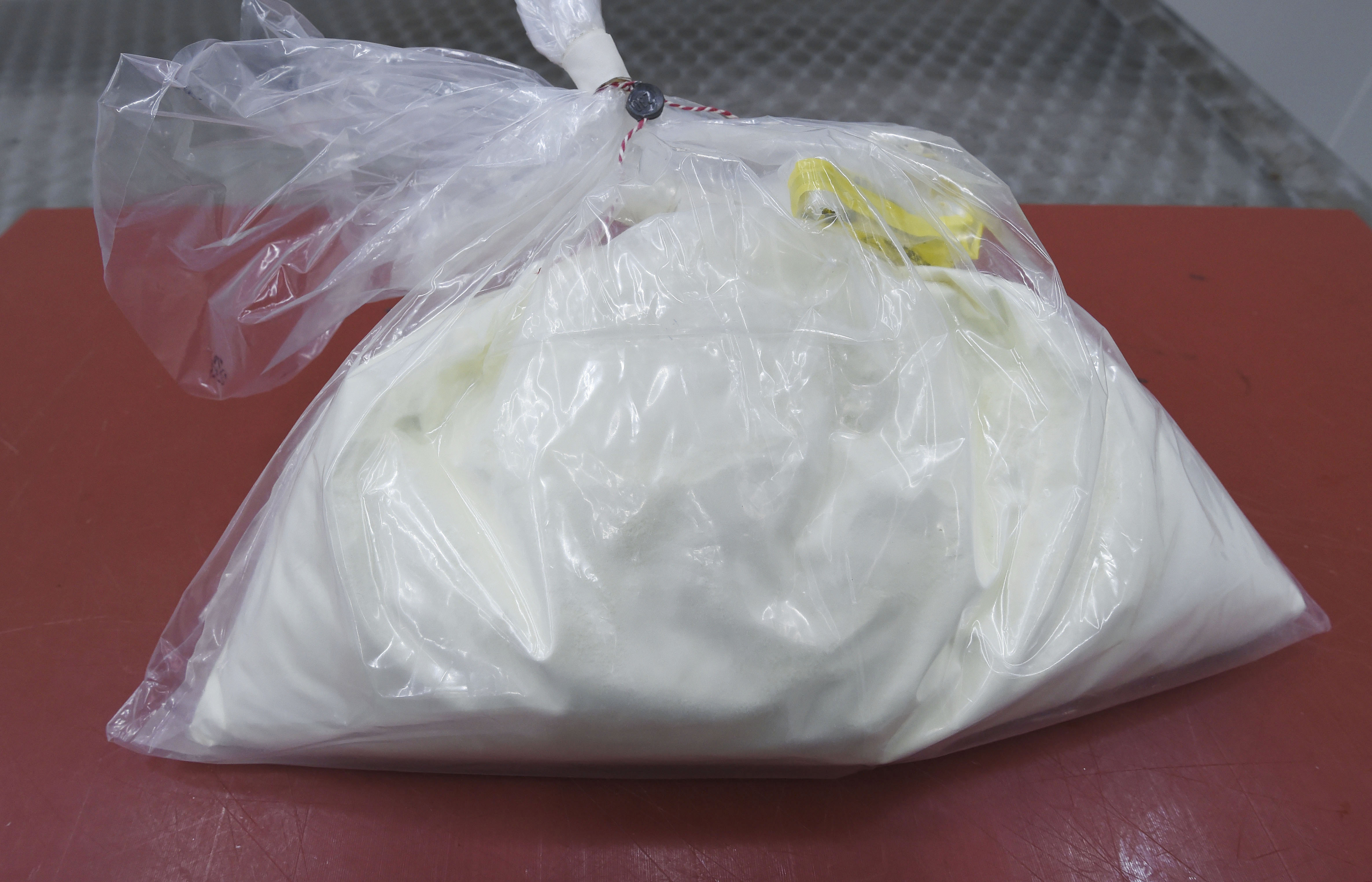 A homeless man was crossing an industrial neighborhood in downtown Oklahoma City on August 12 when police saw him. It was past 10:00 p.m. and the officers observed that the scruffy shirtless man and a shoulder bag had no taillights on his bicycle.

When they tried to stop him, Cody Gregg accelerated further and then threw the bike a few blocks ahead and tried to run away on foot. The cops reached him and inspected his backpack. Inside they found a suspicious white powder in a coffee can, according to court documents consulted by The Oklahoman newspaper.

"Inside the bag was a large amount of white powder that based on my experience and my training I thought it was cocaine," said the officer who made the review, according to the newspaper cited. "Later, the white powder inside the bag tested positive for cocaine and was a package that weighed a total of 45.91 grams of cocaine," he added.

Gregg was charged with possession of cocaine with intent to distribute and was sent to the Oklahoma County jail while awaiting his trial. He pleaded not guilty. But last week, after two months, his arrest was in August, he got tired of waiting and pleaded guilty. He was sentenced to 15 years in prison.

The Oklahoma County jail has been plagued with problems for years, such as leaks, mold, overpopulation and a suicide and death rate higher than the national average, according to The Oklahoman.

Last Thursday, just two days after receiving his prolonged sentence, laboratory results showed that the white powder was not cocaine, but milk powder. Gregg told the judge that he had obtained the milk from a food dispensary, according to the newspaper cited.

The next day, Gregg asked the court to allow him to withdraw his guilty plea, in light of the new evidence. District Judge Timothy R. Henderson granted his request and also dismissed the charges against him.

Gregg was on probation at the time of his arrest. According to court documents consulted by The Washington Post, he had been arrested on charges related to narcotics at least three times since 2014.

On Friday he was released.

The Washington Post reports that it is not the first time that a wrong laboratory result ends up in the conviction of an innocent person. Chemical tests used by police around the country to determine if a substance is illegal frequently fail.

In 2016, an investigation by The New York Times and the organization of nonprofit journalists ProPublica revealed that there are thousands of people in jail for evidence that has a wide margin of error.

A list of items that have given a false positive to cocaine, collected by the Washington Post, included things like chocolate cookies, the glaze of a Krispy Cream donut and mint tablets. Some studies cited by this newspaper indicate that a fifth or up to a third of the tests are wrong. However, the police continue to use them as a daily tool.

Gregg's story illustrates another problem: many people prefer to plead guilty so they don't have to wait months or even years to have a trial. More than half of the people accused of drug crimes based on an erroneous laboratory test pleaded guilty at the first opportunity, according to the New York Times and ProPublica study.