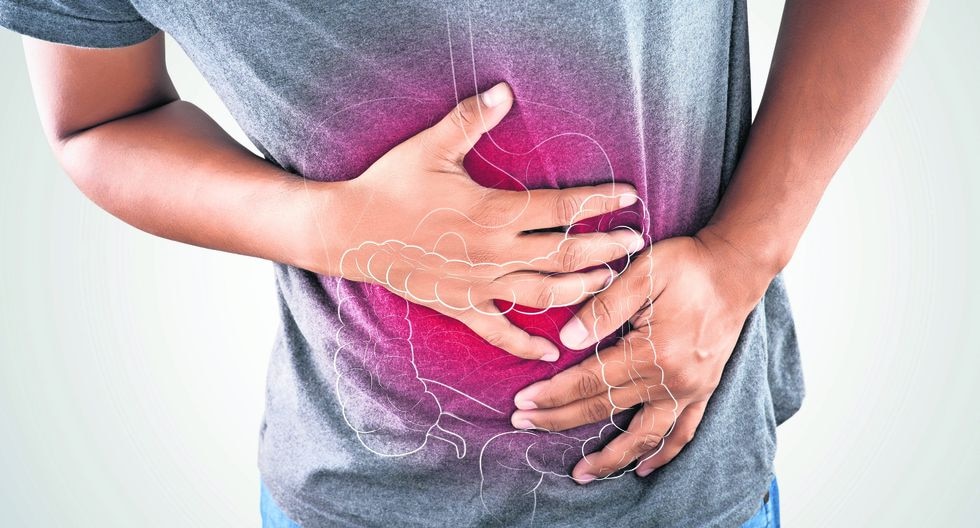 Last week, the American College of Physicians (ACP) released its latest recommendations for the early detection of cancer of the colon or large intestine, a disease that – currently – represents the second leading cause of cancer death in men and women in USA, and that in Peru – according to data from the Ministry of Health (Minsa) of 2013 – affects ten men and women every day.

Colon cancer the few cancers that have prevention and early detection. The first includes healthy eating, with plenty of fruits and vegetables, daily physical activity, not smoking cigarettes and not abusing alcohol. The second, according to the latest ACP guidelines, is very straightforward: every person between 50 and 75 must have an annual examination of hidden blood in the stool or a colonoscopy every ten years. It's that simple.

(Five of the healthiest foods for your liver)

(Keys to lose weight effectively and without affecting health)

– Blood in the stool

* It is possible to have no symptoms at the beginning of the disease, so screening tests are important. All persons over 50 must undergo an evaluation.

Below we will see some myths and truths about this disease, which – according to recent studies – is increasing in young people.

1. The colon is an organ that only serves to accommodate excrement before disposal.

The truth is that, in addition to its excretory function, the colon is populated by billions of bacteria, which constitute the microbiota, whose vital functions – such as vitamin production and appetite control – we are just beginning to understand. That is why the colon cleanses or washes that unscrupulous merchants promote are harmful procedures.

This disease affects men and women of any race and ethnic group alike. It is interesting, however, to know that it is not distributed equally in the world. Colon cancer is more common in developed countries due to sedentary lifestyle and consumption of foods high in fat and poor in fiber.

3. It is only caused by poor diet.

While it is true that this disease is directly related to the type of diet, research has shown that cigarette use and alcohol abuse can also cause it. There is evidence that lack of physical activity can contribute to its development.

4. If I have no symptoms, I am not in danger of having it.

Colon cancer is a silent and treacherous disease that develops over many years without causing any symptoms at the beginning. Even when the cancer is advanced, it can cause pain or loss of appetite, as well as weight loss and fatigue from anemia caused by invisible bleeding or, rarely, from severe episodes of bleeding from the rectum.

5. All colon polyps are cancerous.

Colon cancer originates from a small fleshy called polyp, which grows slowly for many years within the organ, and it is estimated that 10% to 20% of these slowly turn into cancer. The only way to know if a polyp is cancerous is through its microscopic analysis, obtained through a colonoscopy.

6. All blood that is lost in the stool is visible.

Colon polyps bleed in such a small amount that it is impossible to see blood in the stool. To discover that invisible blood, there is evidence of hidden blood in the stool (FOBT). They are very simple, can be done at home and should be carried out annually, after 50 years. If it were positive, one should undergo a colonoscopy.

7. Colonoscopy is a very painful and time-consuming procedure.

To be done with general superficial anesthesia, this procedure is not painful and only lasts between 20 and 30 minutes. It should be done after the age of 50 and repeated every 10 years if the results were normal. Obviously, it is necessary to clean the colon with purgatives one day before the exam.

8. This cancer is a death sentence.

False. If colon cancer is discovered early and is localized (stage I), 92% of patients live and are free of the disease five years later. In contrast, only 11% of people with advanced or metastatic cancer (stage IV) survive five years. Because more than 90% of cases appear after age 50, the key is early detection from that age.

9. Your treatment involves carrying a colostomy bag for life.

Colostomy is a method that allows excrement to be collected in plastic bags attached to the wall of the abdomen. Modern surgical techniques have caused colostomy bags to be used very rarely, even in tumors that appear very close to the rectum. Nor is it true that operations are bloody and disfiguring; At present, a laparoscopic operation is performed, which leaves minimal scars on the skin.

10. It is always hereditary.

That is not true, because 75% of cases of colon cancer occur in people who have no relatives with the disease. Whoever thinks that having no close relative with this disease is free of it, is making a fatal mistake. Actually, this concept is true for all types of cancer.