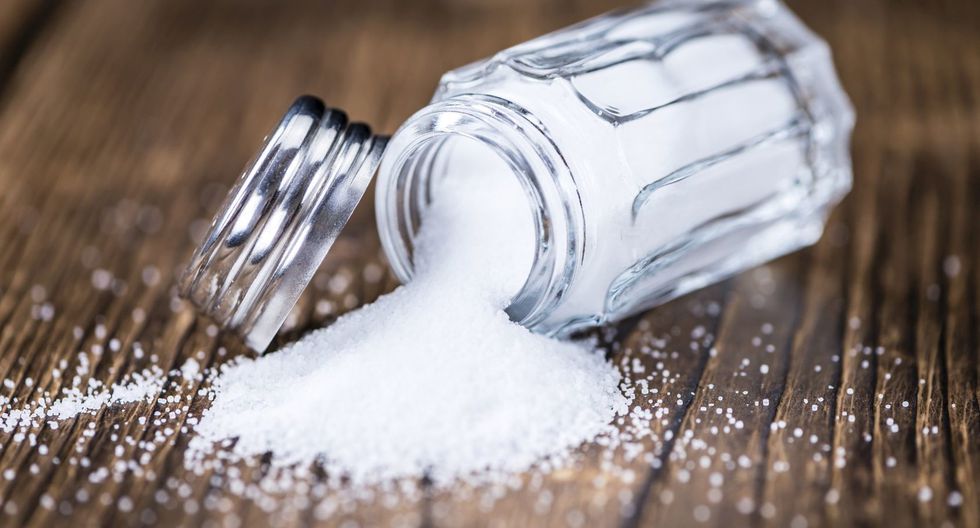 If we do not have much time, boiling water and preparing an instant soup seems a fairly viable solution: easy and quick to make. However, trying to steal a few minutes a day in this way does not make any grace to our body. In this meal alone we would have consumed 1,200 mg of sodium, more than half of the daily intake recommended by the World Health Organization (WHO).

Sodium occupies a predominant place in our diet and in our eating habits. And it is not for pleasure. Indeed, our body needs it for the different chemical processes that occur inside. It is therefore an essential substance for the body to keep fluids in balance, transport oxygen and nutrients, and allow the nerves to stimulate with electricity.

(How many teaspoons of sugar a day is recommended to consume at most?)

(How much sugar does yogurt really have?)

In that sense, the salt we use in our kitchen (composed of 40% sodium and 60% chloride) is one of the main sources of sodium in our diet, although it is not the only one. We also find sodium naturally in a wide variety of foods such as milk, cream, eggs, meat and seafood, as well as added product in processed foods.

The problem is that its excessive intake brings dangers to our health. "Excess salt causes our body to retain more fluids, which causes the increase in blood volume, in turn increasing blood pressure," explains Claudia Serrano, nutritionist at the Anglo American clinic.

“By increasing blood pressure the endothelium (which is the wall of the arteries) is damaged. It becomes very rigid. And the endothelium needs to be very elastic to carry blood. The result could be an arteriosclerosis or heart attack problems, to name just a few, ”he adds.

In Peru, according to the Demographic and Family Health Survey (Endes) 2018, arterial hypertension affects 20.1% of the population, a figure that has been increasing in the last four years.

Ms. Serrano also says that too much salt could cause kidney damage. As the kidney is one of the organs that most controls the balance of sodium in the blood, it would be forced to work others, causing problems in its proper functioning.

In addition, high salt intake can also generate the metabolic syndrome, which is the mixture of diabetes, hypertension, dyslipidemias and cardiovascular diseases.

According to the WHO, adequate consumption should be less than 2 grams of sodium or 5 grams of salt; that is, when we talk about salt, the equivalent of a teaspoon of tea. However, in Peru most people consume 9 to 12 grams of sodium (between 4 and 6 grams of salt) on average: more than double the recommended intake.

According to Serrano, the high level of salt consumption is due to the fact that the Peruvian usually has a very demanding taste palate. "Unfortunately, sodium is the one that increases the sensation of palatability, and here the seasonings, condiments and even peppers are prepared with salt and sodium."

"In addition, we are being a country that, almost like a developed one, has a high consumption of ultraprocessed foods, which in themselves have a high sodium content," adds the expert.

It is not easy to keep track of how much salt we eat in our daily lives, since it is also found naturally in a wide variety of foods.

In addition, on product labels, manufacturers sometimes mention sodium but not salt, which may lead us to think that we are consuming a smaller amount of this seasoning than we actually eat.

We must also bear in mind that a product does not necessarily have to be salted to be a source rich in sodium. For example, candy or refined cereals, although mainly sweet, may also contain a good amount of sodium.

Candies can also have a high sodium content. (Photo: Pixabay)

In June, the use of warning octagons came into effect in Peru, which should be placed in the packaging of industrialized products with high sodium, sugar, saturated fat or trans fat content.

This measure tries to help fight the problem of obesity and other ills, but it is equally substantial that each of us know the average amount of salt consumed per day so that, if necessary, reduce their intake. Being aware of the nutritional content tables that have the food we buy is also important.

The National Institute of Health (INS) advises the following to limit salt intake:

• In stews, soups and other prepared meals, do not add extra salt at the time of consumption.

• Season preparations with natural ingredients, such as garlic, onion, tomato, pepper, oregano, muña or other aromatic herbs, instead of commercial seasonings that contain a lot of sodium.

• Read the labeling of the products carefully and choose foods with less than 0.25 grams (250 milligrams) of salt per serving avoiding those with more than one gram per serving.

• Go to a health professional to get a specialized treatment, and get advice from a nutritionist for a meal plan that meets our needs.

On the other hand, the nutritionist of the Anglo American clinic recommends not forgetting physical activity, which counteracts the harmful effect that sodium consumes in excess, and drink plenty of water, because we eliminate excess sodium in the urine.

In the same way it always advises to include potassium in our diet, as it helps control sodium. This element is found in foods such as bananas, orange, avocado and in green vegetables, such as broccoli or cabbage.