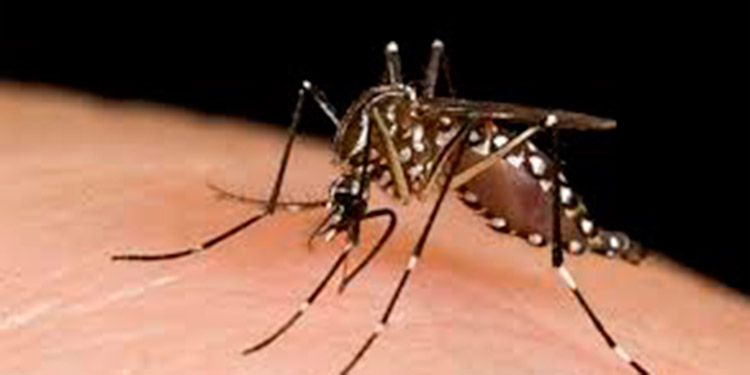 The Health authorities analyzed last weekend to turn on the alerts to the Eastern or Eastern Equine Encephalitis (EEE) disease that spreads in the United States and is transmitted by the same mosquito that is attacked here by dengue.

Eastern Equine Encephalitis (EEA) has already caused the death of at least four people in some states of the American union.

Although there are still no cases of this disease in the country, the problem lies in the multiple number of people traveling between the two nations.

This situation can spread through mosquitoes that can infect other animals, and by biting humans, causing infection and brain inflammation.

The representative of the Pan American Health Organization (PAHO), in Honduras, Piedad Huerta, explained that so far the disease has not occurred in the country, but an alert must be maintained.

"There is no data that the disease is in the country, it is a disease that must be kept under surveillance, we must be alert and considering that we live in a globalized world, where communicable diseases can pass from country to country," Huerta said.

In Honduras, despite the dengue epidemic, the authorities have assured that the disease has not reached the country.

He stressed that the implementation of the international health regulations in the country should be essential to monitor and be vigilant to prevent the entry of these diseases, either by people or by animals.

In several communities in the United States an alert is maintained for the dangerous virus, in the State of Michigan a maximum alert is maintained, after a 14-year-old girl contracted the Eastern or Eastern Equine Encephalitis virus.

The minor was bitten by a mosquito and in this state three other suspicious cases are being investigated, while in Massachusetts about 30 communities are at critical risk.

Health experts have warned about outdoor activities between sunset and sunrise, so as not to be bitten by the transmitters of this virus.

And as a stronger measure in some cities, curfews have been imposed, as the disease kills 50 percent of infected people.

Although there is no presence of the disease, PAHO recommends keeping an alert.

According to American epidemiologists, "this virus is much stronger, since 50 percent of people who get infected are going to die, because we don't have specific treatment against this virus."

But the situation is not so favorable for those who recover from this disease, "when people recover from suffering from the virus, there is a percentage that for the rest of their life they will have serious chronological problems," the specialists detail.

The symptoms are fever, headache, stiff neck, lack of energy, disorientation, fatigue and subsequently the symptoms get worse until the patient is taken to a coma.

So far there is no vaccine, direct treatment or any cure for the fatal virus, since four fatalities of EEE disease are reported in the United States.