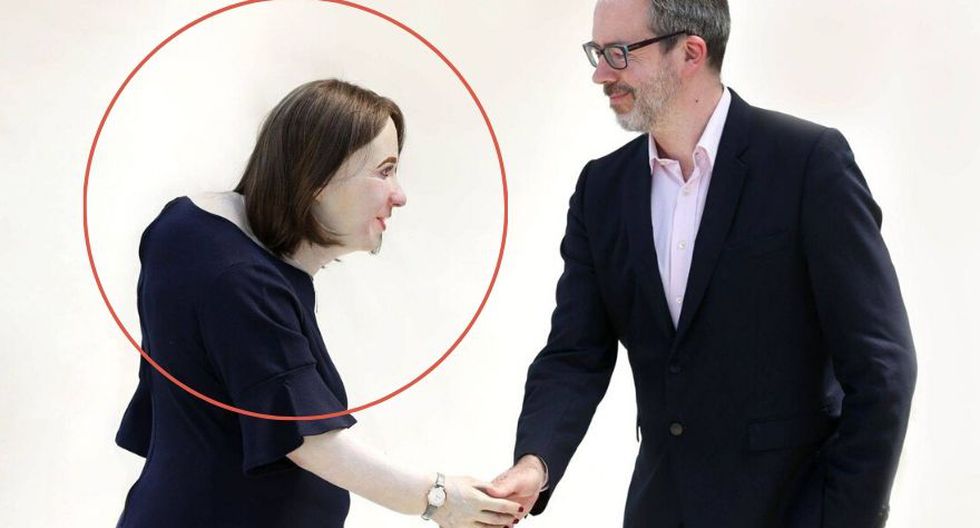 The consequences of sedentary life on health and the body are analyzed by experts from around the world. But on more than one occasion the effects of modern lifestyle on workers have been exaggerated.

The company Fellowes, dedicated to the elaboration of ergonomic furniture and other office products, announced Emma, ​​a doll that presents a series of physical problems that have drawn attention: she has a huge hump, red and swollen eyes, varicose veins, hairs on the nose and ears.

– (How a museum camera helped a visitor discover she had cancer)

The company says that, due to modern life, the workers of 2040 will look that way, but how much scientific basis does this model have caused alarm in many people?

Fellowes says that Emma has been the result of an investigation in which they worked with a "futuristic behavior" and a team of experts in ergonomics, occupational health and well-being at work. From this they created six models for each country where they sell their products.

In the report presented, the firm also indicates that they obtained information for their research through an online survey on occupational health habits, and that this finding was conducted by Virgo Health, a market research agency and not a university or health center, as is usually done in medical studies.

It should be noted that unlike this study, research with scientific rigor is analyzed by peers, that is, by experts outside the research. After its methodology and results were evaluated and passed the established filters, an indexed scientific journal publishes the study. In this case, Fellowes has not published the study signed by William Higham in any prestigious magazine.

A similar case was presented a few months ago when the company TollFreeForwarding used information from various studies and put them together to create a 3D image of what they claimed would be the appearance of a person in the year 3,000.

Mindy was created by TollFreeForwarding.

Thus they obtained Mindy, a hunched human being, with a thicker than normal skull, small brain and claw hands. As in the case of Fellowes, the results of this report were neither peer reviewed nor published in recognized journals.