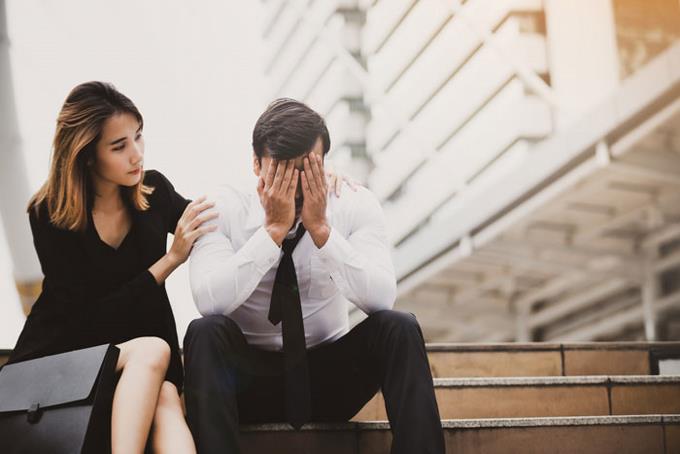 "I would do my utmost to achieve it", "I would not waste time, I would walk fast", "I would throw myself into the sea if necessary to save him", "I would make any sacrifice", "I would cry to God, only He can do it in such a short time "," Pray "are some of the answers to the question of what to do to help a person face an imminent danger of death with few seconds to act.

And they show that people are willing to do, although when it comes to a potential suicide, the big problem has always been to identify those signs that could lead someone to take their own lives.

Dilcia (fictitious name) told her boss that her head hurt a lot, so she decided to dispatch her home earlier.

Upon leaving work, she asked a friend to take her to the Malecon in Santo Domingo to distract her mind and forget her physical condition. Minutes after his friend left her there, he sent him a WhatsApp message in which he told him that he would throw himself into the sea.

His friend did not arrive in time to avoid it, which he could do if he had identified that isolation signal as a suicidal thought and the place where he left it alone, a potential risk to realize it.

Like Dilcia's, about 800,000 similar stories are repeated year after year in the world, at the rate of suicide every 40 seconds.

The signs of a person who tries to take his life regularly go unnoticed by people around him or are minimized because there is a false belief that whoever says it does not do so or that it is blackmail if he has already expressed it several times , especially when it comes to children and teenagers.

For this reason, with the slogan "40 seconds to act" and the slogan "Together we can save lives", the World Health Organization (WHO) commemorates today October 10 World Mental Health Day, dedicated this year to suicide prevention, the second cause of death among people aged 15 to 29 years.

In the case of the Dominican Republic, one person commits suicide every 15 hours and an average of 565 per year.

According to the WHO, another worrying figure is that for each suicide there are 20 failed attempts and those who survive a first attempt are at greater risk of trying again.

“Each suicide is a tragedy that affects a family, a community or an entire country and that has lasting consequences on people close to the victim,” the appendix of the United Nations Organization says on the occasion of the date ( Un).

It is, he warns, a very serious problem historically neglected by governments, so that people at risk do not receive adequate support when they need it.

WHO cites four central interventions to help prevent suicide: Restrict access to the means of suicide; Encourage the media to present encouraging stories and not to use sensationalist language when they report on the subject; promote programs aimed at young people in schools acquiring attitudes to face life and identify suicide risks as soon as possible, to offer timely support.

It suggests to governments to launch a national suicide prevention response and to society as a whole, to be informed about the issue to reach out to people who need help.